Survey points not showing up for certain locations?

I have been using Survey123 primarily to collect location points of storm drain markings. I created the survey about 3 months ago and everything has been going pretty well until just recently. When I collect a data point, it shows up in the data tables/maps for the form and for the hosted layer, but only occasionally shows up in the table and the map for the hosted feature layer view.

Below is a practice point (location 1) I put in that shows up on the hosted feature layer view (it was entered today, but back-dated for July 16th). 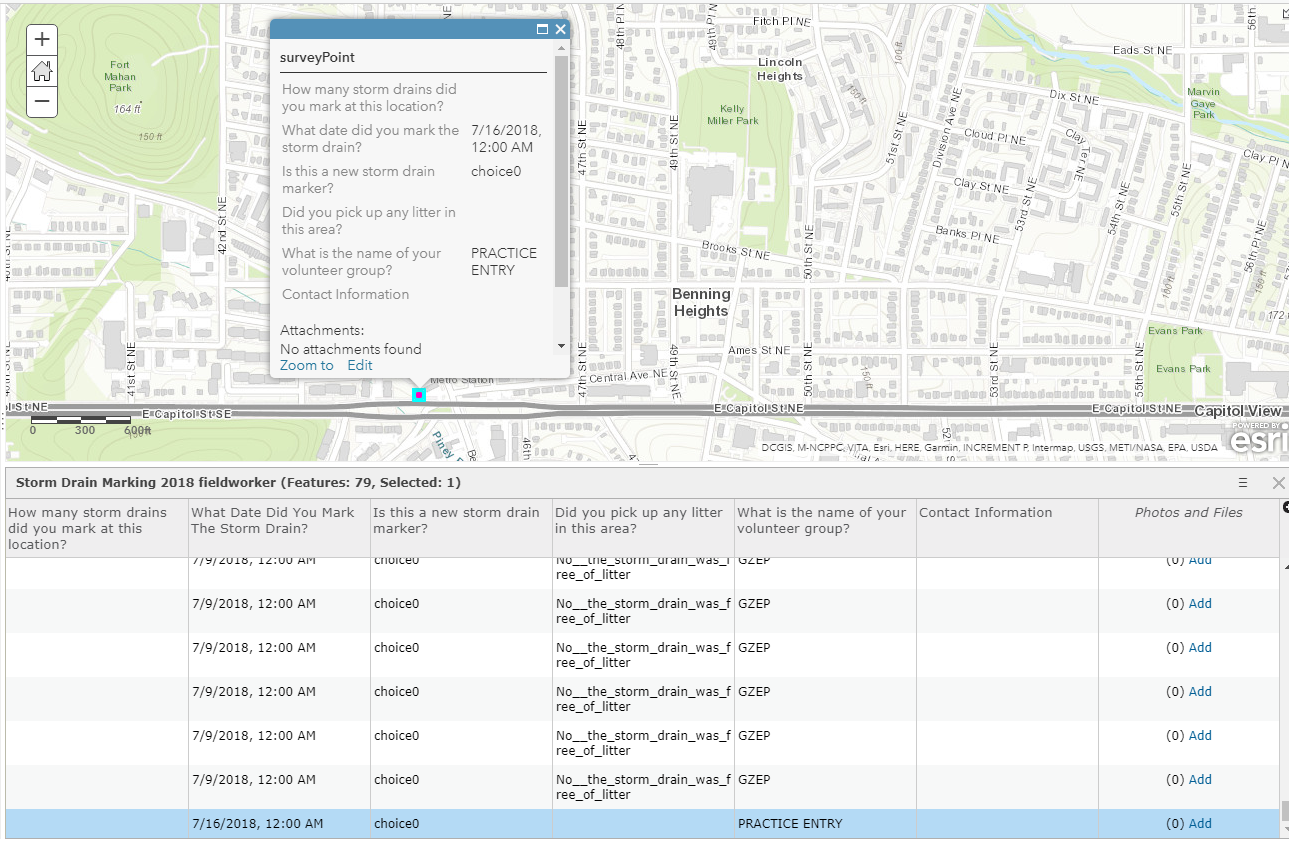 Then, if I click "edit" and move the location of the point just down the street (location 2), it is no longer in the table. If I refresh the map, the point is also no longer on the map. This only happens for some locations, though. If I edit it and move it west, it typically will still show up on the map and in the table. 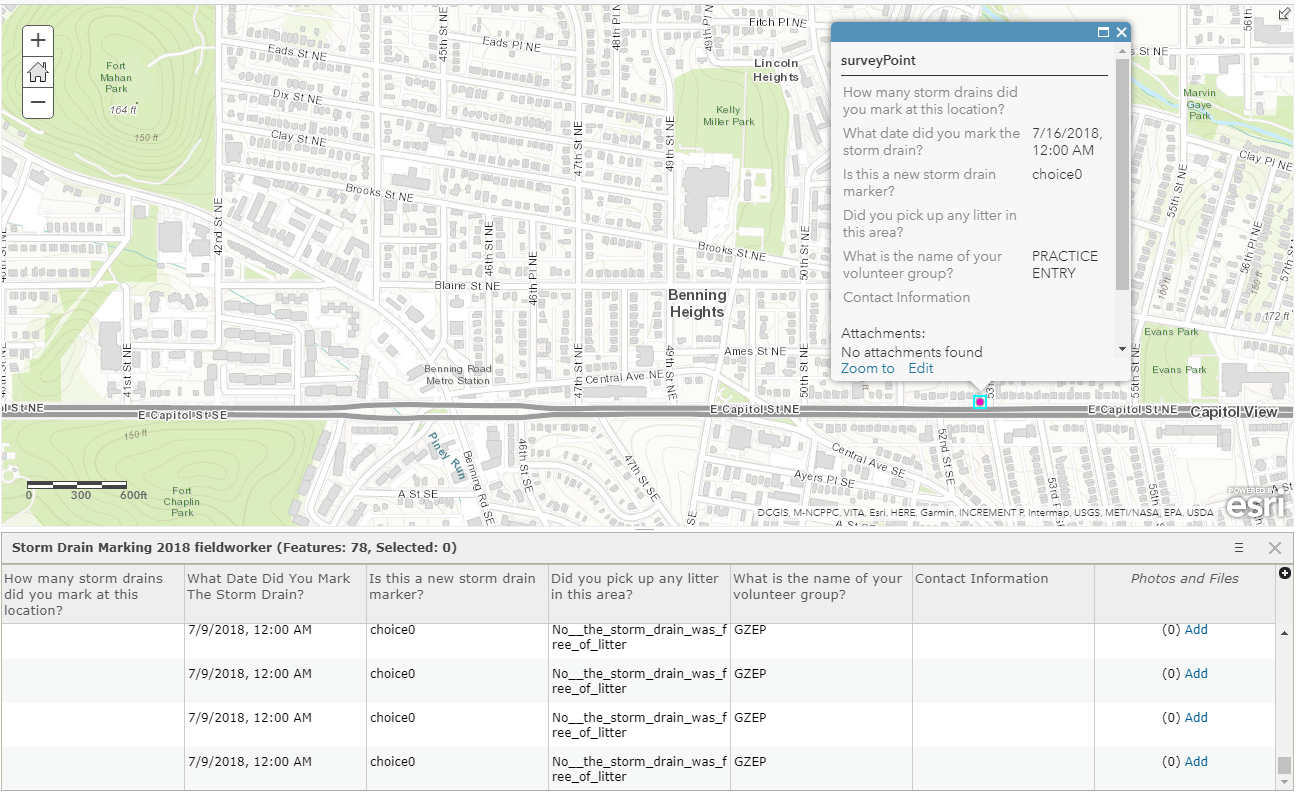 However, after editing the point and moving it, it's still recognized by the hosted feature layer and the Survey123 data tab. 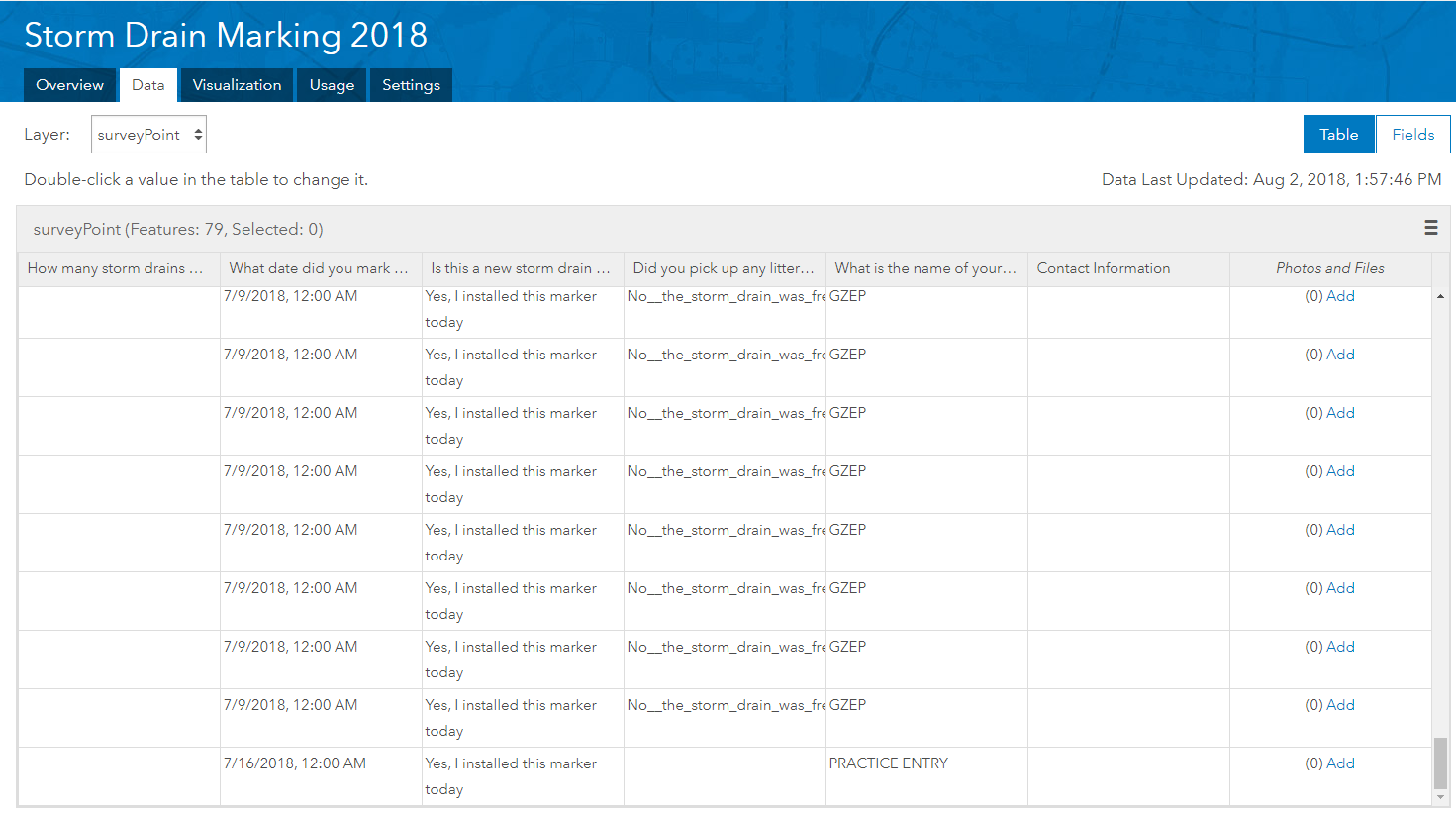 This problem occurs even if I were to make a brand new submission thats placed on location 2. It feels like there are sections of the city that are not allowing me to submit data to the hosted feature layer view.

All submissions are being made by the Survey123 app (updated this morning). I tried a few from the browser survey as well, but those didn't seem to work wither.

Any advice on how this could be happening or how I could fix it? I'm unsure if it's user error or if I have a setting that's interfering with it, or what.

Hi Savannah - are you able to share the FS and view with me: jhasthorpe_survey123.

and the Survey itself: https://arcg.is/1Hfrrz

I have taken a look at your data. I was not able to move a point in the view (due to permissions), but I could see your example point. Could you try deleting the field_worker view item in AGOL. Then re-share the survey through the collaborate page of the survey123 website (this will create a new view). Then please check if the issue persists.