How to integrate related indexes with Survey123 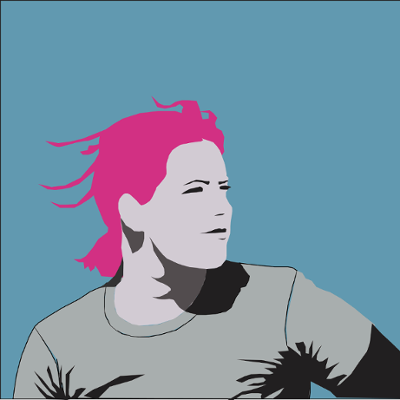 Hello, I'm not sure if I'll be able to explain this well, but we're looking to replace our paper recording system with something digital and were hoping that Survey123 might work. Working on archaeological excavations we work with a number of indexes that all revolve around a central context number (our primary key). We'll have a Context index, so that we can check which is the next number to take, and to give a summary of that context. We'll then have another bigger form for context detail. This is just a 1:1 relationship. There are also additional indexes for photographs, samples taken, and many more, all linked by context number but with a 1:M relationship (one context can have many photos, etc). These are then all usually typed up into spreadsheets, then linked in ArcGIS Pro to a polygon that represents each context, which is either surveyed by GPS, or scanned from a paper plan and digitised.

We've had no problem replicating the main detailed context form in Survey123, and I think we can link it to a Trimble Catalyst GPS using either a geoshape in Survey123, or with Collector (though I'm not sure of the best workflow here). However, we're a bit flummoxed to work out the best solution for the indexes. We need to be able to see which numbers have already been used so as not to duplicate (autonumbers are not an option as they are not always sequential). We would be using mobile devices and so ideally we would have the indexes easily accessible alongside the Survey123 app (all integrated into a complete app would be nice, but I imagine tricky).

I've been looking into all sorts of things, like AppStudio, Integromat, etc, but I just can't work out whether we're better off just having shortcuts to a bog standard Google Sheet for the different indexes, and just using Survey123 for the main form. It would be much nicer, though, if these indexes (or at least the 1:1 context one if nothing else) could be automatically generated from the main form to save on multiple data entry, so perhaps a summary function of some sort, that we could run from a button to allow us to see these as a list, even if it's just a temporary display?

As an aside, could repeats be the way to go for the 1:M indexes? Though certainly for our on-site workflow for the photographs it would easier to fill in the index and it feed back to the main form rather than the other way round, which I suspect s a step too far!

I realise there's lots of questions here, and probably not a lot of clarity, but any pointers would be really appreciated!

Thanks for the detailed explanation.  I have a couple of questions to clarify:

- How are the Context index numbers generated?

- Will your workers be working in an area where they would be offline/disconnected from ArcGIS Online or ArcGIS Enterprise (whichever you use)?

It is possible (through a custom javascript function) to scan through a list of values to determine which have already been submitted to the table.  There can be some coordination issues if people are offline or if 2 people ask for the next number within a short time.  The alternative would be to 'issue' numbers (like a preprinted form that has a unique id) by creating records before going out to the field, assigning them to your workers (the equivalent of handing out the preprinted forms) and the workers using the Inbox to load the pre-assigned IDs.  These processes can be very specific to the data model you have, so it's a little hard to get in more detail without better knowledge of that.

Yes, repeats do represent a 1:M relationship in the form and can be used for that purpose.  I will note that image questions now support a multiline appearance to capture multiple images for a question in the parent record, but if you are wanting any metadata (description, location, etc), you should place the image question inside a repeat.

Hi James - thanks for the reply! Our indexes are usually just a piece of paper with a sequential list of numbers that are assigned when a new feature is found. However, sometimes the numbers can start differently if they are in a different area. For example, in Trench 1 the numbers will start at 1000, in Trench 6 they will start at 6000 (on a different piece of paper in that trenches record folder). It is highly probably that workers will be offline.

What is important though, is that people should be able to view (perhap live generation) of a list of numbers already used, and what features they refer to as reference. We can do this in MS Access as a report which we could view, but I'm not sure if something similar could be done - maybe with the notes section?

When offline, this is difficult as the data must be submitted to the feature service to compile the master list.  Certainly on device, you can see the list of id's collected - you can include the id used in the instance_name of a record.  In-form, you can also use a notes section to print out the information if it's stored in a repeat - I would suggest creating a 'label' inside the repeat as a calculate (non visible) question and then use the join() function in a note to concatenate the labels together with a new line (either \n, which is text, or <br />, which is HTML).

Thank you - this gives me a lot to think about and play with!

Overall though, you seem to be saying the Survey123 is probably our best bet here, which is what my feeling was in terms of which technology to use, so that's comforting. I'm assuming it can be linked to other things like appstudio/dashboard/arconline later on, once the under the hood stuff is set up.