I try to download some of my surveys generated with survey connect and I get a json error. I have an a tablet HUAWEY T3 , android 7 update.
The same thing happens with any survey . The same surveys they can be accessed from another android devices

Can you provide the version of Survey123 you are using?  This sounds like an issue that we believe we addressed in 3.1 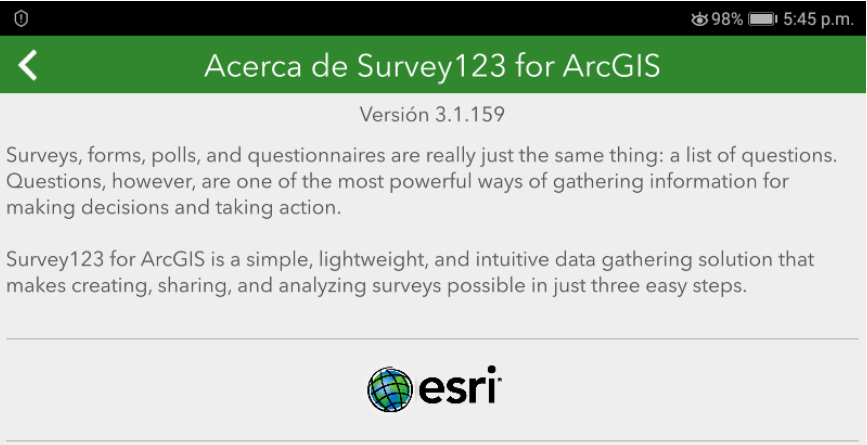 Hi James Tedrick‌  Any ideas to use my survey? I have to wait for another version or download some previous one - how?

You are currently using the latest version of Survey123.  This may be a particular issue with the form- could I ask that you turn on logging during a download attempt (see Troubleshoot—Survey123 for ArcGIS | ArcGIS, simply turn on logging to write to a file) and then share the log results after an attempt to download (you should find them in the /sdcard/ArcGIS/AppStudio/Logs directory of the phone).

I have this same problem on my Android 6.0 phone 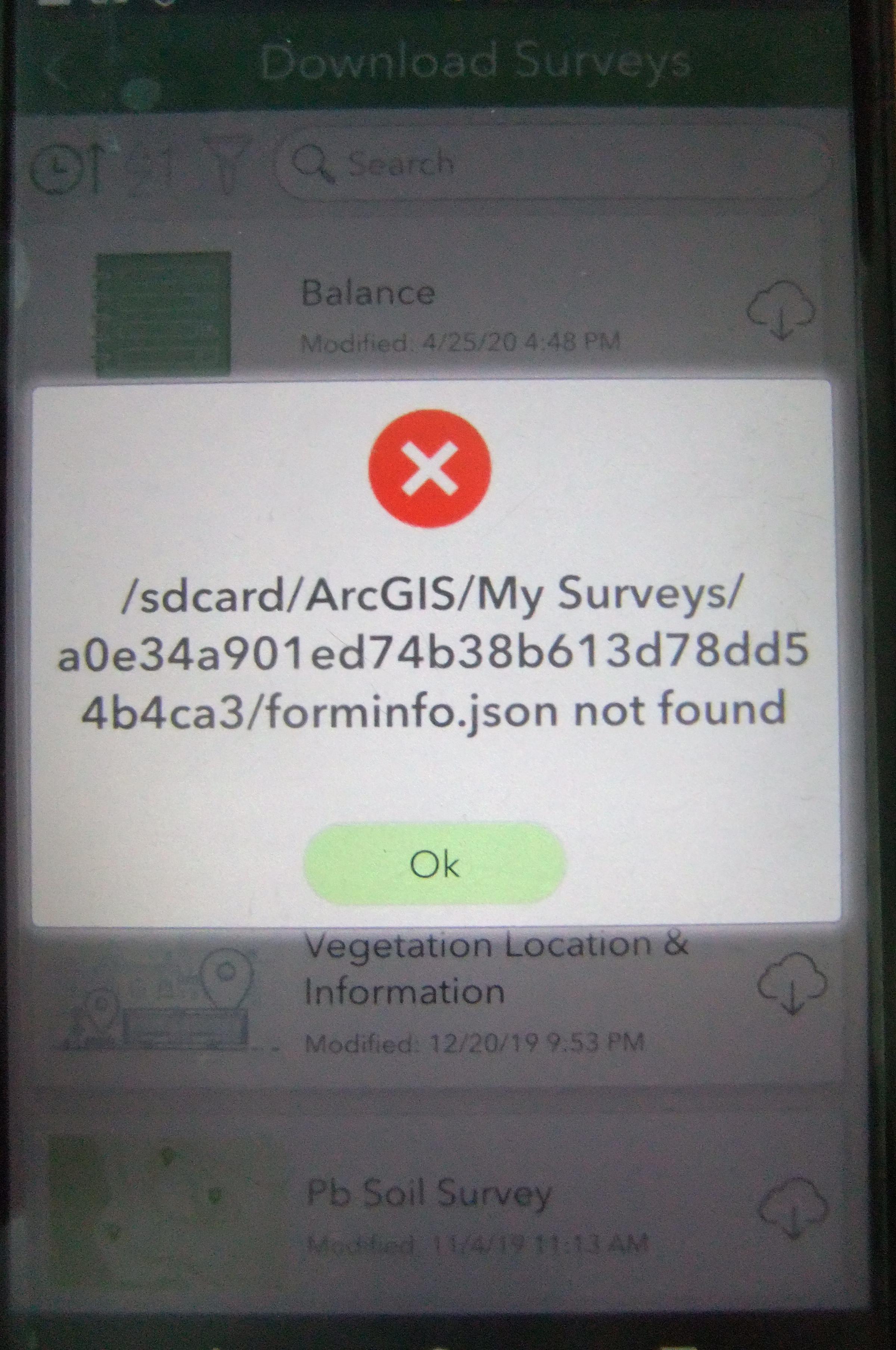 I had 2 surveys downloaded to this device and both were working fine, but then I cleared the cached data in internal storage for all apps trying to free up more memory, and apparently this cleared all the surveys I had downloaded and all my Collector maps. Now I get this message when trying to download any survey, including ones I previously had downloaded to the device. Survey123 is set to use an SD card as storage. I tried to turn on logging like suggested above, but I can't find an AppStudio console nor a log file (my computer says the SD card is blank, but my phone says 13.03 GB is used). Perhaps this is mostly an Android problem but if you can offer any suggestions that would be great.

I tried logging out and logging back in but I still get the same error.