Any plans to support multipart? (for streams)

I do not think any apps support multipart now, and I doubt they will.  But wanted to ask just in case.

Anyone have any interesting workarounds?  It is legacy data so hard to change at this point.

Asking a different way.  How are people handling streams? 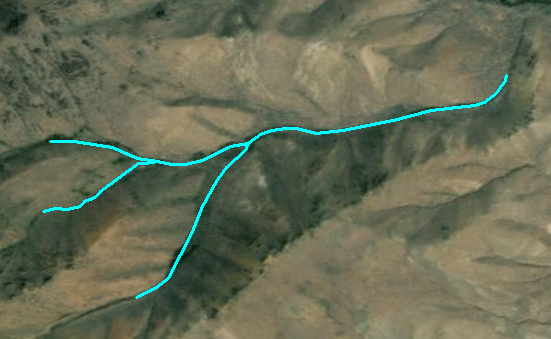 I can find no way to do this in any app from Esri.

We have not this with streams but with habitat areas (polygons) that needed to be multipart. Data was collected in Collector.

Our clunky solution was to add a field in the attribute table that was basically multipart? Yes/No. Data collectors answered the question in Collector.  In combination with an Area Name filed, we were able to dissolve/merge polygons, sometimes manually when there were typos in the Area Name field. It was not really an automated process, but luckily the project only captures a few hundred polygons a year, and it would not have worked for a project where the multipart shapes had to be multipart right away.

If there is a way to do it in an Esri app, I would be interested to know about it.

My other idea was to go single part and have them do polygon 1, then open the survey as a copy, change geometry to polygon 2, send.  At least they only have to fill out the questions once.  Then just have dup ids in the DB and dup data and just be ok with it.  This would help with the double count problem when summarizing also.