Working with EXIF image metadata in Survey123 for ArcGIS

Digital cameras typically embed metadata at the point of capture into image files. EXIF (Exchangeable Image File Format) is the most widely adopted standard for encoding this metadata within the photos you take.  Some common data fields include the camera make and model, its serial number, the date and time of image capture, the shutter speed, the aperture, the ISO speed setting...  If a GPS is available to the camera, EXIF will also include the location from which the photo was taken and also the direction.

All the above information can be critical so we added quite extensive support for EXIF data within Survey123 for ArcGIS.

Preserving and capturing EXIF data with your photos. 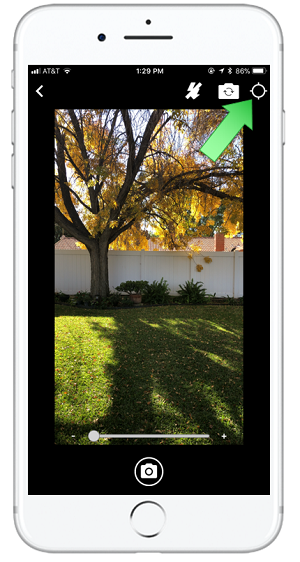 The Survey123 field app is designed to preserve and capture EXIF data whenever possible.  When a new image question is added to your survey, you can use the Survey123 app to either browse for an existing photo, or use your device's camera to capture a new one.

If you browse for an existing photo, the Survey123 app will preserve any existing EXIF data in case at some point you want to download the photo from ArcGIS and extract the EXIF metadata.  This is important particularly when you use high-end cameras that write EXIF tags of your interest, or when you simply are handed a photo from someone else.

If you choose to capture a new photo with the Survey123 field app, not only EXIF metadata will be populated according to the  capabilities of your device, but also a handy GPS button will be available so you can refresh the GPS coordinates from your device right when you take the photo. The reason why this is important is because the GPS in your device may not have fixed the best possible location when you shoot the photo. By using the GPS button in the Survey123's app camera widget you can help getting the best possible location into your EXIF's metadata.

The Survey123 website has built-in reporting capabilities that let you look at basic EXIF metadata in photos submitted. Simply go into the data tab, and expand the Individual Survey Response report for a particular record. Simply click on photos within the report to access basic EXIF metadata such as the coordinates and direction where the photo was taken, the device used to capture the photo and the date and time.

My favorite feature in Survey123 in regards with EXIF is the ability to write expressions in your XLSForm that will automatically extract EXIF tags from your photos so you can build data validation rules in your smart form and even store this EXIF tags as attributes in your features.  This means that later on you will be able to easily query your EXIF metadata within ArcGIS without any post-processing.  A classic example is extracting the GPSImageDirection tag into an attribute, so you can later use it to rotate your symbols on a map, or the GpsLongitude and GpsLatitude tags to later map the location of the photos. Other handy tags include ImageWidth, ImageLength and ExtendedDigitalZoomRatio which give you information about the size of the image as well as the optical zoom level used (if any) when the photo was captured, and of course the ImageDateTime tag as well

You can extract the EXIF tags using the pulldata() function, which we extended specifically for this purpose. The syntax is as follows:

There are over 300 tags in the EXIF specification, although there is no guarantee that all of them will be populated. It varies a lot depending on the device.  The table below shows the most common ones.

To get you started quickly with the use of the pulldata() function, I recommend you have a look at the EXIF XLSForm sample included with Survey123 Connect for ArcGIS.

In most cases I see the pulldata() function being used to simply persist EXIF tags from photos as attributes in your feature service, but you can also use them to build input data validation logic. For example, you can compare the location of a geopoint question in your survey with the location of a photo and prevent the user from submitting if the distance is bigger than a particular threshold. You could also display a warning if the user attempts to use a photo that was taken a long time ago etc.  This is were you get creative to get the best out of Survey123...

http://www.exiv2.org/tags.html - tag descriptions. Scroll to the bottom of the page for the GPS tags 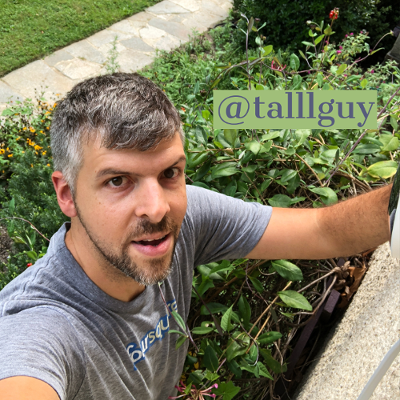 There is a small discrepancy between the image direction tag name used by Survey123 and the Exiv2.3 specification: GPSImgDirection -vs- GPSImageDirection. Note that one tag has 'image' abbreviated.

The same holds true for the GpsImageDirectionRef data.

Here's a test form on Dropbox that dumps every possible tag in the Esri list text fields so I can determine the best data type to use in future implementations. You can see the two different spellings versions in there.

Sure. Sorry, I recently moved away from Dropbox. Here it is again.

Is it possible to populate a text field using the photo name survey123 assigns to a photo that has been taken?

For example, say I take a photo and survey123 assigns the following name image-20180627-210709.jpg, can I populate a text field with that filename? I keep getting requests at work for the reports to contain not only the image but also the image name.

Is access to the EXIF tags limited to only Survey123 or is possible to grab them with ArcGis API for Python or ArcPy?

It seems like survey123 doesn't get the location automatically about 20% of the time and I wanted to fix the position or fill in a null position with the picture location if available.

It is possible, though you would need to bring in a module like https://www.math.u-psud.fr/~bousch/exifdump.py or ExifRead · PyPI  to process EXIF information.

Awesome Thank you for the links. James this is perfect

First of all is it possible and how would I do it? No worries if this functionality isn't possible. I have exifread and could populate the table after the fact.