It would be great to embed more things natively in Story Maps along the lines of indicators and graphs (such as those found in Dashboards) that could sit in to a story next to the linked map in the Sidecar view. For example, a graph that breaks down the map's data, an inline legend/feature popup, or indicators showing counts/statistics of map features shown.

An quick interim workaround could be to allow the embedding of 'mini' Dashboards in Sidecar's content area - this would allow for embedding (but not linked) dashboard counts/graphs to be added inline and sit alongside the main map - at the moment it is restricted to displaying it as a card only. Here's an example mocked up using a third party embedded graph: 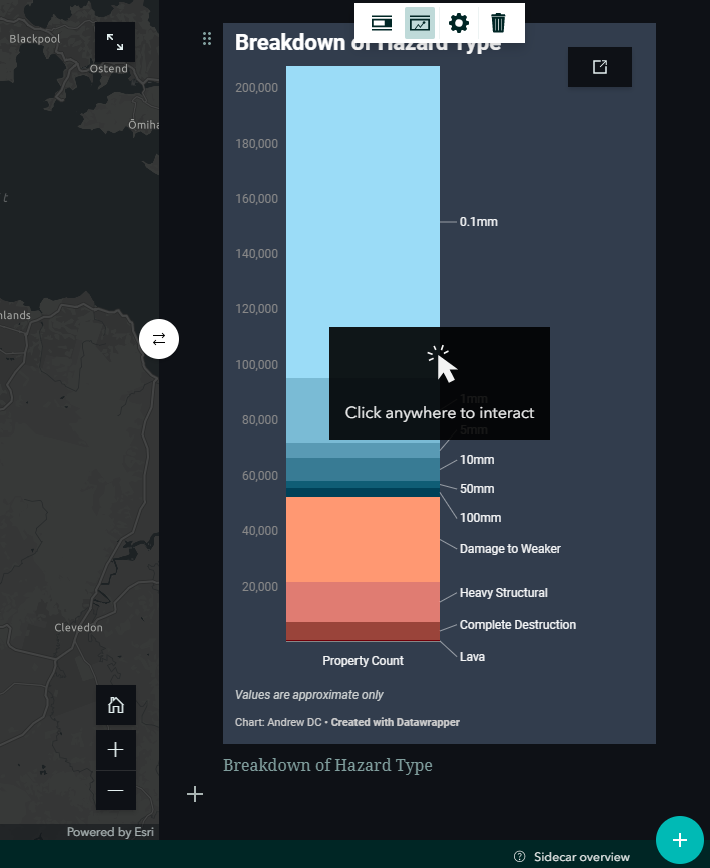 Yes! I would love to add gauges and other simple Dashboards to a sidecar.