How do I properly clip the mapView?

One of our product require two mapView; one acting as a main map for the application, while the other mapView acts as a mini-map on the top right corner, like so: 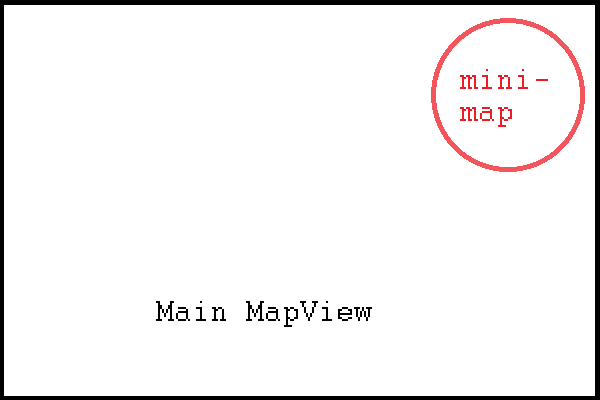 The problem I am encountering is that I cannot properly clip the mini-map to be a circle. During my search for a solution, I have encountered numerous ways, which includes but not limited to:

The behaviour I mentioned above is very strange and unexpected. In the event that I have the mini-map on top of the main map, the mini-map will simply ignore whatever clipping that I specified. Like so: 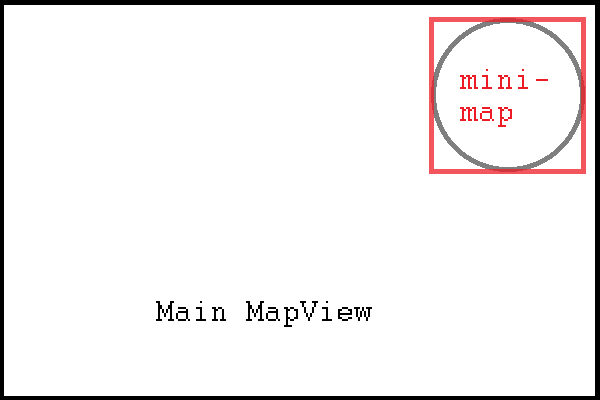 (The grey outline is the intended outline of the clipped path, while the red square represents the boundaries of the mini-map)

At first I thought it was simply because I did not set the clipping correctly. However, as I did more tests, it becomes apparent that the mini-map clipping works with every other generic type of view (e.g. FrameLayout, ImageButton), except for other mapView. This is hard to describe, so I will again use a picture. To see this, I made the main mapView half in height and aligned to the bottom, with the mini-map dipping half-way to the mapView. 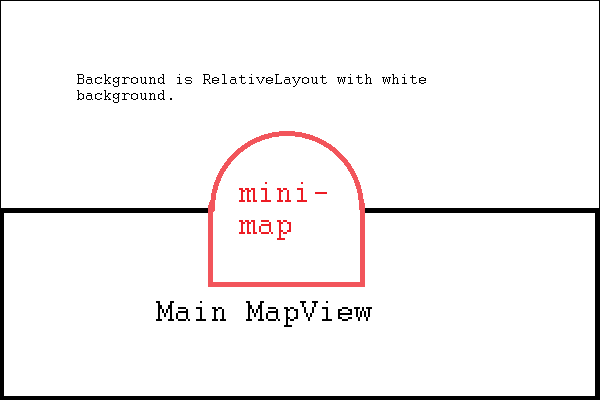 As it can been seen above, the mini-map will not clip with the main MapView underneath, but will clip with the regular white RelativeLayout in the background (color can be changed, and the clipping still applies). I have struggled many hours over this. An even stranger clipping behaviour will occur if I move the mini-map dynamically with a button; the clipping will clip/revert dynamically as well, depending on if it is above the main mapView. 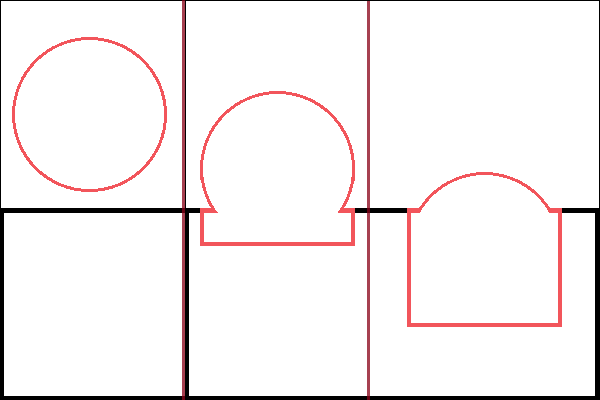 I would strong appreciate any help on this, as I could not find anything else similar to the situation I am facing. I have suggested to a senior developer that the mini-map be changed to a square, but this strongly goes against the established design, and I would like to give this one last try. Thank you.

Can you share the XML that you used above so we can inspect it further?

I attach XML file for demonstration of strange behaviour.

The frames of id "main_map" and "mini_map" are loaded respectively with their mapViews. The mini map uses custom CircleLayout, which I attach below.

After looking into this a bit this morning, I imagine the issue may lie somewhere with the MapSurfaceView which is part of the mapView.  I think more discussion on how to achieve this would be needed.  Additionally, I think it would be a good idea to submit an enhancement request or idea for a guide on how to make circular inset maps.