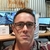 I'm trying to simply some polygons using ArcPro 2.83 on Windows 10. After using the tool some of the polygons now have line joining them. In the attribute table the geometries are all "polygon", which I believe means they're separate polygons. 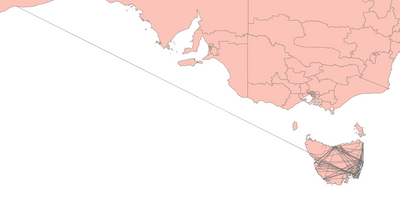 In the picture you can see the lines across Tasmania and the one connecting to the mainland. These are very much not there in the original.

Any idea what's going on? What I really want it to significantly simplify the polygons without losing connectivity (the mainland is composed of several polygons touching each other) while also removing the smaller islands. The latter I can achieve using the Minimum Area option of the Simplify Polygon tool, and that seems to work fine.

@GlenShennan  sounds like a dodgy geometry there for sure. Run the repair geometry tool to see what's going on.


David
..Maps with no limits..

@GlenShennan this is the simplify tool from the cartography toolset yes? Have you tried running multipart to singlepart first, just to check there aren't any multipart polygons? Then maybe check geometry and repair geometry in case there are some odd overlapping vertex strings.

hmm. Well, the Multipart to Singlepart tool fails on exactly the geometry I'm having trouble with, so it sounds like you're on to something. I'll keep trying. Thanks!

@GlenShennan  sounds like a dodgy geometry there for sure. Run the repair geometry tool to see what's going on.

I ran Repair Geometry the feature where I was having the problem had "self intersections". Simplify works properly after that. Thanks!

What was the error message?