Select Features by Attribute with Iteration not working :-(

I worked through a lot of comments and i made a model based on the iterate per field value and came up with the enclosed model from the modelbuilder.

What works: I get two seperate Near Tables based on the selected input features, that's fine

What doesn't work: The Near table are based on all the Near features from the All Near Features class. It seems like my model isn't selecting near features based on the Value from the iteration (NearTable one should have 131 near objects and NearTable two should have 253) . Anyone have a solution for this? 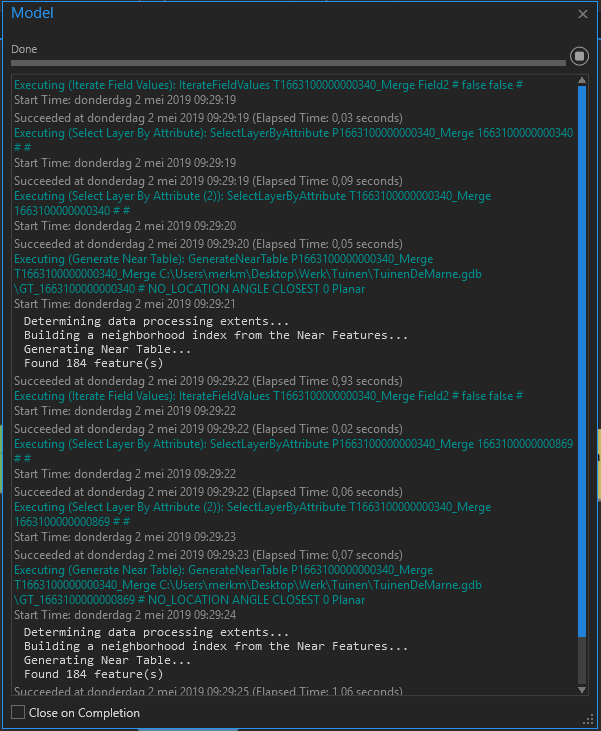 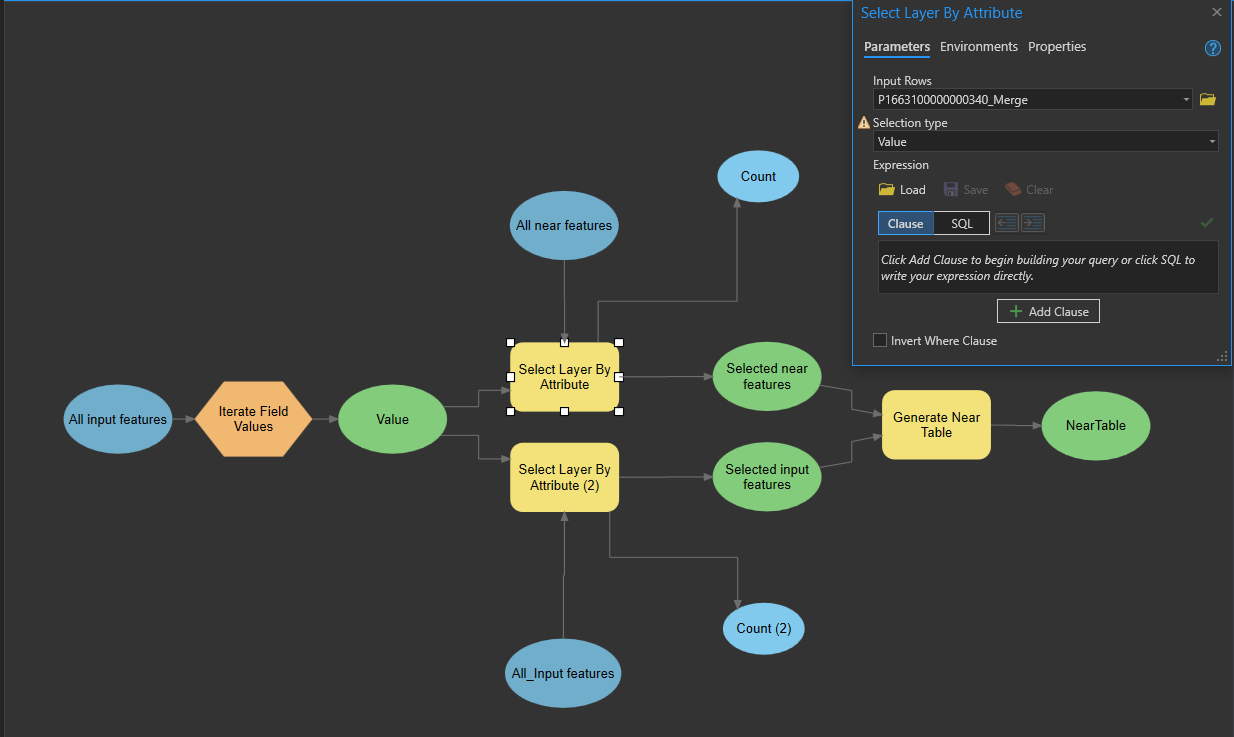