I am working on an Asset Management project, and would like to export a single page per feature with all (or at least several) attachments.  This has been accomplished with an OID based Map Series.  In addition to various OID specific attributes, I have added several Pictures set to Dynamic, <Attachment> .  My problem is that the Attachment Filter field appears to be based on the Attachment's file name, (i.e. "LMNOP.jpeg"), and my attachments have no common naming conventions.

I would like to have a similar functionality as exists in Reports, to add an Attachment Frame with a given number of rows and columns that self populate based on ATTACHMENTID (or similar) and not be tied to the attachment file name.

Any help would be greatly appreciated 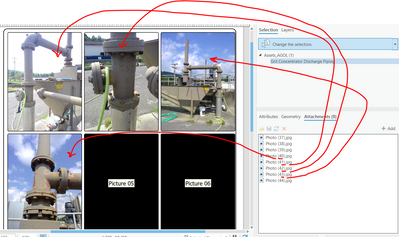