Hey there! We're having a bit of a problem:

We're symbolizing by unique values and a couple of symbols weren't showing up in the legend.

Then we noticed that the feature count in the symbology pane says zero for these same values.

So, I had a mini-heart attack and checked to make sure the features are in fact in the SDE feature class. 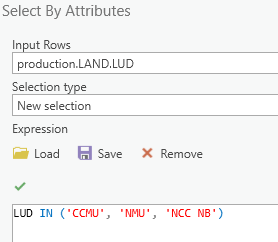 They're all in there.

Any ideas why the count isn't showing up?

There used to be a limit of how many rows to scan to make the list of unique values, to keep performance reasonable. I just looked for the spot to increase this limit in Pro and can't find it, though there is one for raster tables (65536) that you can increase in the Pro app settings.

See how your table says *2,000? The * means all the records haven't been scanned. Maybe you could navigate to the end of the table with the move to end button to make all the rows visible to the unique values renderer?

Another tack: did you try the count refresh to force it? 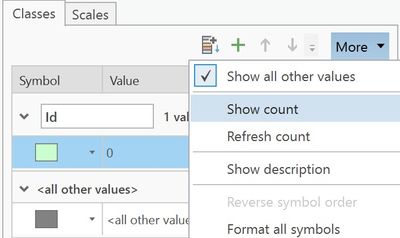 Yep, I tried the refresh and got nothing. I also tried pulling in the data without using the layer file (I thought maybe it had something to do with the layer file creation. I was wrong?) Also, allowing it to scan the full FC (85889 records) didn't change the count in the symbology pane.

Could be one of them

Hmmm...I tested this on an SDE FC stored in PostgreSQL RDMBS and with 19832 features in a parcel feature class did unique values for my symbology and was able to get a feature count.  A few questions for you:

2. I rebuilt the indexes and ran analyze in Catalog - nothing changed.

3. I renamed the folders - nothing changed.

Meaning you are either back to Bug, or it is unique to your situation.  If none of the Bugs was remotely pertinent, I would contact Tech Support before you invest any more time.

I've got the same problem, but in a FGDB. I receieved a point shapefile from a client with 1006 records in it. I've added a field for them to mark Yes/No and symbolised appropriately. But the All Other Values symbol isn't showing a count.

Further to that, If i update features to YES or NO, the count doesn't update. (you're seeing 2 Yes values in the screenshot from a previous edit. Add data is currenty Null!

Further  to that, im unable to share to AGOL. It hangs at Uploading Service Definition. Would upload after 12 hours.

I created a brand new feature class in FGDB, and copied the points into it, but that still didn't fix the problem. 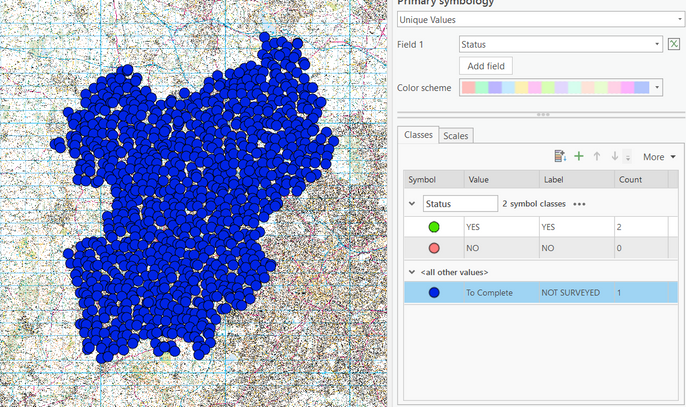