Once in a while I'm working with making part of our city in 3d using the local government scene.  When I began working on another square of 1x1 km the process has been a pain.  Everything is really slow compared to last time I worked with this a couple of months back and I can't seem to figure out if it's due to the newest updates of ArcGIS Pro.

When I change the parameters on one of the attributes. Either the Height or the Roofform, it takes forever to update the shape that is displayed in the scene. It just keep showing the symbol, that it is drawing something.

Right now I'm only showing the Lidar data, The ExtractRoofForm layer and the Topographic layer.

The Lidar data is stored on my local SSD drive, so this shouldn't be the bottleneck and neither should the computer.  I'm working on a Dell Precision 5820 with a i9 CPU, 64 Gigs of Ram and and a Geforce 1080 GPU.

What I tried:
I tried filtering the LAS data, to only show the buildings but it still doesn't update the Extract Roof form layer when I change the attributes.  Either it takes forever or I have to turn on and off the LAS data for it to update.  The downside of this is, that it takes a long time to redraw the LAS data again.

I'm working with the nevest version of the Local Government Scene and ArcGIS Pro 2.4.1.  I tried changing the display mode to OpenGL - below is a screenshot with the display data enabled (ctrl+e)

Any ideas of what to do? Is it possible only to the the Lidar data closest to my view, so it doesn't spend time redrawing everything in the background or has anyone experienced something similar? 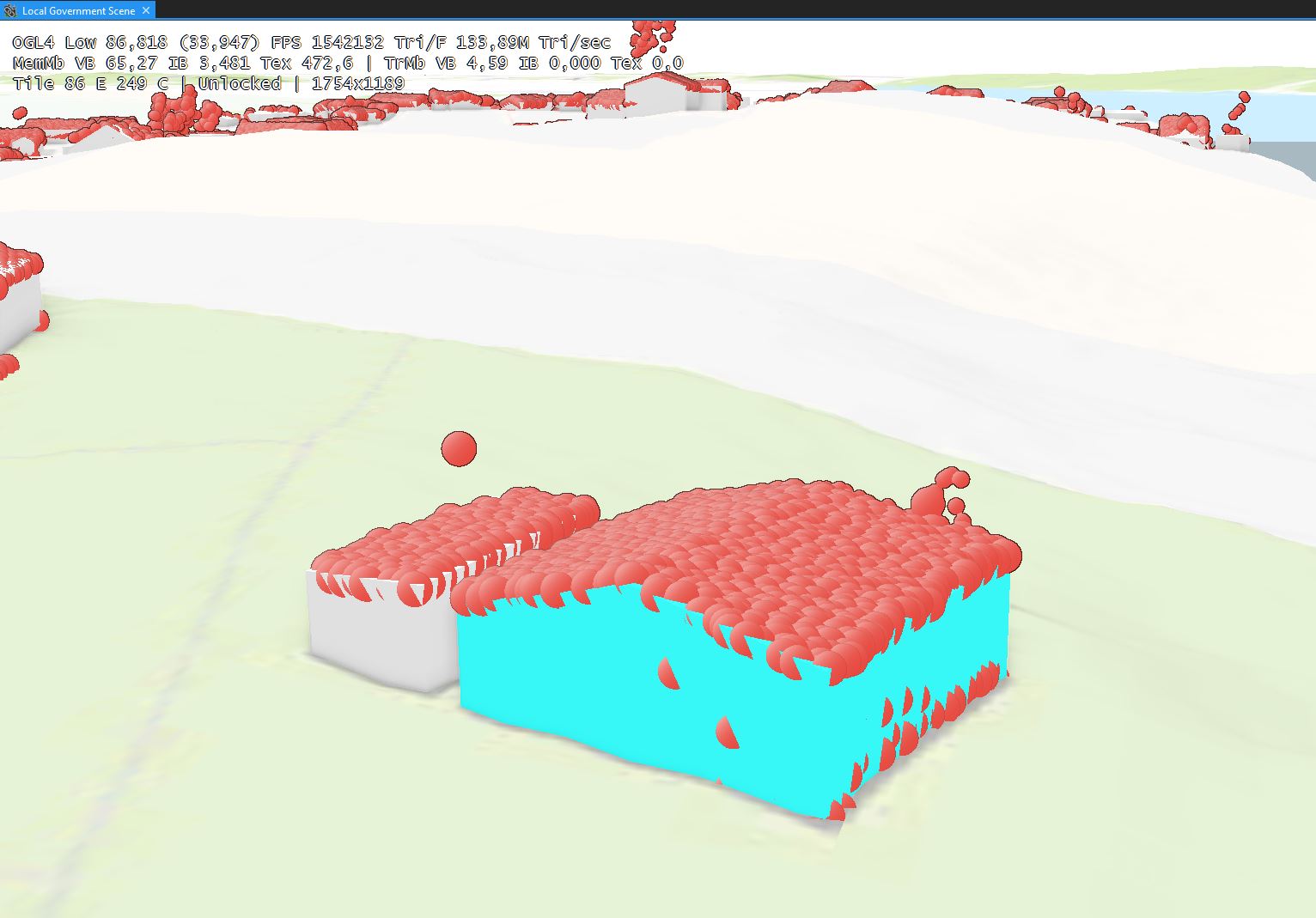 That helped a bit. I had almost 10 GB of data in the cache, but space isn't an issue on the drive.  But it make it workable. I still feel it is a bit slow, so the change isn't applied instantly, but at least I won't have to wait too long before I can see it.

Thanks for the quick reply.