Irregular Polygons and Differences in Area

I have a polygon FC that has been divided in 4 zones and that is further divided into subzones and exported as a new FC.

The issue is that the area of the original polygon (encompasses the entire city limits) has a larger area than the sum of all the sub zones put together.

For the sake of testing, I created two new fields called AREA in the original FC and the subdivided FC; both FC are in the same coordinate system and when calculating the geometry using the GP Tool I did not select a Coordinate system.

Is there a mathematical explanation concerning irregular polygons, their shape and why when combined their area would not equal the original polygon that they were split from? 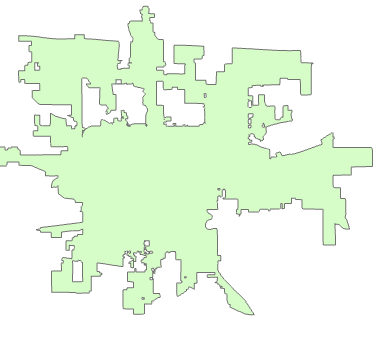 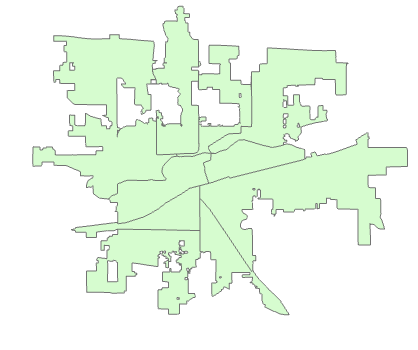 It is hard to tell from the figure, are there 9 or 10 areas after the split? (see the very middle of the figure)

And was the last entry in the table the total?

and no the second table is not totaled, they are the areas for the 10 new polygons

I went through an additional workflow where I merged the 10 sub-zones together, clipped them to the city limits (original fc) and then ran the SYMMETRICAL DIFFERENCE.

After running the SYMMETRICAL DIFFERENCE I RESHAPED by snapping to and TRACING along the city limits.

Once the symmetrical differences were taken care of, the was a difference of less than 1sq.ft.

Finally to check my work I performed to additional steps by performing a SPATIAL JOINE and Copy Paste Special with FC with 10 polygons to the the MERGED polygon made up of the 10 sub-zones, which concluded in giving me the relatively same difference.

The same difference that I started with in the original post.***

The spatial join and copy paste special were independent of each other, the were ran as two different process to have two outputs to compare to the original difference.***

Did you run a check geometry on the file?  Or run a FeatureClassToFeatureClass to get a copy (it runs a repair during the process)

The differences are indeed significant and I am wondering if there is a part underneath another part.  The only way to check for that is to select each shape on the map one at a time and check what the outline looks like relative to what is expected

I ran check Geometry and it output zero records and running the FeatureClasstoFeatureClass produced the same areas and difference.

out of ideas other than start again with a clean slate