How to keep set projected coordinate system from updating to Web Mercator when publishing layer to AGOL from Pro?

I have been attempting to publish a group layer to AGOL and keep the set projected coordinate system from changing to Web Mercator and cannot for the life of me figure this out. I've done it before on ArcMap, but the process is not working this time around and I'm very frustrated. The layer in question is a grouped feature layer with lines, polygons, and points. The zone polygon layer is the one I'm most concerned about. We'll look at the shape area to build pricing models, estimate time needed to complete, run analysis, etc.

The big issue is that pushing the layer to AGOL (which is essential for us), changed to set projection from "NAD 1983 StatePlane Georgia West FIPS 1002 (US Feet)", to "WGS 1984 Web Mercator (auxiliary sphere)". I understand that this is the default projection for AGOL, but if I specify that I want StatePlane as the projection, why does it keep overriding me? WGS 1984 Web Mercator (auxiliary sphere) is useless to us as we need to easily see those measurements in feet, not esriDecimalDegrees.

When publishing in ArcMap is use these steps:

1. Download the data from AGOL (necessary to prevent overriding changes to data)

3. Open the original site information layer that is stored in the network files (correct StatePlane projection)

4. Replace append the data from the online layer, to the stored layer

Since ArcMap failed, I tried in Pro:

1. Add both the network version and the AGOL version of the layer to Pro

2. Replace append the data from the online layer, to the stored layer (correct StatePlane projection)

5. Only error is "Group Layer type is not supported for web feature layer" which is fine

Unfortunately, each time I run these processes, the units are fine in ArcMap and Pro, then default back to esridecimaldegrees on AGOL. 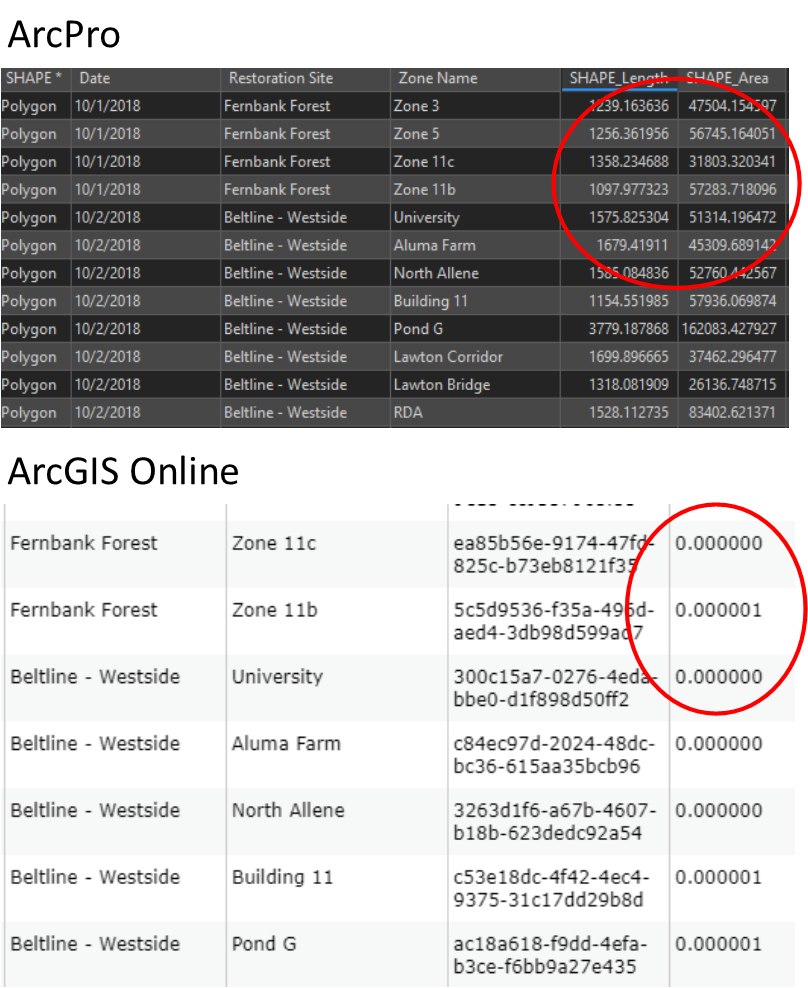 How can I go about locking that original set projection when sending layer online? Many of our coordinators solely use AGOL and don't get into Pro, so we would need to have the value reflect properly for them to use.

Your best bet may be to make your entire database into Web Mercator right down to the bones.

We were on a projected datum for years.  It greatly helps reduce a lot of headaches to be in the Web Mercator.

Web Mercator is considered the preferred format for anything web based.

Make sure that the map that contains the layer you are publishing in ArcGIS Pro has the same SR as the desired SR in AGOL/Portal.  The layer will inherit the SR of the map when published regardless of the layer's SR.

If I had to guess, in ArcGIS Pro your map's SR is Web Mercator (the default)... while the layer you are publishing is in StatePlane.  When you publish your data, it is reprojected to use the map's SR... in this case Web Mercator.