I have a set of highway symbols that we use in ArcMap (DDVCO series, especially the DDVco5e).  These show up fine in Arcmap, but when I'm trying to import a map into Pro they give the default characters and not actually the Font used for the highway symbols, despite having the font loaded and is seen in ArcMap the way it should.

I'm also tried to just import the *.style into Pro and that does the same exact thing as importing a *.mxd into Pro with these symbols.

I know there are a number of older posts on here about this, and the most recent one was still 2 years ago (.style to .stylx confusion (ArcPro)).  I am using 2.4 and for the life of me I can't figure out how to get the symbols *.style to recognize the fonts.

Pete - I have the DDV CO style files zipped/local on disk.  To use them in AGP, I first install the *.ttf's to my C:\Windows\Fonts, then started a new AGP Pro Project and imported a *.mxd that had a DDV symbol in it.  The symbol did not import as expected as it's technically a graphic from the Draw toolbar.  ArcMap graphics are not supported in AGP.  In the Catalog Pane in AGP, I imported the ddvco5e.style into the Styles folder.  In a layout, I was able to add a point graphic, go to it's properties and change the symbol to a DDV symbol.  I wonder if you need to reinstall the *.ttf's??? 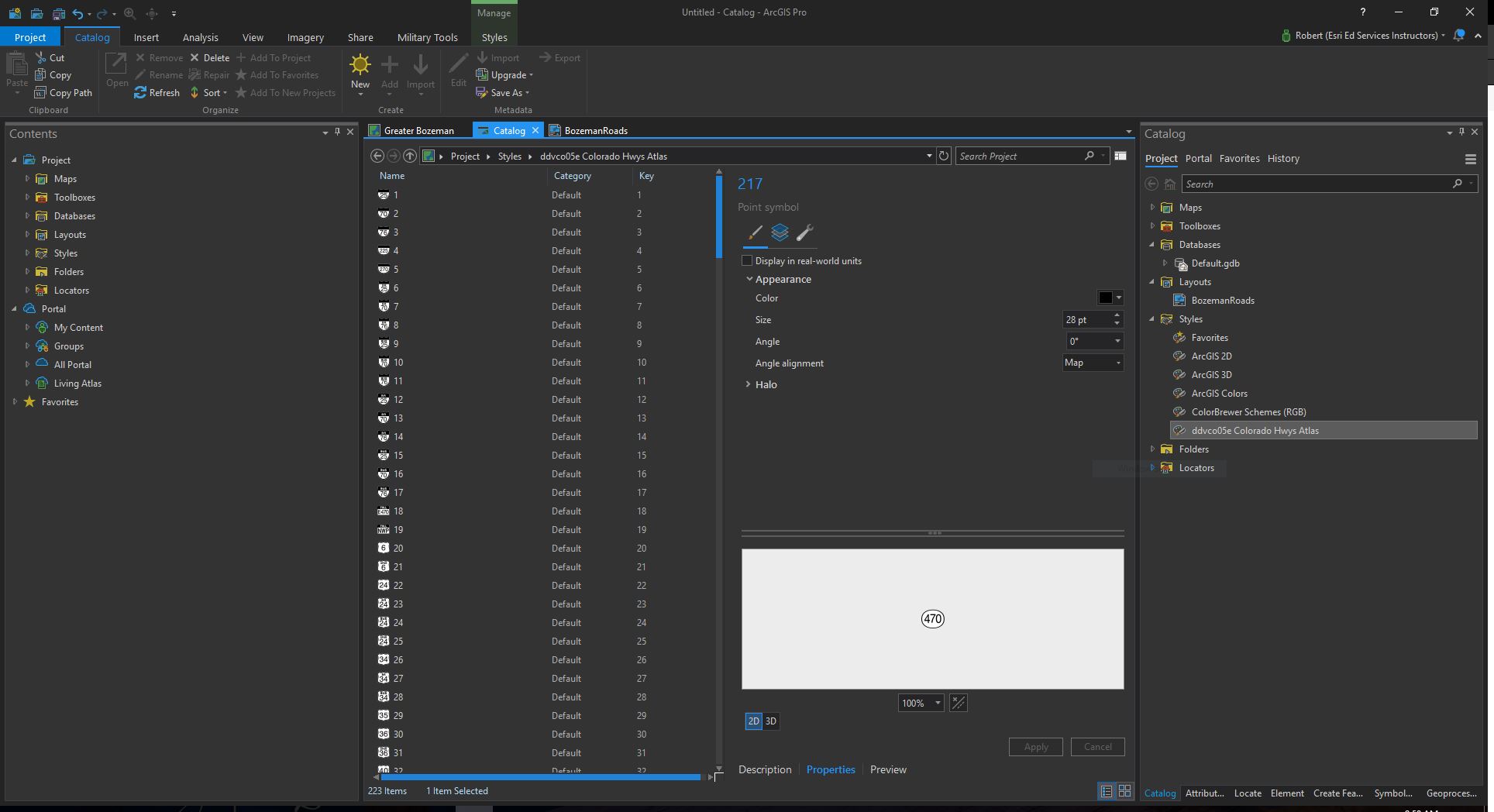 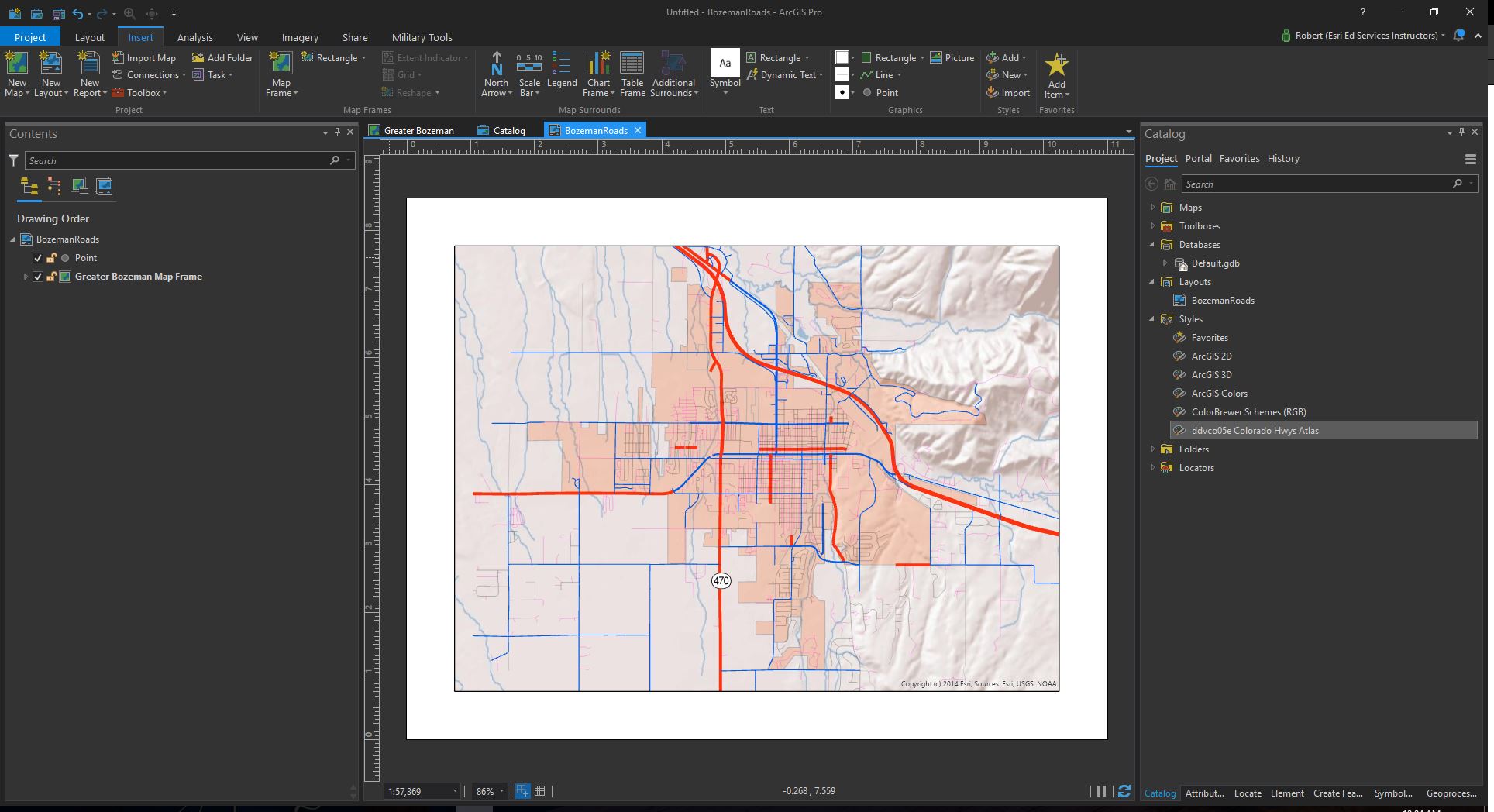 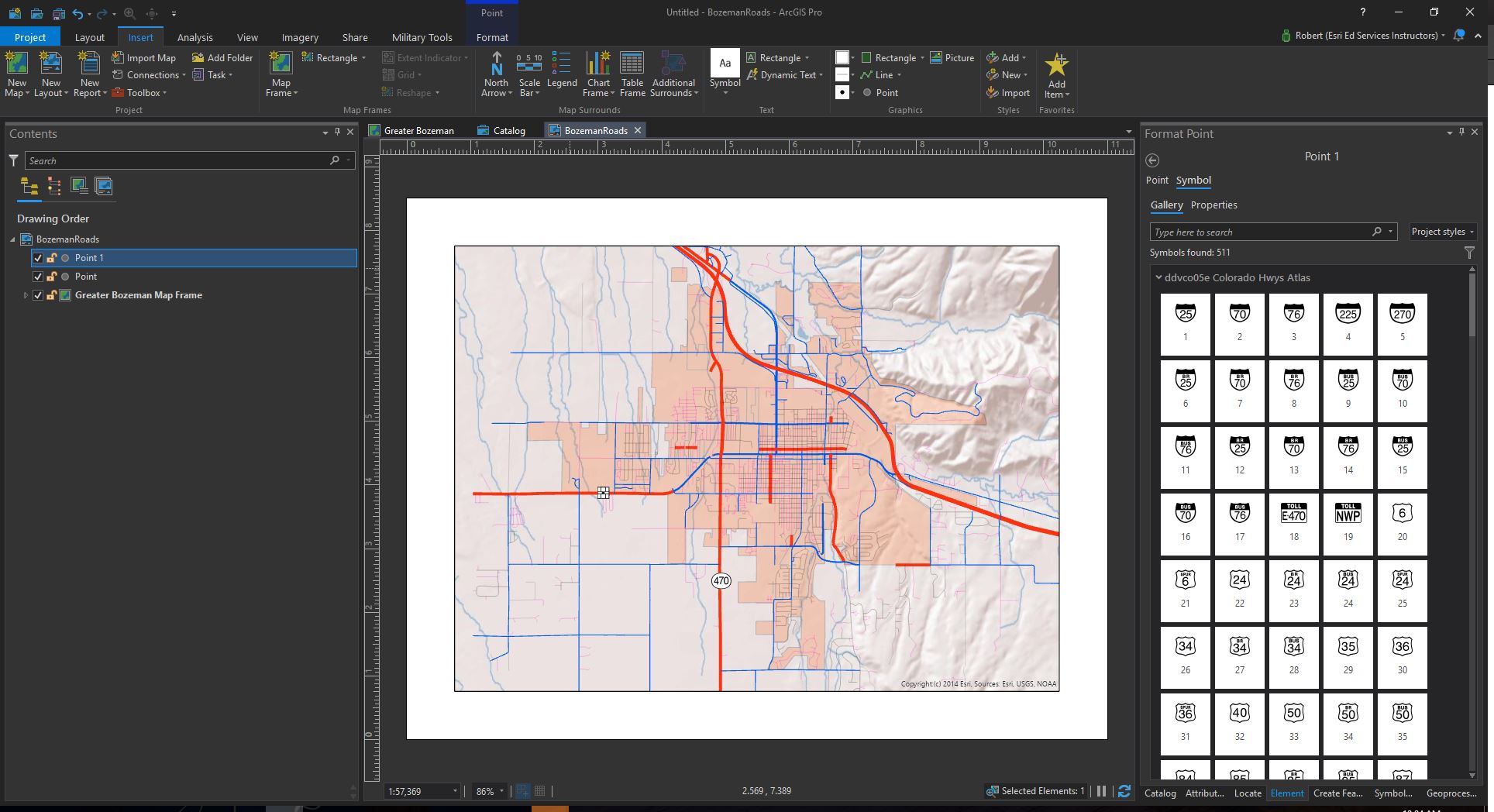 Strange as that's all I ended up doing too and the symbols in symbology still show up with the wrong characters.  I have actually reinstalled the TTF's several times thinking maybe that's what the issue was, but didn't make any difference, even after rebooting.

What years does yours show for your Version of the files?  My TTF states it's version 4.1 from Macromedia Fontographer from 2004.  But I downloaded a set from another link on the forums here and it didn't make any difference either.  Since I can still see them fine in ArcMap that makes me think it can't be the fonts at all or I'd have issues in that (I did just recently get a new computer, so just set up the fonts for ArcMap as well last week without issues.).

I just reinstalled all of them again and tested it out just to see and get the same issue with all the DDV fonts in Pro.  The only thing I can think of is there's a newer version out there, but I'm not finding them at all?

As a test, I tried it out and added it to his computer which is older and it worked just fine.  So there's something weird with my new computer and fonts which is very strange as they exist in the font's folder.  I may have to check on IT or something.  I even on his machine and found where the temp *.stylex file was and copied that to another drive to see if that worked, and nothing.  However I've downloaded some of ESRI's custom stylex from the website and they also include fonts it looks like and they are accessible and work just fine, so no idea why this isn't at all, unless it had something to do with me originally importing a *.mxd and it somehow hard coded that font weird.  Don't know if there's a repair Pro or something like that as I'd rather not reinstall it if I can help it...

(Threat about Fonts) as was described here.  So it wasn't a computer issue or a font issue, but rather something that needs to be done manually...

Hi Pete - glad it all worked out and you're able to use the DDV CO symbols in AGP.  When I was a consultant years ago (before working for Esri), I used these files all the time for my maps.  All the best!

Hey Robert, yeah we still use them all the time and I was worried I'd have to try and make them all from scratch.  It was good to finally find out it wasn't the actual Font that was the issue.  Now if someone can't can't another font they used to use in Pro to work, I now know how to solve it...

Hey Pete - excellent - sounds good.  Years ago when DDV ceased to exist/create/update the highway shields, a customer was in a panic looking for several States highway shields.  I found a website that had all 50 States archived and I downloaded them locally should I or a customer ever need them again.  The shields are fantastic, easy to use and really make one's maps "pop"!  Have a great holiday weekend!

I found a link to a site that had them all since the guy at DDV retired.  Still pretty cool after over a decade and a half, they are still being utilized all over the nation by people.  Also makes me wonder why they haven't been incorporated by ESRI.  You have a good holiday weekend too (I'll try and rescue mine as my flight to Europe was cancelled due to the bad weather we just had yesterday, ugh)...

Agree - great symbols and definitely used all across the nation.  It WOULD be nice if Esri incorporated these into the Platform.  Did a quick check on AGOL/Portal in AGP to see if anyone had uploaded the style file up to the cloud - nope.  Not sure how the upload would incorporate the *.ttf as well - I may play with the CO shields today to see if it's possible.  That stinks about your canceled flight to Europe - good luck with Plan B!  I'm in Denver, CO and we received a TON of snow.  16" at the Esri Regional office in Broomfield, CO and 20'+ in the Boulder foothills.