In the Create Map Tile Package tool, it seems like the numbering of levels has been shifted by 1 and it no longer refers to levels starting at 0, even though the default level in the tool is set at 0: 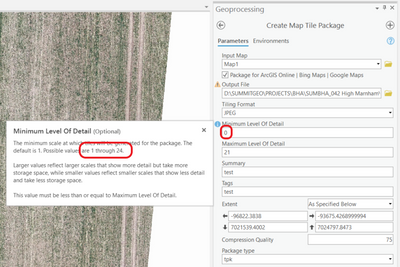 Historically, level 19 used to be the highest resolution for AGOL schema (1:1128). However, this is labelled in the Manage Tile Cache tool as level 20: 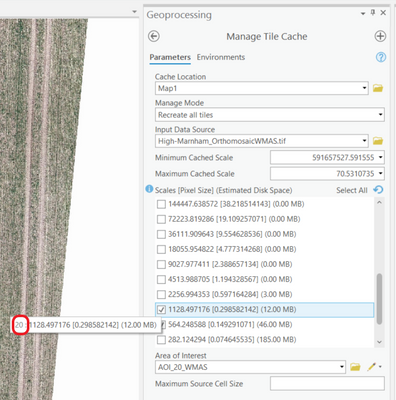 While this might not cause many people problems, the issues arise when you look inside the Tile Package, because the numbering of the folders still follows the old numbering convention from 0, and so if you manage a cache with levels from 1-20 (in the new convention) it creates folders in the cache from 0-19.

Then, if you want to add additional levels into your tile package cache, you need to cache level 21 in the Manage Tile Cache tool, to then get level 20 to be added to the _alllayers folder. And randomly, about 3 minutes later, an empty L21 folder appears in here too!?

While I don't believe this is causing any major concerns in the community, I think the tools have been rebuilt by someone who hasn't grasped the importance of cache levels in the standard AGOL schema, and the tool helps are far from clear, which make it difficult for people to customise their basemap caches without ArcGIS Server.

I'm also finding that TPKs aren't honouring the visibility ranges of the layers they're packaged from. For instance, a tile package cached to level 19 - 1:1128 (level 20 if we're using the new numbering) wont appear in arcgis pro at scales below 1:1404. Which makes no sense!

If anyone else could spend any time looking into this to confirm or build on my findings then I'd be grateful.

Sorry, no offer of help, but of support. I too am experiencing that TPK's are not always honouring the visibility ranges I have set.