I'd like to make some edits to a Date field in one of my Hosted Feature Layers using ArcGIS Pro, specifically the "time" component. However, when we go to make edits on the date, the time zone is limited to UTC and does not allow for us to make our edits in a different time zone (Central Standard Time). The time is then automatically adjusted when we view the data in AGOL. Therefore, if the user does not realize they are editing in UTC, they then see a 6 hour difference when AGOL makes the time adjustment. Is there a way to make the edits in ArcGIS Pro in our local time rather than UTC? That way whatever we put in as the date in ArcGIS Pro is the exact time we see in AGOL. We are trying to avoid doing the mental math when editing time in Date fields.

*we have tried publishing the layer with the local time zone specified, but this did not seem to work 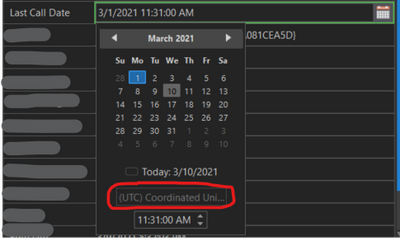 We're in the same boat over here. Same time zone, too! It's added a bit of a headache in some cases, as an automated script will input the unadjusted date, without a time, which defaults to midnight. When our end users access the data via a web app/map, it appears that lots of things get added at 6:00 PM the night before.

I can see the Time Offset option on a hosted feature layer in Pro, but I don't seem to have access to changing it. We're able to have project-level settings for a service's symbology, popups, etc., why not let users define the time offset this way as well? Might be worth posting in the Pro Ideas area to see if it can be put on the roadmap for a future version.