I am trying to make a python script that will do the equivalent to that of selecting a point feature editing this and creating "Points along line" with "Varying Distances". 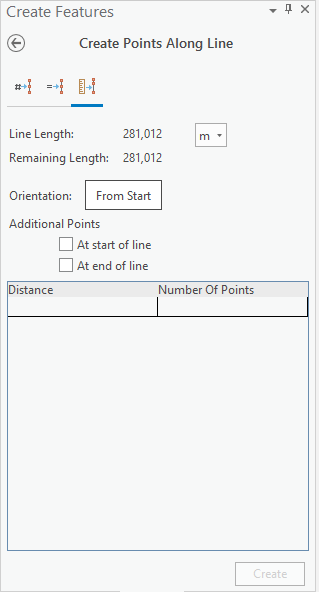 Where you will have to plot the distances manually. The next row will indicate the distance relative to the previous point.

I have a lot of points I'd like to plot in and therefore I want the stuff to go automatically.

So far I've had a look into using something like this:

The list i've made at the end obviously won't work.

I've also had a look to the possibility of importing an excel file with the ID and Distance columns and creating points from this. If arcpy has a function to add a single point along a line with a specific distance from start I could do a loop and generate all the points from the imported table. So far I haven't found such a function.

It would be a neat enhancement for the Create Points Along Lines and the Offset editing tools (both found on the Edit ribbon > Modify features pane) to be able to import distance values from a file  - currently not possible. However, have you tried the Linear Referencing toolbox (Analysis tab > Tools > look for Linear Referencing Tools). I think the only two geoprocessing tools you would need are Create Routes and Make Route Event Layer.

An overview of the Linear Referencing toolbox—Help | ArcGIS Desktop

These two tutorials are written for ArcMap, but show how to use the above geoprocessing tools:

I am trying to use the Linear Referencing tools now, but have a question.

Right now I am trying to make a Route Event Layer with my Route and an input event table. But I got the error that "ERROR 000840 The value is not a Route Measure Event properties". Trying to find a way to choose that the Field is a route event field, but I am having problems. 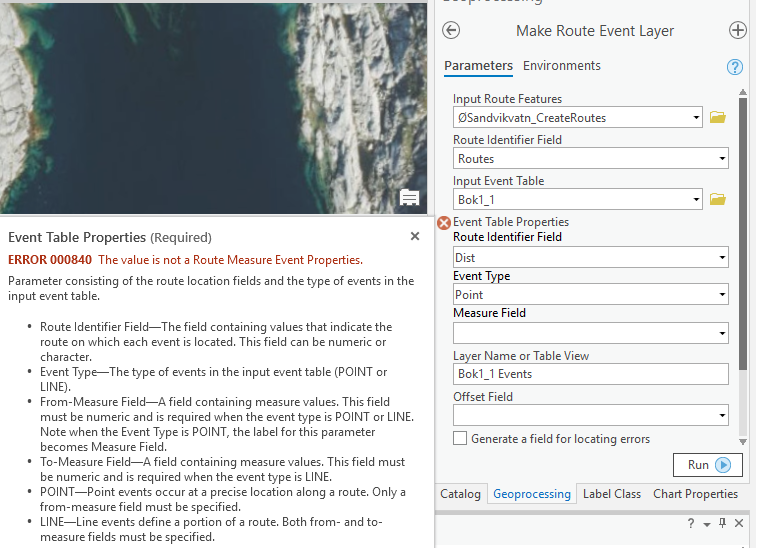 I'm not sure about why that could be, but a quick search on Geonet reveals someone who found a solution for their specific case:

I am wondering, you had any luck in figuring that out? I also need to create thousands of points along the line at varying (known) distances but unable to find any way of doing that.

I am in the same position as well.

I need to make a point feature class along a line with varying and known distances but unable to find a way to do that. I have also tried using similar approach mentioned a the beginning of this thread and did not make any progress.