I have five symbol classes for an addresses layer, "ACTIVE" , "INACTIVE" , "PROPOSED" , "RETIRED" , "UNKNOWN". The issue is at the moments certain address points have duplicates with varying attribute information. Since this is the case I would like to be able to write an ARCADE script to where if an address point has duplicates as Definition Query will return "ACTIVE" above all else and if not "ACTIVE" return the appropriate symbol.

I started with the above script, it returns an error message of "Wrong number of arguments" or when I replace the WHEN function with IF the error message reads " Close parentheses expected".

Just curious to what would be the best way to approach ranking symbology using ARCADE in a Definition Query.

Edit/Update: I can get it to return a functional output with the updated script provided below, now is the question of getting the symbology to output the symbology as seen in the following snip. The bottom snip is what I am currently dealing with. 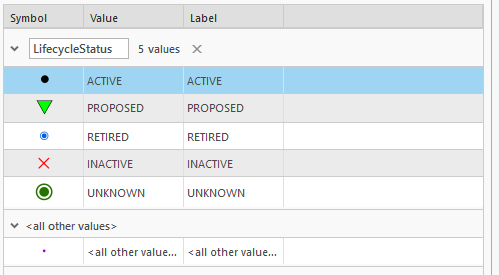 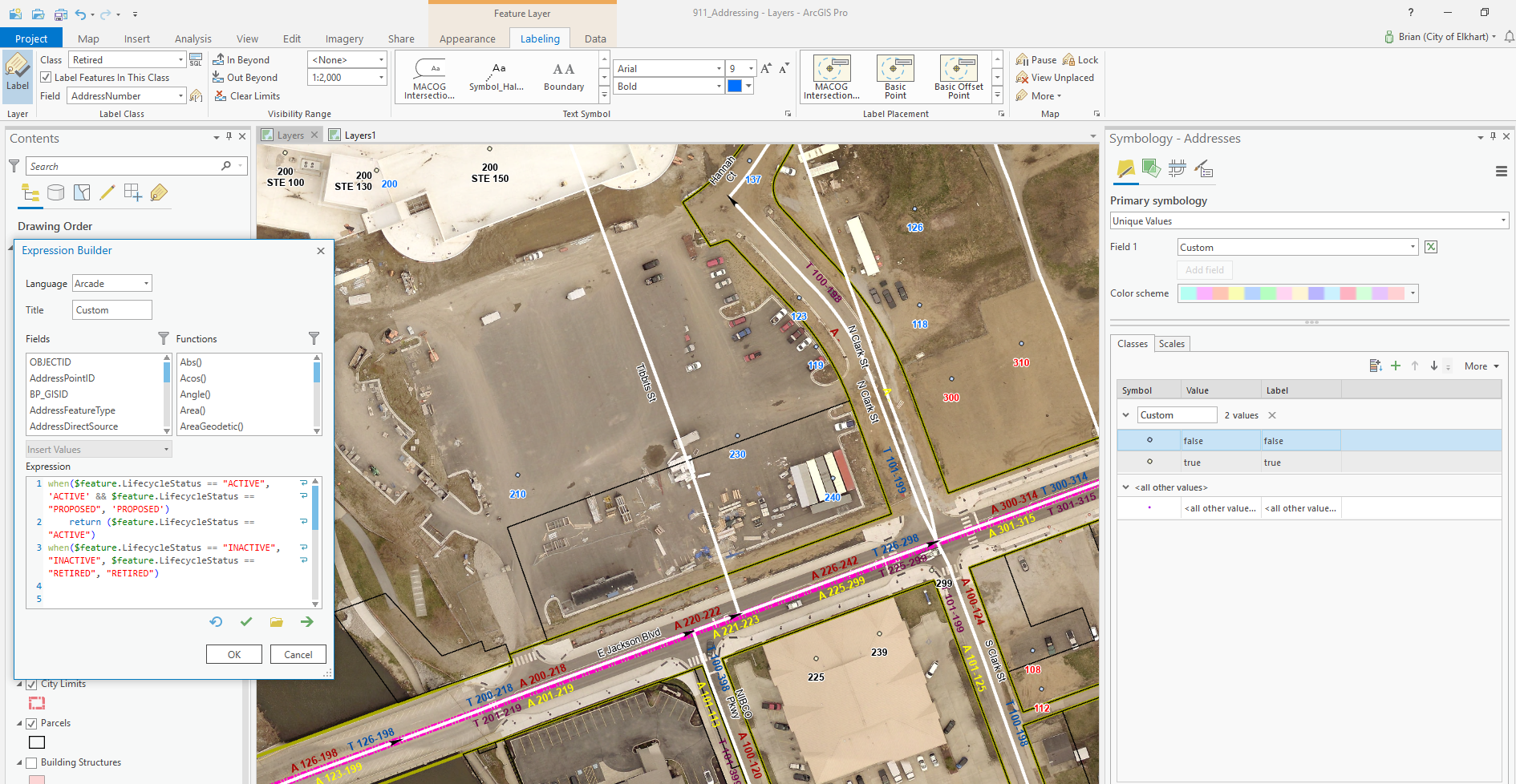