How to clear\define the coordinate system of a particular layer in catalog of ArcGIS Pro?

How to clear\define the coordinate system of a particular layer in catalog of ArcGIS Pro?

This option appears to be not available in ArcGIS Pro

This idea is already discussed here

How to define the coordinate system of a layer while working in catalog of ArcGIS Pro, 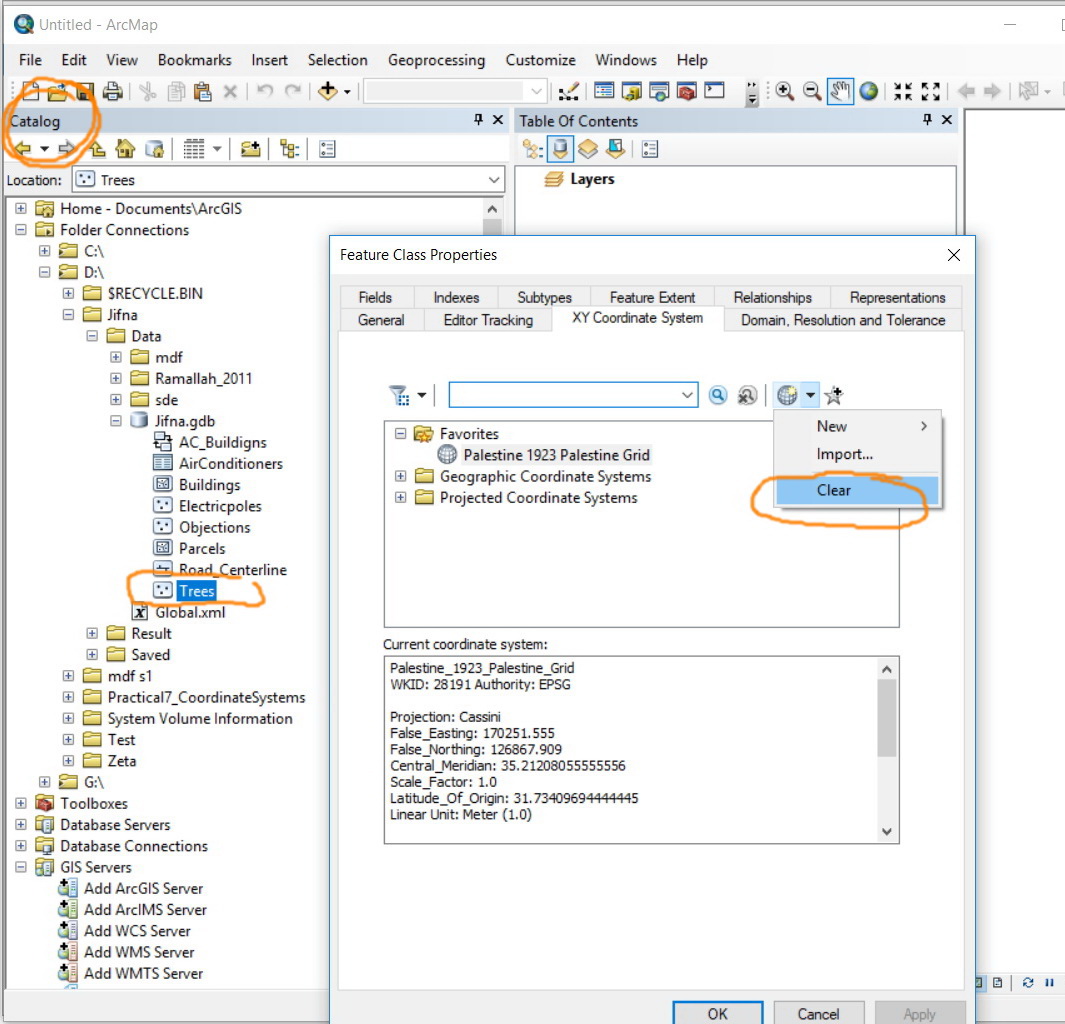 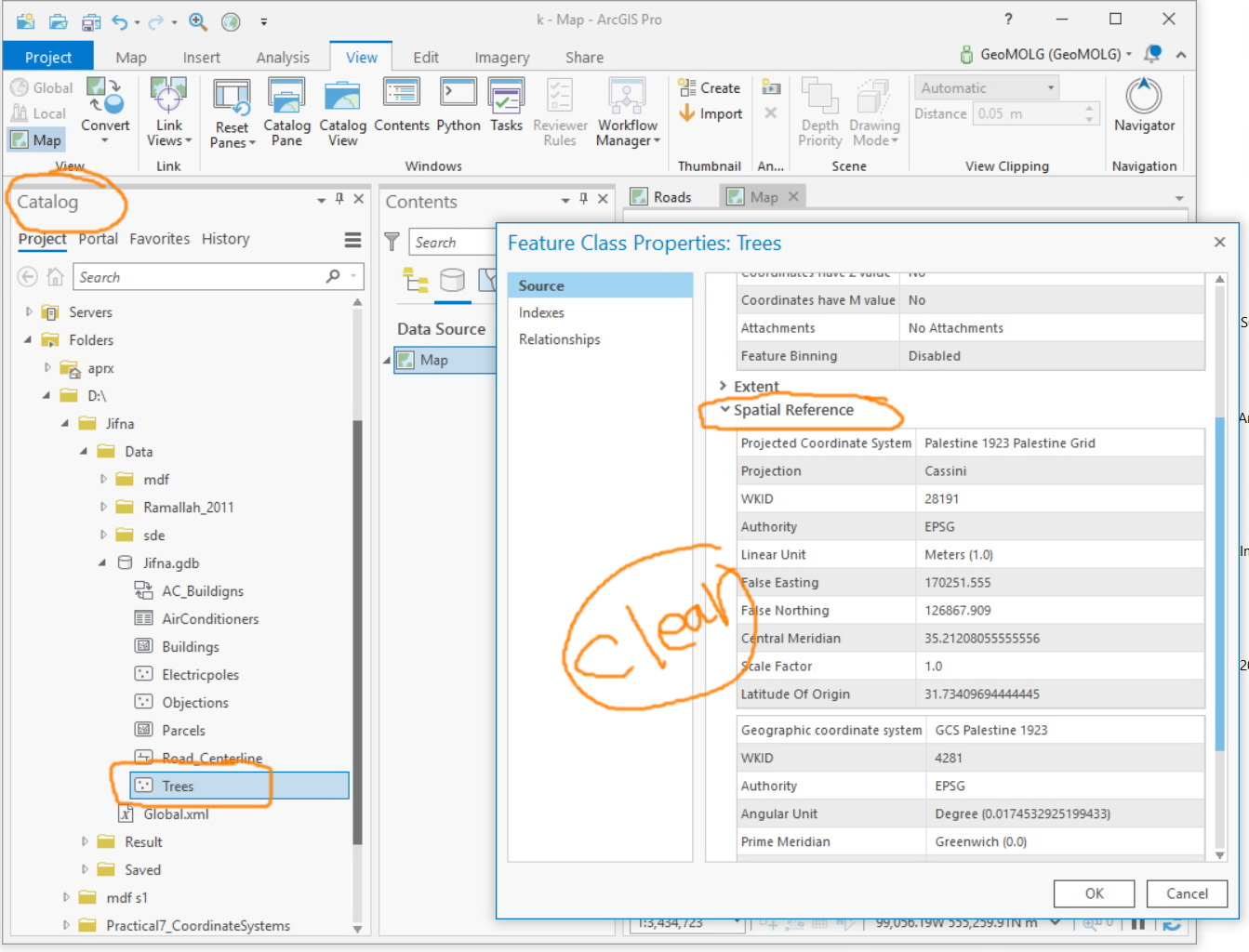 Referencing the discussion that has already been had on this subject here: How to “clear” the coordinate system of the “Map” to get it to “unknown” in ArcGIS Pro,

There was an issue submitted by Technical Support for this and it currently has a status of Not In Current Product Plan with this explanation, "Thanks for submitting this issue. Unfortunately removing the ability to set “none” coordinate system in Pro is a design decision. Having no coordinate system could lead to lots to problems. For example, units will be unknown and map scale is off as well. It’s dangerous to have a map in an unknown state without coordinate system. Features will not draw correctly and sharing map across in platforms will also have problems. Therefore, it’s unlikely that adding <none> option in the coordinate system in map properties page."

Jamal NUMAN‌ you've already provided an explanation on the thread referenced above, for how you use this.  For others voting up this idea, please also include how you currently use this functionality.  Is it solely for troubleshooting and correcting projection issues?

Precisely. We do use it for troubleshooting. The absence of this tool (clear) makes it difficult to display how layers are plotted with their native coordinate system.

This tool has been existing since ever in ArcMap. We never encountered in issues that is associated with the availability of it. 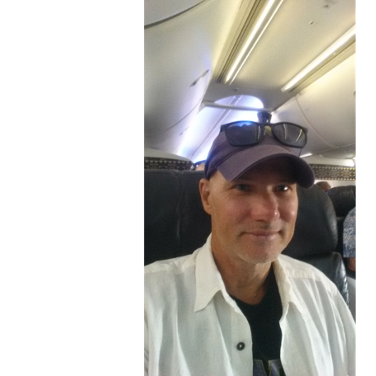 Kory, I have attempted to explain here further. Kory Kramer

I utilize the 'Clear Projection' as a stop gap measure to ensure that my students see (visually) that their data does not 'line up', and something must be done.

(Projected on the fly), but after clearing the projection...

only 2 of the Layers 'Line up' (notice the quotes)

Under further investigation... our eyes are deceiving us.....

. There is a 1 foot (ish) difference between State Plane and State Plane HARN.
The good news is, I can create a video of this, to show students long after ArcMap is a distant memory. While completing this reply, I've realized that this is such a VALUABLE teaching tool, to show new GIS students (TGIS 311, Intro to Maps and GIS" the 'abstract' nature of these confusing things called 'Coordinate Systems, Projections, Transformations, Datums, Ellipsoids etc.

With the Projection of the Data Frame left at 'No Coordinate System', I am sure that ArcMap is using the actual coordinate system of the layers. ESPECIALLY when a layer 'says' it has one coordinate system, when in fact it has been Defined and/or Projected incorrectly.

Try explaining to a new student (Week 4 of Intro to GIS) that "Yes, ArcMap does show that those two layers have the same coordinate system and projection... but... they do not". Being able to SHOW them that, in ArcMap, is a teaching/learning opportunity.

I've taught this way for 9 years, and not one analysis has been destroyed because there was 'No Coordinate System'.

Question... (Kory, or other Esri folks), what if a Layer, with an incorrectly labeled Projection/Coordinate System was added to ArcPro? Would it be projected on the fly to the actual corrupted coordinate system (never never land), or to the incorrectly specified (by name) coordinate system?

btw, this is all RESPECTFULLY submitted, not trying to be a jerk, PNW passive aggressive, etc. :) I'm attempting to explain how I use this feature of ArcMap as a tool for accuracy in my analyses and a teaching tool. I'm trying to learn, and figure out the best way to educate my Undergraduates at the University of Washington Tacoma in the School of Urban Studies (and also making a case for 'bringing the 'clear projection' back. Can it hurt?) :)

(Also hoping to hear what exactly ArcPro does... )

Does ArcPro Project on the Fly to the first layer added? I honestly don't know, and am hoping to hear. Also, can it be changed (I haven't used Pro much) as desired? Will ArcPro project to the Actual Coordinate System, a corrupted coordinate system (incorrect due to using incorrect Datum/Defined Projection), or the named (but perhaps inaccurate Defined Projection?

This option is used in ArcMap when we get data that started off as a CAD dataset, and someone (else) "guessed" at what the projection was, and they were clearly wrong, but we have no idea what the CAD was originally "rotated" to. "Having no coordinate system could lead to lots to problems.". There is no disputing that. And I haven't seen any use cases for folks wanting blindly use unprojected data and make bad maps. There are specific technical troubleshooting situations where the functionality is needed.

(Also appears to be a duplicate of https://community.esri.com/ideas/14262 )

I create cross sections that are feature classes - with routing, events, dynamic segmentatoin etc. in Arcmap I put them in a map frame with no coordinate system defined - just a blank, cartesian space. Would be nice if we could decide for ourselves whether or not to enter a defined coordinate system.

In fact, "Cartesian Grid" would be a wonderful coordinate system option.

I have cases where data is provided to me that displays in the wrong place. The provider seems to assign a coord system that is obviously wrong.  I like to troubleshoot by clearing the assigned projection and assigning different  projections I think it could be. This trial and error helps to correct the problem. It's like doing a 'project' without moving the features.

At the end of the day, we do really need to get this option (clear) available to Pro. In many cases, the absence of this option makes our life hard.

I have always cleared the projection in ArcMap while doing visual quality reviews of results from raster analyses. I generally create a random raster that matches the extent of the state I work in to use as a common reference for snapping and extent to ensure that my statewide projects as well as smaller project areas will all align to a common source and therefore be reproducible. Unfortunately, I made an error when creating the most recent reference raster and it looks like it took the projection of the input vector data I used, rather than the projection I selected for my project. I've been having a lot of crashing and unexpected results in my current project, but results seemed to be just fine in my visual reviews (rasters from results were all in the correct projection). I just discovered the error today, and this is the exact type of error I would have caught previously by clearing the projection from the map during my visual reviews -- i.e., misalignments between my reference raster and the rasters from my analyses. And now I have about 6 weeks worth of work to re-run. (Thankfully, almost all of my work is scripted, but will still take some time to re-run the spatial data and then re-analyze the results.) In my case, not being able to clear the projection in the map has actually masked serious issues with my underlying data and actually harmed my data quality, not helped it.

Agree with everyone saying this functionality is needed.  I just downloaded a dataset from a county open data site that is clearly in the wrong coordinates.  It does not fall in the correct position or with the correct scaling.  Without the option to clear the coordinate system I have no way to attempt to fix this file.  I think ESRI should include this option in their design.  While it's true that no coordinate system can cause problems, this does not account for datasets being projected or assigned coordinate systems incorrectly.  Does ESRI provide another option for dealing with incorrectly projected data?

Anyone serious GIS Professional who "believes" in the data fed to them without checking it is a fool.

If critical decisions are being made with spatially located data then you have to be *certain* that the data is located correctly. Removing the projection of the data is the first step in checking for this.

Once I have a data set that I know is *correct* and proven to be so then other data sets are compared to this with projection set to unknown.

I have been using Python for nearly 20 years with Arc and it has no value in solving this problem.