PRO seems to lack the ability to designate which items are combined/grouped to be within a column in the legend.  The option of resizing patches and text to fit does not provide the solution, nor does the check box to keep in its own column.

For example, trying to get PRO to move the precincts boundary under the school district boundary-  There is no option to designate voting centers, school dist boundary, and prec boundary to be in one column. 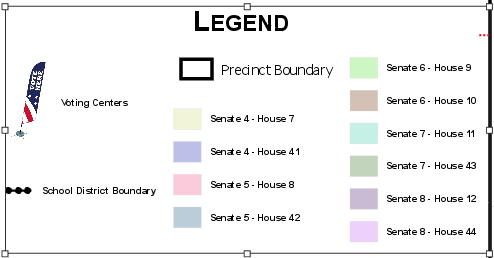 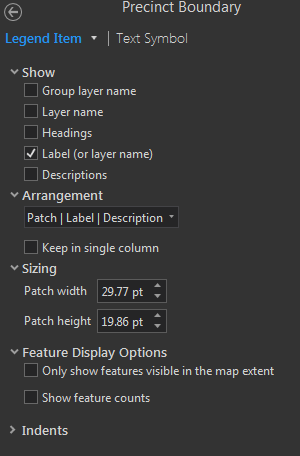 PRO needs to have the option as found in ArcMap: 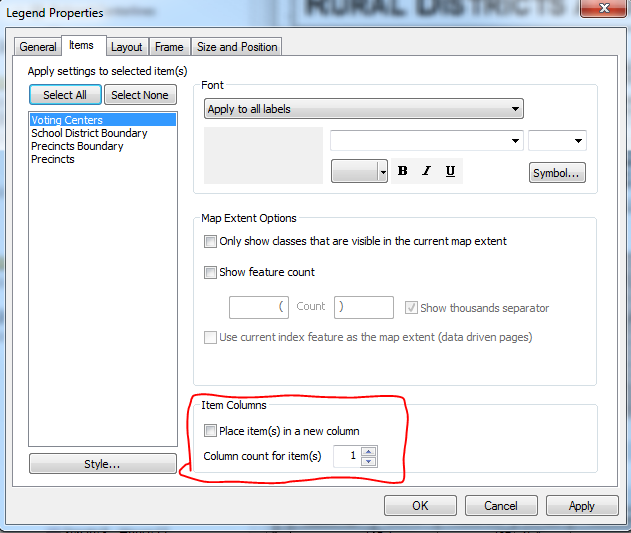 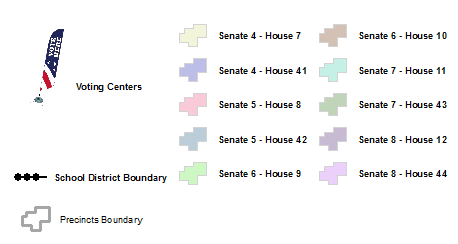 People are still making paper maps and still require the ability to manipulate legend items to make them look professional.

I have found if I fiddle with the resizing options including frame, font sizes, and columns, I can usually get the legend to behave the way I want but ArcMap's dialog is much more simple and it seems like it could even be combined into the new PRO interface.

I see the direction they are heading with Legends in PRO but it still feels very unfinished.  I have submitted ideas regarding choosing what items to have turned on by default when you create a legend as well as clicking and dragging items to rearranged them.   The Legend is one instance where, in the effort to eliminate "wizards" they seem to have created more work for users.  The Legend creation Wizard in ArcMap wasn't perfect but it worked better than automatic creation of a Legend with everything in your layout and then having to set all values, re-arrange things, clicking and dragging to set up columns and font sizes etc.

Do you have the Fitting Strategy set to Adjust columns?

Then adjust the width and height of the legend to determine the number of columns.  Can you try that and check back here with what doesn't work?

I think the idea is about having direct control over what items start a new column like we had in ArcMap where we had the option to place item in a new column.

You are correct in that you can adjust the width and height to have PRO create new columns but  this is "indirect control of the columns.   I preferred having the option to set where a new column would appear regardless of my height and widths.

One example I can give you from the oil & gas world is sometimes when making a competitor map I'd make my competitor leases start in a new column from the wells.  This would give me some legend blank space with which I could insert custom items.  (In my case I'd insert a additional dialog box showing viewers that the color of the text for the competitor leases would indicate whether the lease was Federal, State or Fee (private)).

The idea is that we had some functionality in ArcMap that we no longer have direct control over in Pro.  It's true we can fiddle with height and width - and in my example above I can create additional box(es) as graphics with the text on top but this is clunky compared to the ArcMap method.

This is helpful.  Thank you for the input, Sean.

Sean did a good job of conveying the idea for me.  To put it in images, I am able to group the vote centers and School District boundary in one column and assign the precincts their own. 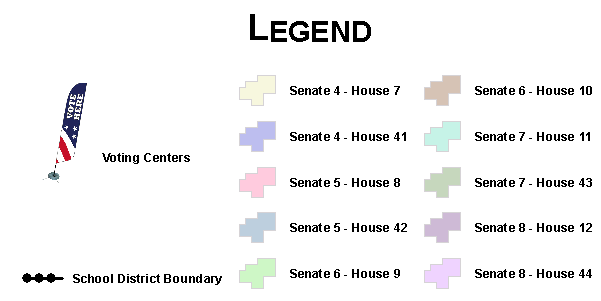 In PRO, it does what it wants to.  There is no control.  In example: I added the address shapefile and want it to appear in its own column after the precincts, but instead it bumps up the first precinct, and is placed under the last precinct:

And what is up with those ellipsis?  I know they mean that the contents(?) are not fitting in the legend boundary or something, but I find that hard to agree with in most cases.  For example, I wanted to do the "legend" in Title Case, (which should be an option for text style, but maybe that is another idea that I need to create)  using the <ACP></ACP><SCP></SCP> formatting tags, changes the case, but throws the ellipsis.

Sorry- the first example is done in 10.5

Thank you, Jeff. I'll have the layout team take a look.

I'm back in PRO trying to make another map with a legend and its still having this issue in 2.4.  I can't get that 'Rural Response Areas' moved to be under the 'Response Areas' group where it should be.

'Keep in single column' does not do anything.

I agree. In this instance, I want the Section Lines to be in Column 2, but if I do that the Local Roads fall off. I also need to figure out how to get this legend to fit. This was an import from an ArcMap document I have. It all fits in ArcMap.

It is there! BUT in order for you to see it, you need to have the legend fitting strategy set to "Adjust Columns"

Then in Format Legend Items you can set the arrangement to New column.