I am trying to figure out the best way to use AGOL as a tool for colleagues to review multiple datasets on multiple web map apps. In an effort to combine like data, since I want to do many of these (each for a different genus of critter), I published a hosted Feature Layer from ArcMap that has 10 layers within it. However, now I need to update just one of those layers, and I'm not seeing how to do that. I've done a fair amount of reformatting and renaming so would prefer not to overwrite the entire hosted Feature Layer (and also don't want to use more credits than necessary). Is this even possible?

As an alternative, I thought maybe I could delete just the one layer from the hosted Feature Layer, and then create a new hosted Feature layer with that individual layer...but deleting a layer doesn't seem to be an option.

I haven't done a lot within AGOL so perhaps I'm not setting this up in the most efficient way? Any thoughts would be appreciated. Thank you!

Please go to your Hosted Feature Layer's page in ArcGIS Online and, on the Overview tab, click on the Update Data > Append Data to Layer option.

This will bring you to an Append Data dialog where you can upload a shapefile or FGDB with data for one of the layers in your Hosted Feature Layer. In a second dialog you can choose the specific layer to append data to, and whether you want to update existing records or add new ones.

Please see screen captures below for a little more explanation. 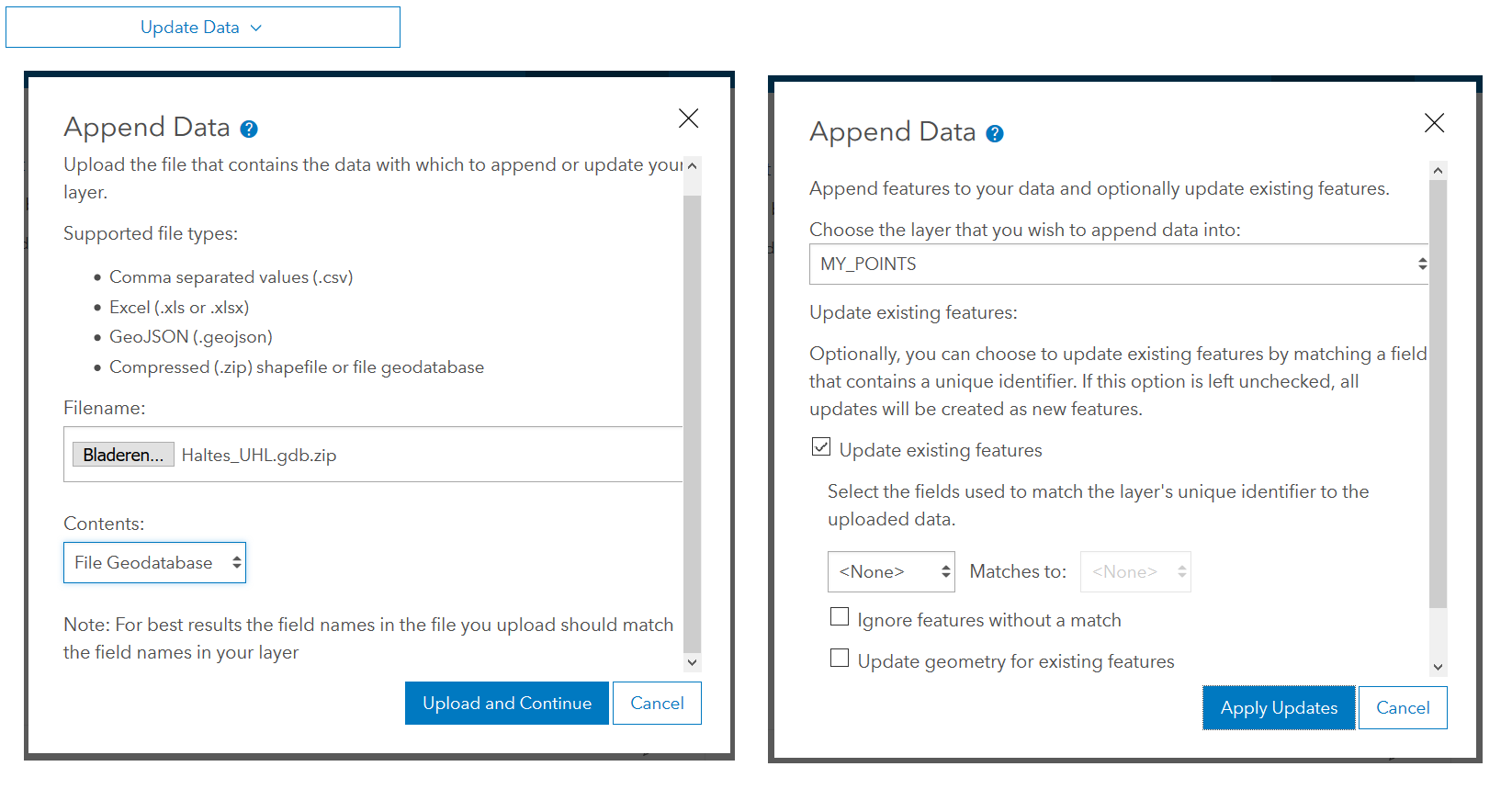 Yes, I tried that, but it appended everything from my revised version. So now I have really messed it up and have duplicates in the one layer that I can't change.

Sorry to hear it is all messed up now. Updating existing features only works with a unique identifier... :(

Optionally, you can choose to update existing features by matching a field that contains a unique identifier. If this option is left unchecked, all updates will be created as new features.

You may wish to delete all features from this corrupt layer and add your revised dataset again.

How to delete all features?

Does this solve your issue? 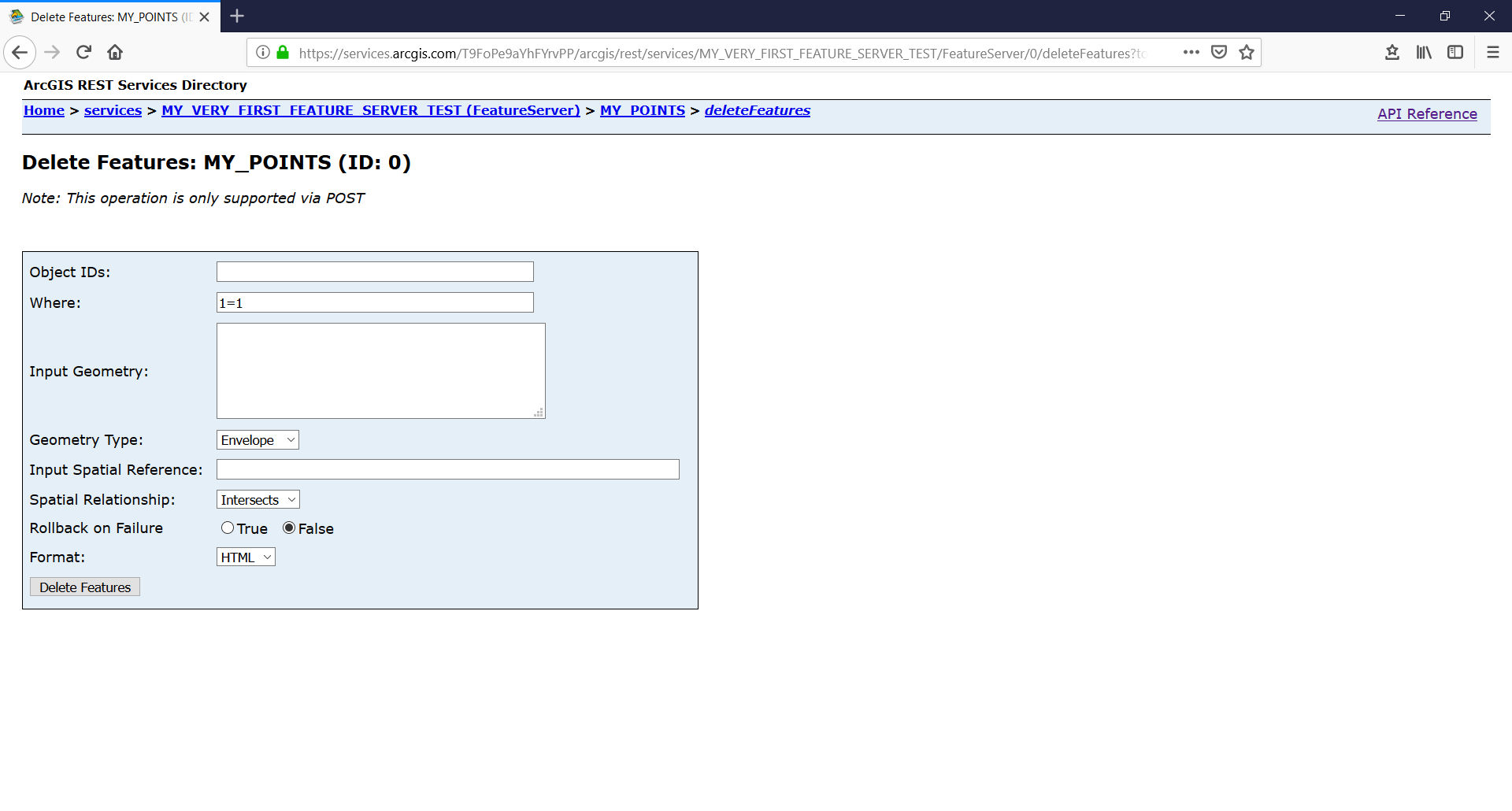 I don't think so...these are the only operations I see -- no delete option.

Hmmm, you should be owner of the layer (or admin) to have this option to Delete Features...

I have publisher rights for my organization, and I am the creator of the datasets in question. Anything I should ask our AGOL administrator?