how to make a "drive time force field"?

I have a need to create a sort of "drive time force field" feature.  The idea is that I have several points, and I start driving from all of the simultaneously, and I want to get the resulting area feature from all of the start points where they run into one another.  Then I could look at population and other things inside those areas. 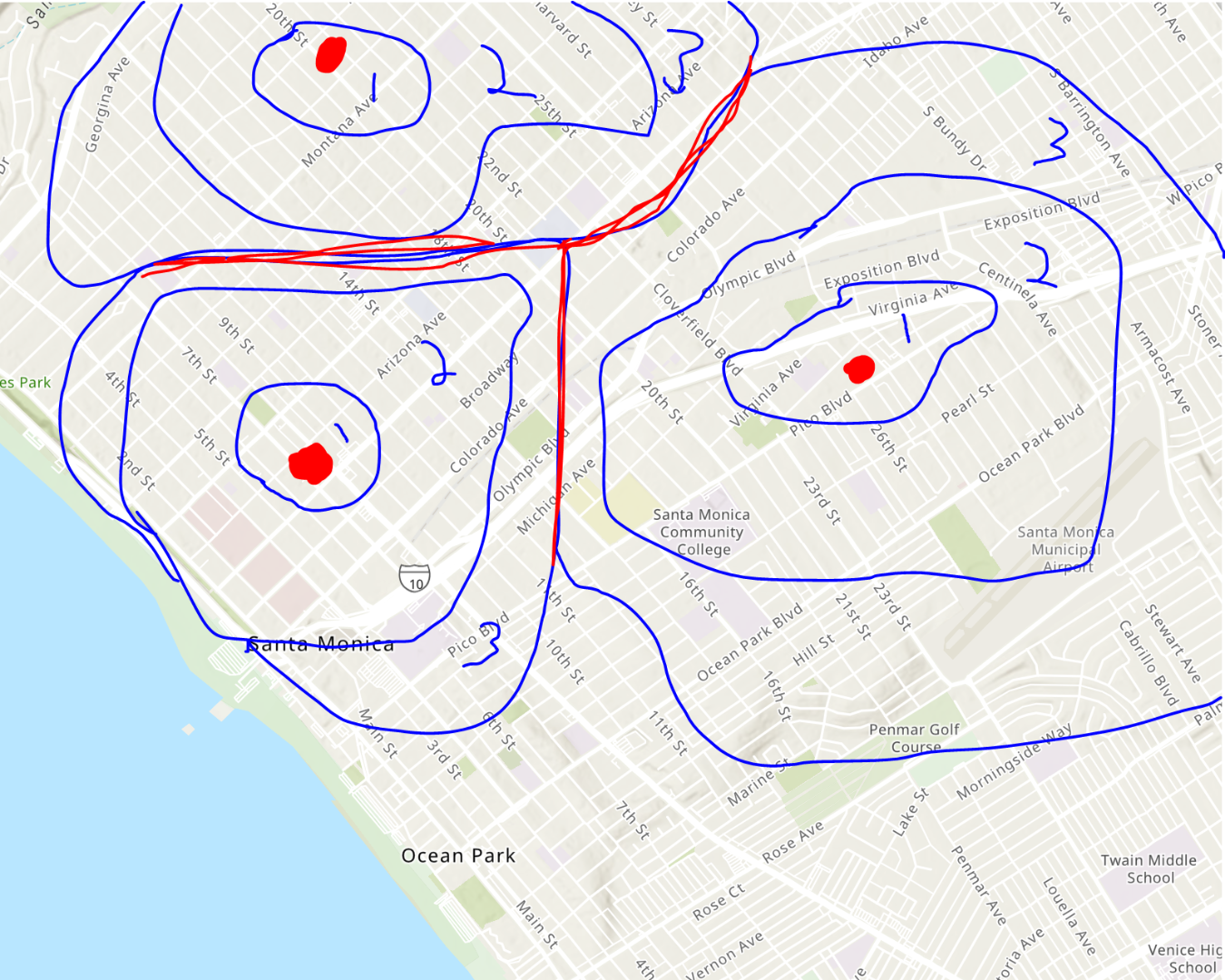 There's 3 locations, and they all run into each other in the line scratched in red on the blue "iso-drive-time" lines. I want to get the "zone 3" polygon for each dot.  The idea would be I don't want anything over 15min, I just want to get the zone of contention, so to speak.

Maybe like in physics, I'm thinking of calculating where gravity/electric/magnetic field would null out from the distance of the points?

It would like running the drivetime function on 3 points at a time, but somehow using a smart version of the "split" option for the "areas of different points" input, only it would be smart, stop moving at the intersections with the other points' drivetimes.

Any ideas on how to do this in AGOL?  Any ideas in general on doing it in Pro or any other platform?

Use service area analysis with the non overlapping polygon option. This will produce the network thiessen polygons you're looking for.

Wow!  Thanks!  Now that I know the correct terminology, I was able to find a lot about this technique.

Sadly, nothing in AGOL.  So, I will try to give it a whirl in Pro or other platform.

Nice to know there's a completely well-known technique for what I was thinking of.  I had a feeling there would be.