ESRI vector basemaps all contain an anomaly (at certain scales) in Anclote Key Preserve State Park off the west coast of Florida. It looks like a huge triangle shooting out of the Gulf of Mexico.

ESRI, is it possible to fix this? Please see attachments.

I would recommend contacting Esri Technical Support to have these issues logged to be addressed.

I would recommend contacting Esri Technical Support to have these issues logged to be addressed.

The different styles are all pulling from the same source, https://basemaps.arcgis.com/arcgis/rest/services/World_Basemap_v2/VectorTileServer/.

Looking at the tile in question (9/214/138, for reference), the Marine Area seems to be dropping some nodes between Anclote Key and the NW corner of the tile, or else it's connecting the inner and outer rings in some way. You can see the same issue (though less prominently) between the same area and the NW corner of larger tiles, too. 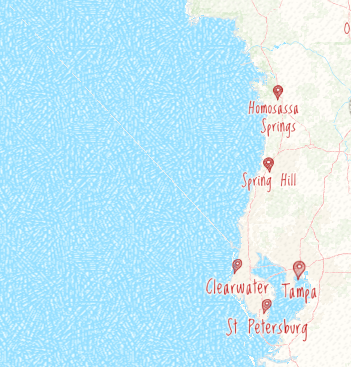 Interestingly, there doesn't appear to be anything wrong with the feature itself. No vertices out of place, or connections between the NW corner and Anclote. Here's the marine feature rendered separately from the PBF: 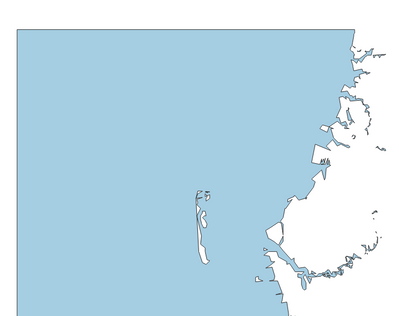 What's more, opening this same basemap service in some other (non-Esri) client, the problem does not appear. This artifact is being introduced in the rendering of this tile, and specifically in Esri's own map clients. In any case, @George_Thompson 's recommendation to contact Tech Support is probably the right approach, as there is nothing that you as the end user can do. But I thought some additional info might be of interest.

Thank you George I will do that. And, thank you Josh for the detailed explanation!

ESRI Support pointed me to a spot where basemap issues can be reported: https://www.arcgis.com/home/item.html?id=28450cb78b324aaeaadb751e92d16ae0