Hello! I need to overwrite a hosted feature layer but only the Append Data to Layer option is available? I looked through all the settings for this hosted feature layer and nothing seems to be different from the other layers I routinely Overwrite. I've looked thru GeoNet postings and did google searches to resolve, but came up empty-handed.

Any ideas? I've never come across this before.....

There are AGOL hosted feature layer issues right now, so this might be the reason it is not working as expected. 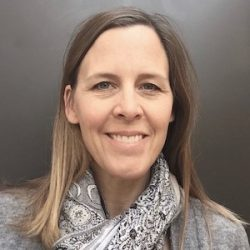 Did you ever resolve this issue?

I've had the same thing happen a couple of times. We have three feature services that were originally created from Google sheets using the Add Item from Cloud Drive workflow. As needed, I use the Update Data button (selecting Overwrite Entire Layer, the only option) to update these feature services with the current data in the Google sheets. It's quick and easy and works great... until it doesn't.

Three such layers at various times have stopped being updatable. When I click the Update Data button, I suddenly only have the option to Append Data to Layer. So far, I have been unable to find a way to get the Overwrite Entire Layer option back once this happens. I also have not figured out what triggers the change (I know the Google sheet's structure and permissions have not changed). And it usually only affects one of the three feature services at a time. In all cases, I've ended up having to create a new feature service and update all the web maps and apps that display it.

I would love to get to the bottom of this issue.