I am wondering if it is possible to add Esri vector basemap/tile layer to my Web AppBuilder basemap widget. I am using custom zoom scales and the precached basemaps wont work, however the vector basemaps do. Does the esri vector basemap group make the service url to these basemaps available similar to the default basemaps. For example if I wanted to add the Dark Grey Canvas basemap to the widget I would fill out the dialog box below and use the service url. 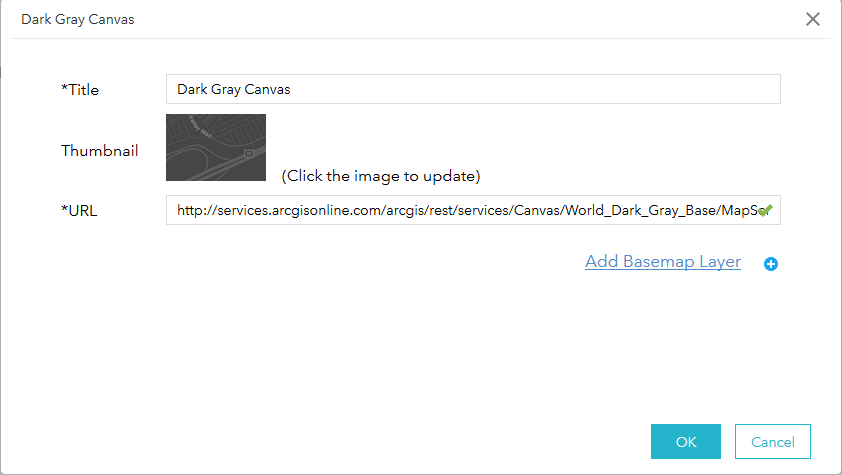 but this link isn't accepted by the dialog box. Is there a service url for each vector basemap? 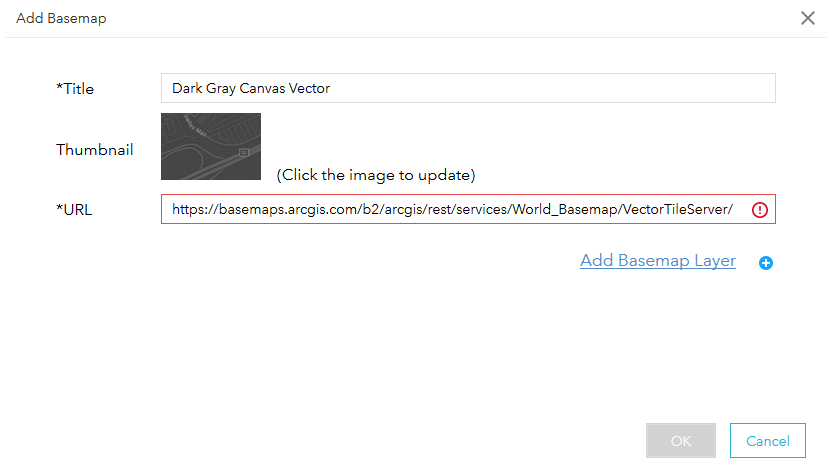 To my knowledge Vector basemaps can not be added to the Basemap Gallery Widget UI in WAB currently.

We are using WebAppbuilder 2.5 Developer edition and i still cannot find a way how to add Vector Basemaps to the Basemap Widget.

Please see the last post in this GeoNet thread,

> The status of Esri BUG-000106317 - When adding Vector Tile Basemap in Web AppBuilder Basemap Widget an error "This type of layer cannot be used as a basemap." will appear. - that you have been associated with has been changed to Not in Current Product Plan.

Public Explanation: At this time the only supported vector basemaps in the WAB basemap widget are the Esri default basemaps.  If using a custom basemap it must be a raster, not vector, basemap.

It is still not clear though how to add ESRI Vector Basemaps to the WebAppbulider Widget. 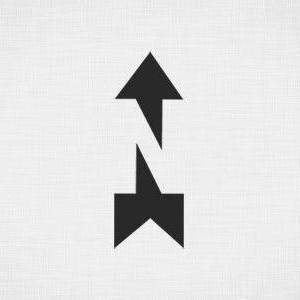 Is it still the case that: "Public Explanation: At this time the only supported vector basemaps in the WAB basemap widget are the Esri default basemaps.  If using a custom basemap it must be a raster, not vector, basemap."  at WAB Dev version 2.17?

I have our AGOL configured to allow vector basemaps to be used in WAB Dev. However, this only allows for you to add them to an app as "Esri Default Basemaps".  I would like to create a custom basemap configuration where I layer our in-house contour product on top of the vector World Topographic Basemap since the vector version of the World Topographic Basemap does not actually have topo lines.

I haven't worked closely with the Web AppBuilder Dev team in awhile, so I can't comment. Sorry.
Looping in Jianxia Song‌ and Lemao Wu‌ for comments.

Are you able to add this tile layer into map view? You may try create a basemap with this vector layer, and set the basemap gallery property in your organization. This blog may help: https://www.esri.com/arcgis-blog/products/arcgis-online/mapping/custom-basemap-gallery/

Once you share/add your base map to the group you set for the Basemap Gallery, you can see it in WAB basemap widget. You may either sync with the basemap gallery setting or customize adding and reordering your target maps. 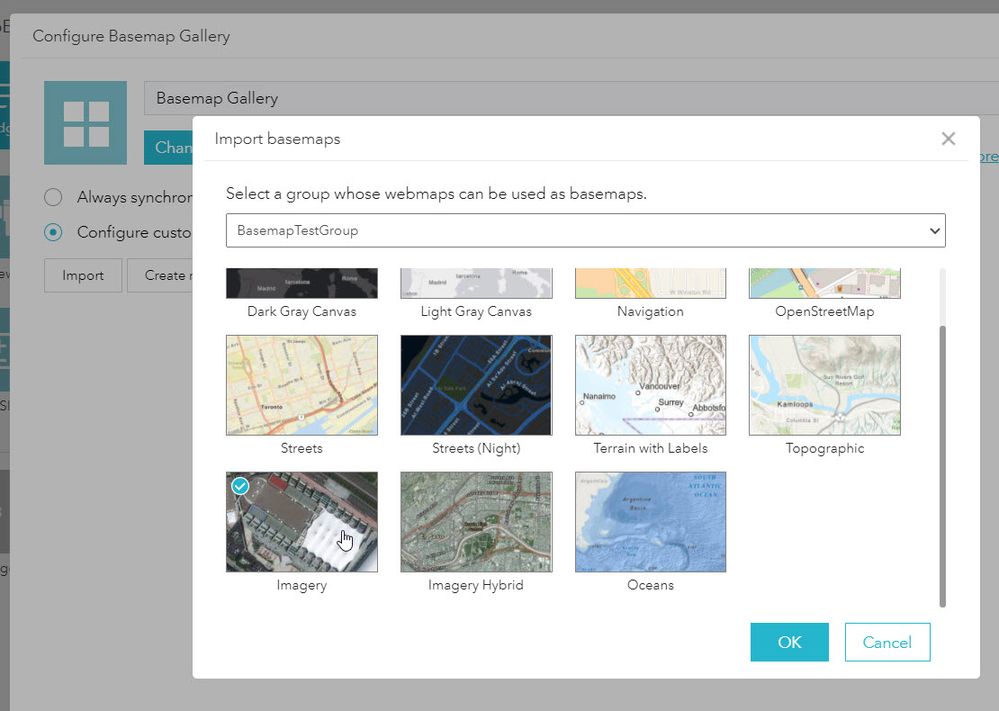