I created a multiple disk buffer of a lake.  In Theory I should see a 100 foot disk on top of a 500 foot disk.  However, I did not as it appears the 500 foot disk is displaying on top of the 100 foot disk.  This creates a problem since ArcGIS Online does not allow users to control symbology order within a layer.  To work around this issue users could load the layer twice and apply separate filters, however that seems to take several unnecessary steps.

It might be easier for users if ESRI would take one of the following steps.

Figure 1.  The 100 foot disk buffer is missing in the multiple distance output because it is covered by the 500 foot buffer. 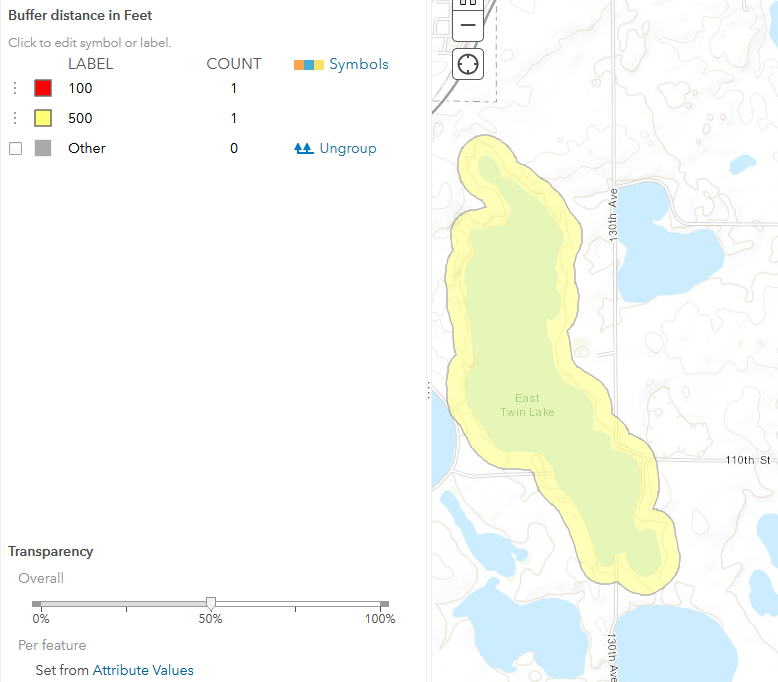