How to calculate cumulative angles on specific routes?

I highly appreciate if someone could provide advice to calculate accurate angles on specific route in a network.

I am trying to calculate accumulative angles from Node 1 to Node 423 on the shortest path as shown in the left side of Figure 1. Network is built from Voronoi poligons which is converted into center line colored green, so it is actually composed of short segments connected each other as shown in the right side of Figure 1 (small nodes indicate edges of each segment). 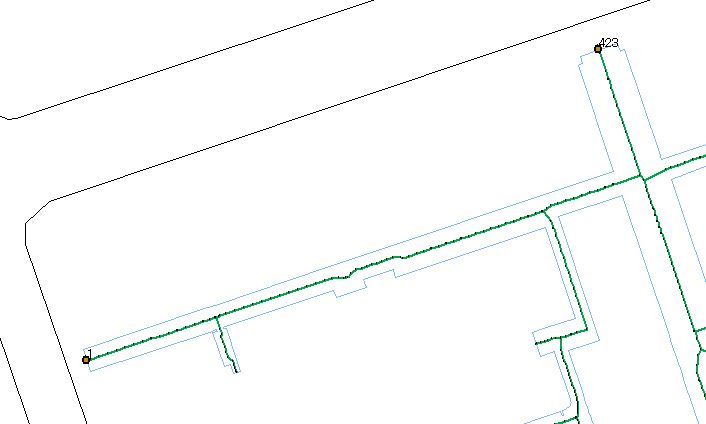 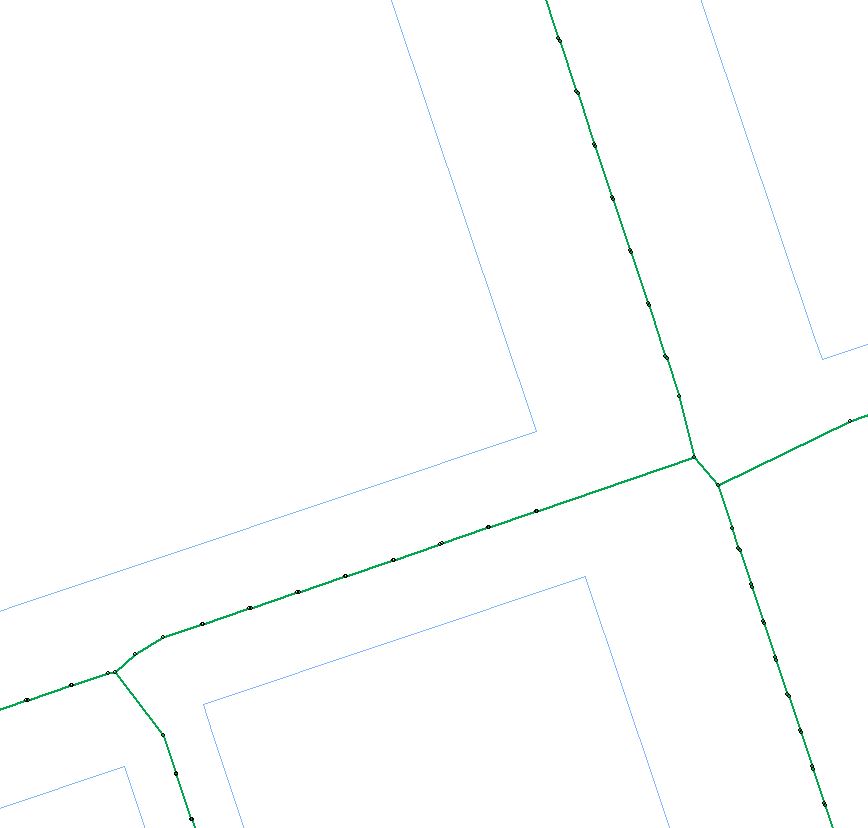 Source values of "Angle" is set as 0 for all sources (Figure 3).

Only turn penalty is set as "Script" in default values.

VB script is set as below.

In "OD Cost Matirx", "Length (Meters)" is set as impedance and "Angle" is marked in accumulation tab.

However, as shown in the Figure 1, there is no U-turn observed in the network though Left-turn may be possible on the way from 1 to 423 as center line skews at some sections.

Do you have any idea which can fix this problem?

Thank you in advance for your advice.

For your reference, I also built another simple network to confirm the calculation applying the same setting and obtained correct answer (Figure 6), 1 time of Left-turn and 2 times of Right-turn (total angle = 1002). 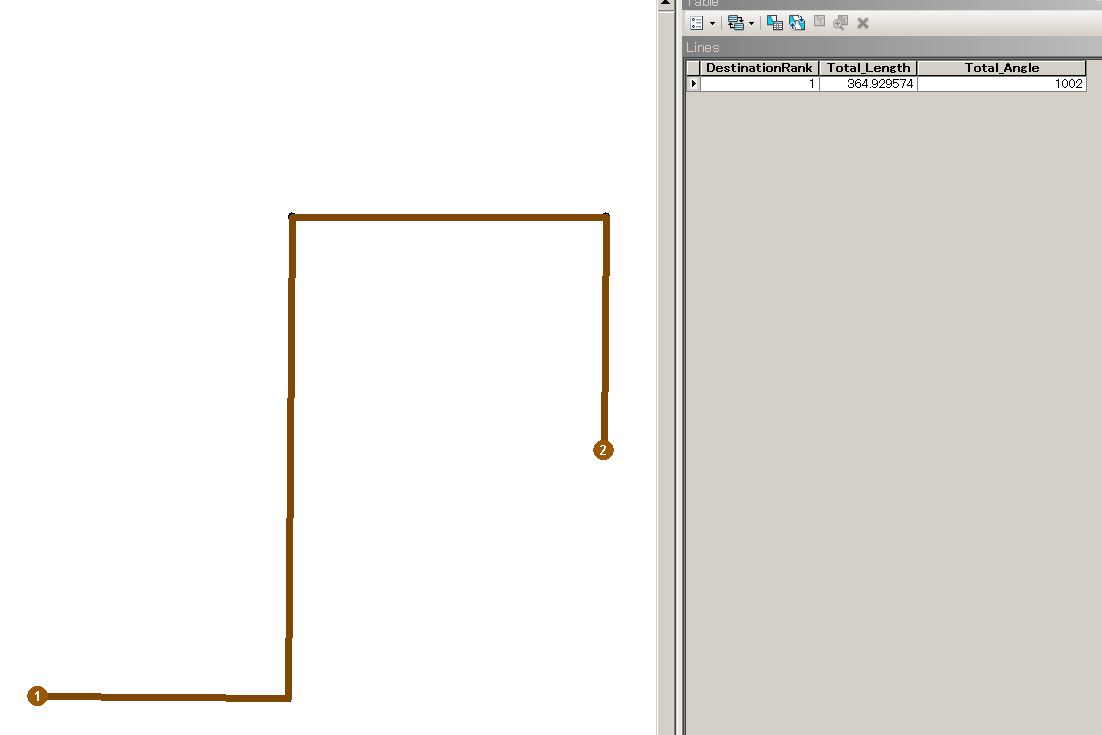 The setting itself may be OK, but there may be geometric factors which prevents appropriate calculation in such network composed of very-short segments. Length of the segments distributes from 0.00319 to 3.51153 (Figure 7) which is used as distance impedance (Figure 8), not "Shape_Length" which is automatically calculated when "Network Data Set" is created.