Can metadata for items stored in Hub be manually created? 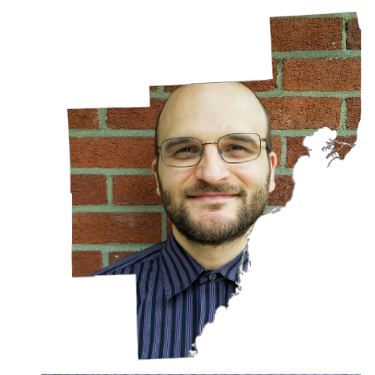 My organization has fairly strict standards for metadata, particularly for any data that will be available to the public.  We have some GIS layers stored in one of our initiatives (we have Hub premium, not just the open data portal) that we would like to associate with metadata that meets our organization's standards, which are based on the FGDC CSDGM.  However, whenever we upload these layers to the Hub storage, the metadata is automatically converted to ISO 13139 format and drops a number of fields from the metadata.  Of greatest concern to us is that attribute definitions aren't included, which we consider essential for anything that may be used by people outside our organization.

As a test, I tried uploading metadata in ISO 13139 format, and I got similar results.  The resulting metadata was cleaner than what had been converted from FGDC format (the converted-from-FGDC metadata had some fields, such as tags, included multiple times in the XML), but it still clipped off the attribute definitions.

Whether we upload in FGDC or ISO format, the metadata cannot be edited once in the Hub storage.  Clicking the Metadata button on the Item Description page opens a static page showing the metadata in a browser window instead of opening the metadata editor as expected.

Is there a way to have full control over the metadata associated with items in Hub initiatives, as there is with normal AGO items?  If so, how do I do it?

Thanks for your question. This is good feedback as we are currently working on making it easier in Hub to edit metadata, update terms of use, upload content, and we have plans to make metadata configurable based on profiles so that you can conform your data to a standard. Currently, there is no way to associate a metadata standard with an initiative. We are building out the metadata editor (found at /:id/edit), but there are no profiles for standards yet.

I'm familiar with the metadata editor in ArcGIS Online, and I use it regularly in doing other parts of my job.  Is there a way to access that metadata editor for a layer stored in a Hub initiative?  When I try to access it the way I would for an item in the organization's ArcGIS Online account, it instead opens a static view of the existing metadata.

If I understand you correctly, you're probably getting a static view of the existing metadata by clicking the 'View Metadata' link on a dataset page (see the screenshot below). Is that correct?

You can access the ArcGIS Online item details page (and the metadata editor) under a Hub item's edit route. If you have edit access, click the edit pencil on a dataset view, and you'll be taken to the Hub metadata editor. From there, click the more '...' menu and click 'Edit in ArcGIS Online'. Is this what you're looking for?

That is not how I'm attempting to access the metadata editor.  I'm clicking the Metadata button in the Item Description page.

When I talk about metadata, I'm not referring to the very basic Summary/Description/Terms of UseTags/Credits that can be viewed directly on an item's Overview page.  Our standard includes contact information, attribute descriptions, and other metadata fields found in the FGDC CSGDM format.  When logged into our ArcGIS Online organization, I can access an editor that lets me fill these fields out by clicking the "Metadata" button on the right-hand side of the Overview page, several buttons down from the "Open in Map Viewer" button.  When logged into the Hub account as the owner of a particular dataset, clicking that button instead opens a static view of the metadata.

I tried to attach screenshots to illustrate what I'm talking about, but the uploader doesn't seem to be working for me.

Okay, thanks for the clarification. I'm not sure that this is a Hub-specific issue and sounds more like a permission issue when viewing the ArcGIS Online Metadata editor. However, please feel free to email me at thervey@esri.com with the two accounts you're trying to edit metadata with so I can take a closer look.