I notice that while I can add un-editable layers into a FieldMaps map for offline use, when a user takes that map offline and creates a replica on the un-editable layer, the replica has the same drawbacks as replicas on editable datasets -- they ruin the ability to update the hosted layer while the replica persists.

For un-editable datasets when an append-type workflow is not feasible, why must a replica break the ability to update the layer? It's not like the user replica is going to feed back changes to the layer.

Is there a way that this can be modified or fixed? Anyone know of a workaround that doesn't involve changing the standard update workflow to the un-editable layer when there is a replica taken out on it?

From the service URL page there is a Unregister replica page.  If you give that page a * it will remove all replicas.  You could program this in I think.  So your script removes the replicas then publishes.  This will of course break any sync ability of the user and they would have to take a new replica offline to start sync again (I know no edits but sync also is used to bring in new adds from the service). 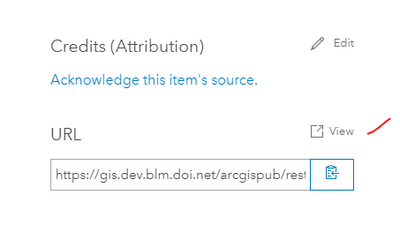 Replicas is how the whole offline system works so I do not think you can stop that part.

Thanks for that, yes I am aware of the ability to unregister replicas. Unfortunately it is not an option in this scenario as it will break the sync back process when users are trying to push their edits to the editable layers on the same offline map back up to AGOL.

I ran into this also.  Would be nice if the un-editable layers could be a "snapshot" when taking it offline instead of having sync capabilities on it also.

Depending on how much and what kind of data you are refering to.

One options is to move the un-editable layers to the basemap so they are not part of the replica/sync process.

Of course, depending on how you are using basemaps, when you update the layer(s), you will need to re-generate the offline areas, or sideload updated basemap to the device(s).

I appreciate your suggestion. For smaller layers that are not editable, the append process is sufficient to update layers while there are replicas out and it is not an issue. The datasets I am running into an issue with are large to the point that trying to append as the update mechanism is too slow to be feasible (the processing time is longer than the update periodicity -- for example it would take 3 days to append updates, but I need to update the layer every 2 days).

I like the idea of moving the data into a basemap, but having to then regenerate the basemaps and sideload them on all company devices at the layer update schedule is untenable.

Have a read of this threadHow to update sync data on ArcGIS Online as others are grappling with the same issue. Unfortunately there are no easy options.