Survey123 Geopoint not loading on Safari iphone or Desktop

Works great in firefox and chrome.

I have users reporting similar issues.

My issue is slightly different. I have a Survey123 form embedded in a webpage using an iframe (html). If accessing the page via a mobile device, when they click on the geopoint to activate the map / location input options, the map is black / blank, making it impossible for them to select a location. After some more testing, this appears to affect all mobile devices and browsers (not just iPhones / Safari). It performs as expected when accessed via a computer, or if the form is loaded directly in the web browser using the direct survey link (on mobile devices and computers).

So you're basically embedding the experience builder app on a webpage and you're receiving the black/blank screen on mobile?

Thanks for the response, David.

I have a Survey embedded in an experience, using the "survey widget".
When I open the survey on iPhone (tried both a 6s, and 2020SE) in Safari it fails to load the geopoint, that pain just stalls in the loading zone indefinitely

On an iPhone using the firefox app, the survey and Geopoint do load, but when you click on the geopoint map to select a location, the result is some form of black screen that dominates the page. It appears if the black screen is still accepting input, albeit kinda random, because in the rare event the geopoint screen can be closed, there is a resulting input location. Often I am forced to close the window as there is no other way to get out of the black screen.

Thanks for any insight.

I'm just testing out two different public Survey123 forms for mobile and browser use. I've had feedback from 2 users that they have not been able to submit location data as the section isn't loading correctly on Safari. (Safari version 13.1.2) 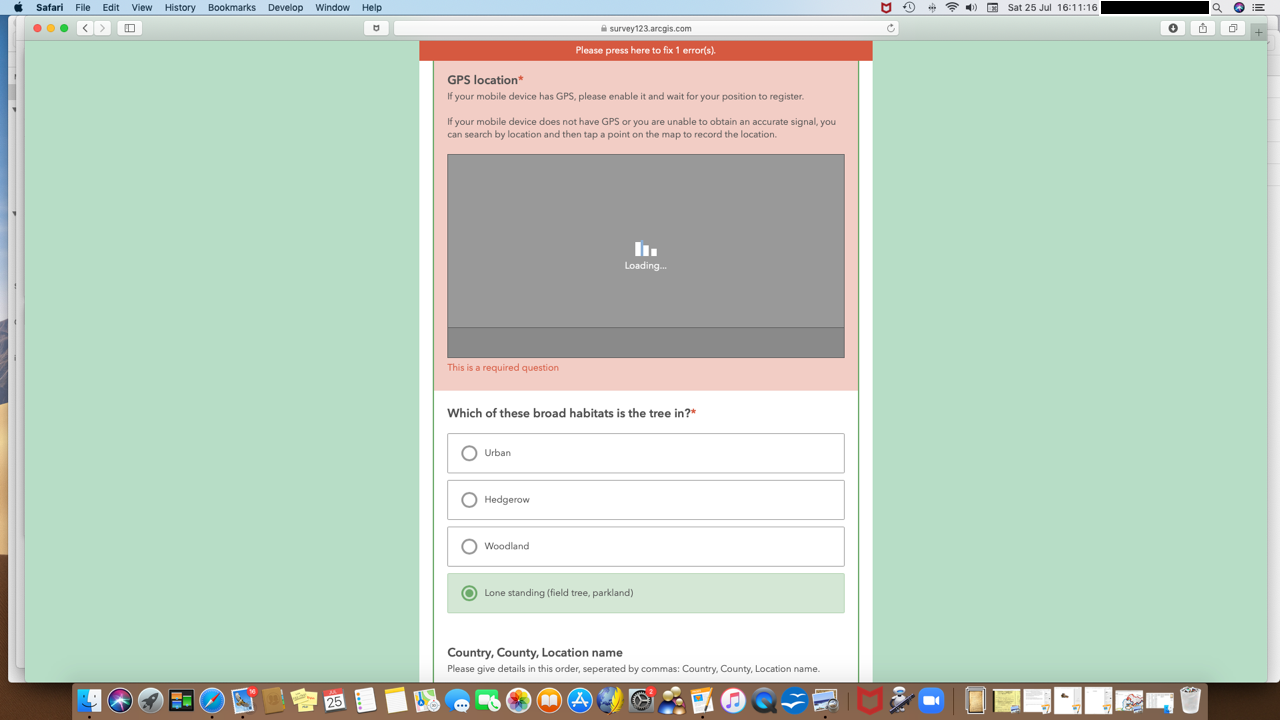 It's working fine on Android and other browsers. I haven't tested on iOS.