When you select a legend item in a pie chart it removes the slice from the pie. For anyone not yet familiar: 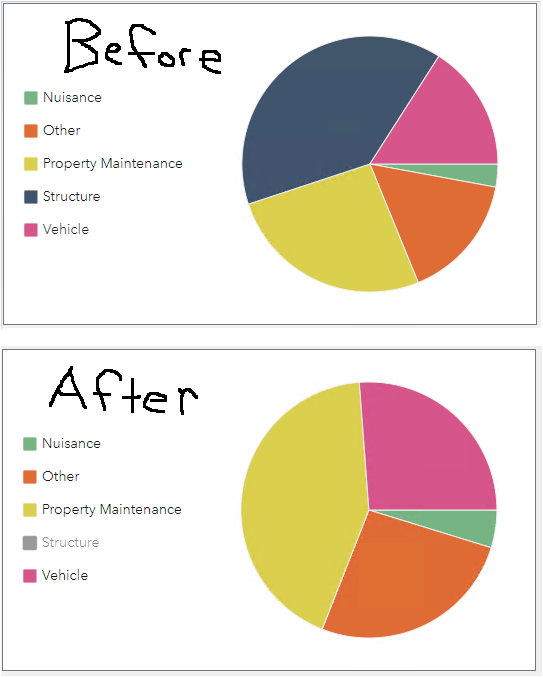 When our layout (and chart widget) was stretched to a wide screen, the legend and the pie chart were placed far from one another within the widget. In that scenario, the hide the slice functionality was especially confusing. We would rather the user click an eye symbol in the legend to to hide pie slices, for example, as seen in the Map Layers widget:

More to the point, in the example below the labels are not shown around the pie chart. Currently, hovering over a legend item displays the associated pie slice's data values. That is OK, but we would like to have the option to set the click on the legend items select the associated slice in the pie chart and display it's values. The effect would be the same as on-click and on-hover events for slices combined as seen here: 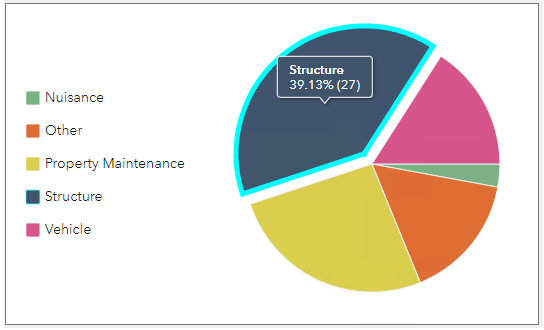 This seems more intuitive, visually clear to the user, and would add the convenience of continuing to show the values over the pie slice when the user moves the cursor off the legend item.  Also there is really no hover on the screen of a phone.  Press and hold sometimes works to keep the data values showing, but doesn't work really well.  When slices are small the data values are often obscured by the user's finger.