When installing Web Adaptor 10.5.1 on Linux, I am getting the JRE libraries are missing or not compatible.... error. I have Java (1.8.0_161) installed on the RHEL 7. See the image. Any idea or suggestion? 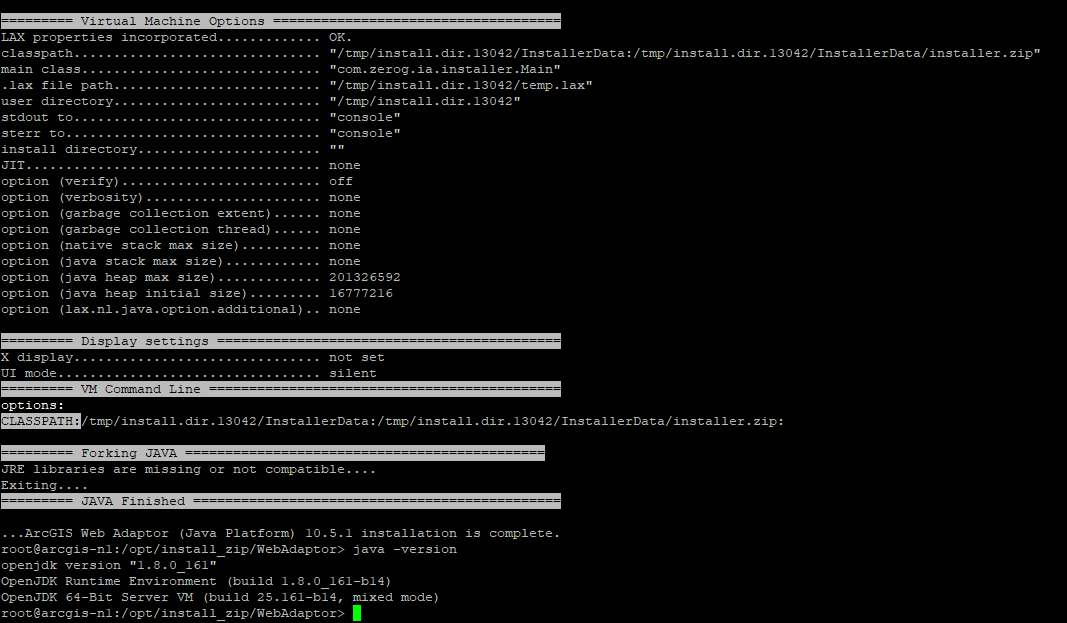 I can't recall the specifics at this time but I remember I always had an issue installing/registering the web adaptor using openJDK.  Once I installed JRE from Oracle, I didn't have a problem.

I uninstalled the Open JDK and install the Java rpm downloaded from Oracle website. Also set the JAVA_HOME env. variable. It is still giving me the same error. Now I have..

Setup script created a folder in /tmp and there is folder named /tmp/install.dir.18375/Linux/resource/jre . I don't know where the Setup script got that from... not sure what jre is this..

Thanks for your reply anyway.

The installer uses its own bundled JRE. It shouldn't matter what the system Java version is.

The issue was related to Setup script requiring execute permission in /tmp folder. I don't see that in the documentation. Error message was something do with Java. Sorry, but you could write a better installer than this.

Oops! Yeah, that is a requirement of the third-party software we use to build the installers. We have it documented in the install guides for other Enterprise products, but it was overlooked for Web Adaptor. We'll get that updated. It is unfortunate that Java does not give a more useful error but I'm glad you got it working!