Comparing the changes between the parent and child versions,

Comparing the changes between the parent and child versions,

Currently, the ArcGIS shows only where there is a conflict between child version and its parent. What I wanted to know here if there is a way to show all the changes that has occurred regardless if it caused conflict or not so that the data verifier can accept\reject the change. On other words, I don’t need to restrict “resolving” the update just in case of conflict but I need also to have a look on all other changes even in case where there is no conflict and then to decide either to accept or reject. 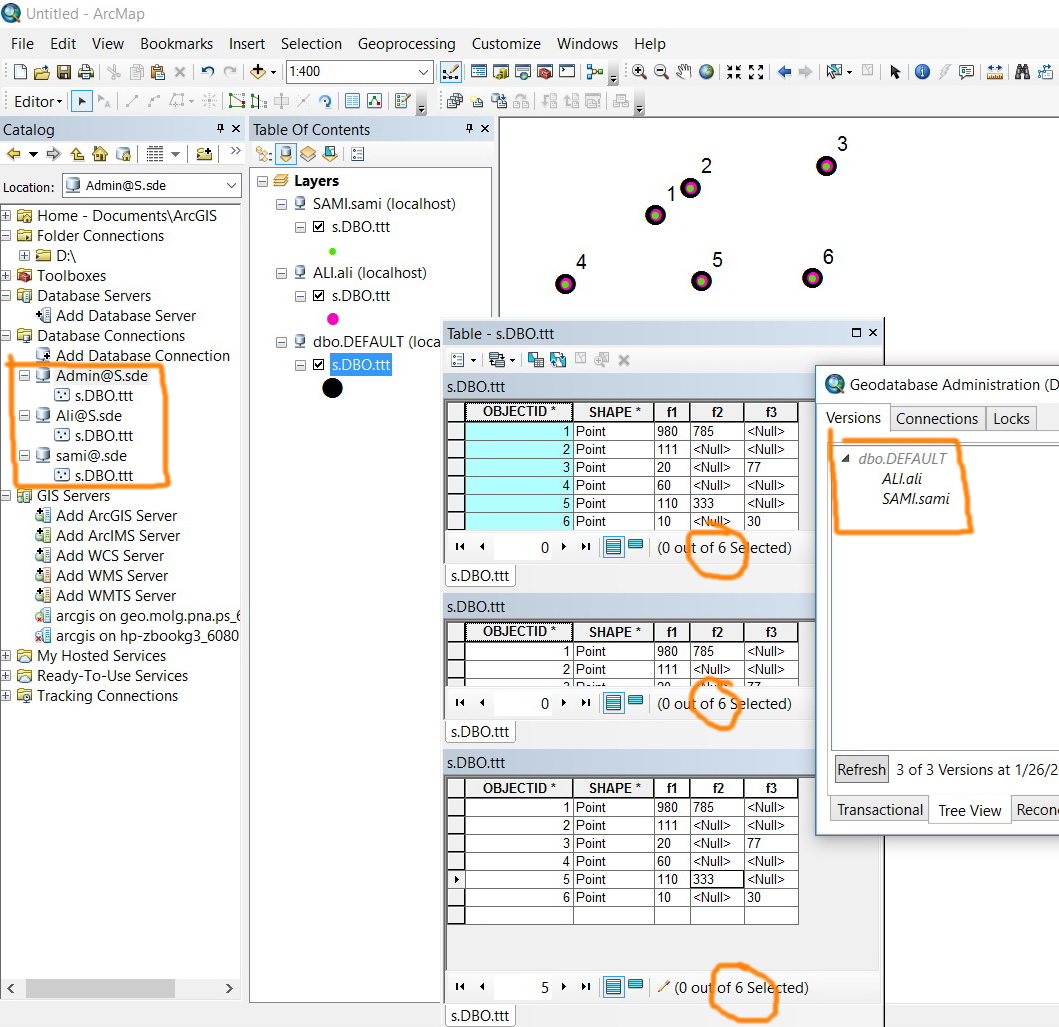 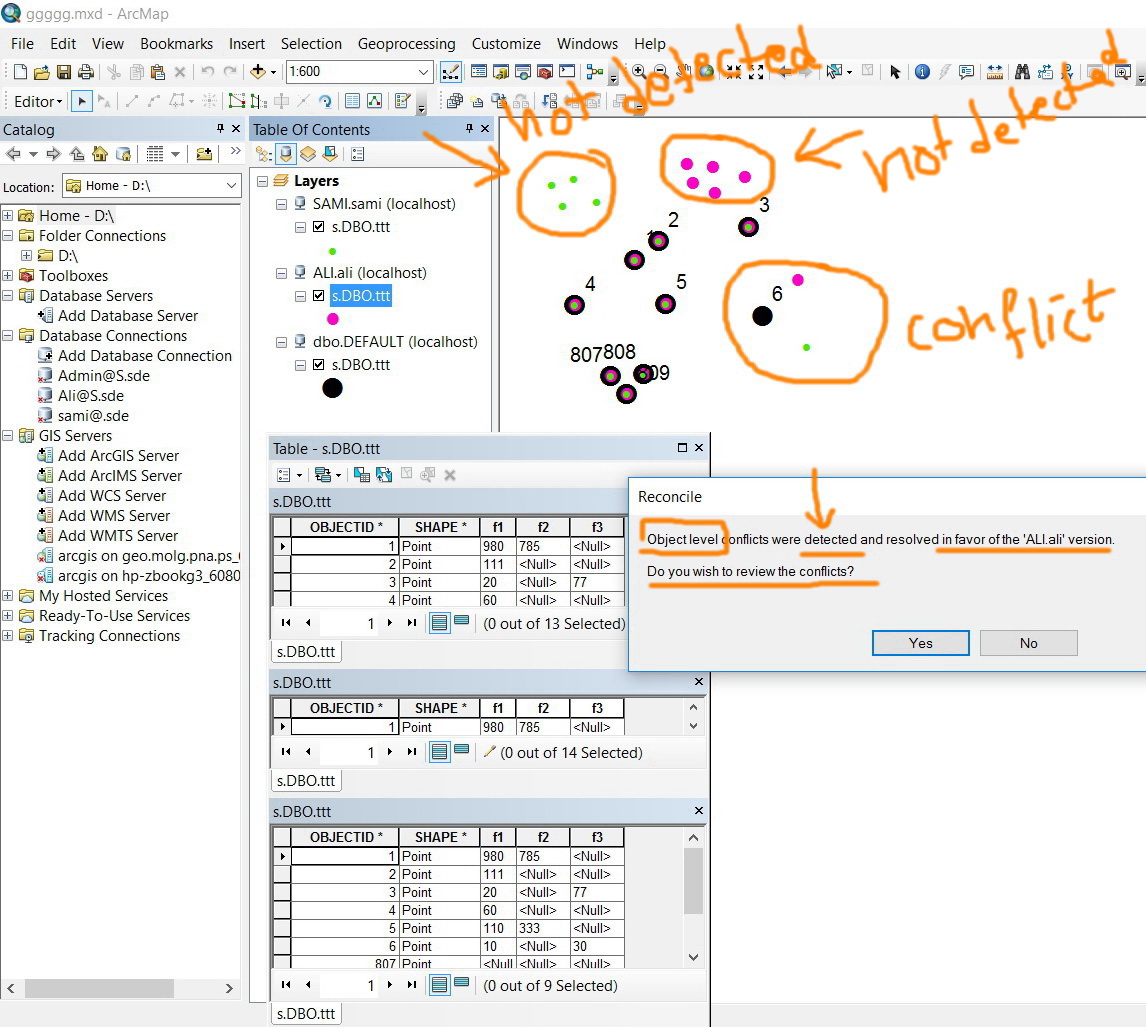 Edit...sorry, I think that takes the data reviewer extension, and isn't part of core.

Have you looked at this section in the help?

The Version Changes dialog box provides the capability to view the changes made to a version since it was created or last reconciled with an ancestor version.

The dialog box lists all modified classes, inserts, updates, and deletes and allows you to view these in an experience similar to the interactive Conflicts dialog box.

It also allows you to view the changes made during your current edit session.

Hi Jamal - use caution when trying to mass reconcile and post. The behind the scenes action is comparing one version to another....I'm not aware of any way to compare multiple child versions to a single parent, although I think that could be a useful tool. In your later post, you were using the batch reconcile tool. Using that with the abort if conflicts are found would be the fastest way to identify conflicts between children of a single parent.

Thank you guys for the input. This is very useful. 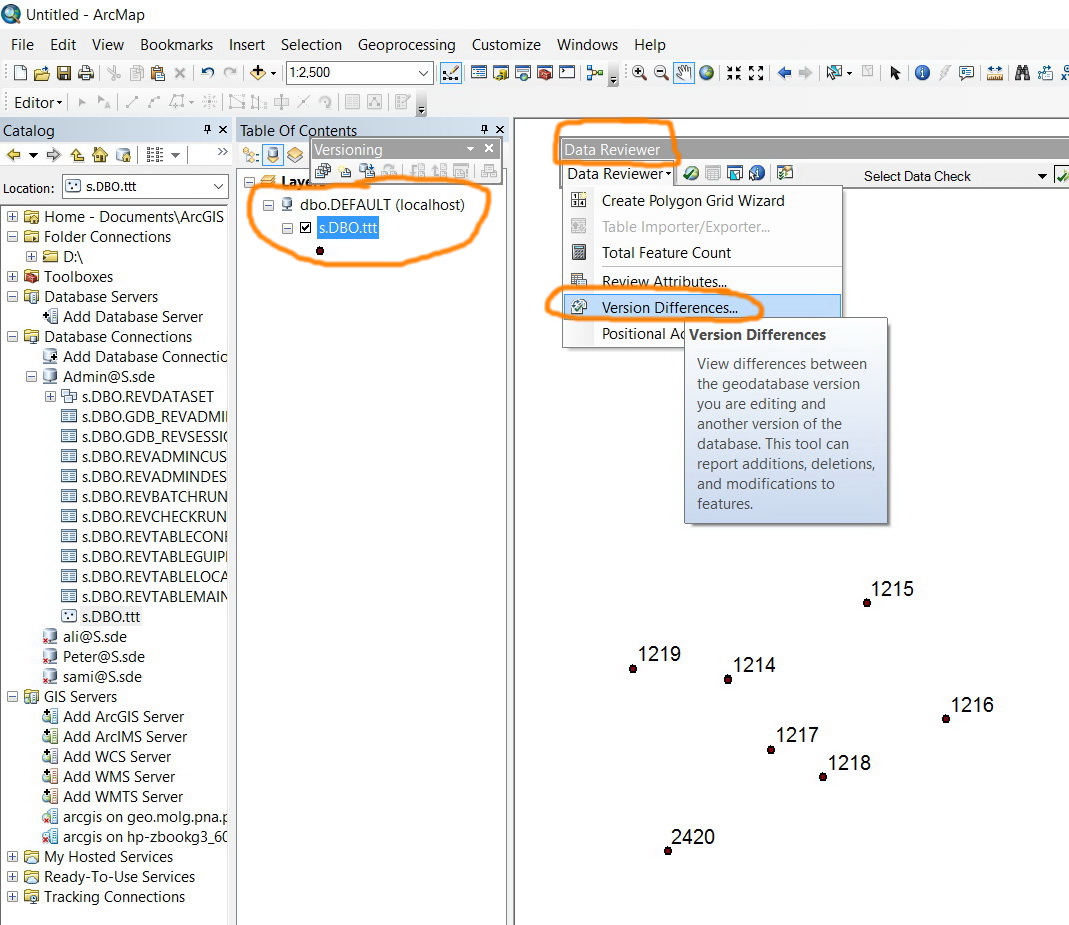