I have been developping several Web Apps since last Fall for my company. During the development phase, the Portal acted normally. I would export a Web Map or a Web Layer from ArcGIS Pro, create an App from a Web Map and tweak several details (like definition querries, visibility ranges, symbology) from ArcGIS by overwriting Web Layers. The changes I did this way always updated the Web Maps automatically.

However, the last process I needed to do was to divide my Web Apps in different operational sectors. That meant one Web Map and one Web App for every sector, all copied from the original. I also had to apply different filters for every new Web Map so that it only displayed the data from the sector in question. In other words, I now have 20 Web Maps (and Web Apps) that depend from the same Server, but each having slightly different filters.

Creating all those Web Maps being a big job, I used ArcGIS Online Assistant to bring about all the changes quickly.

Unfortunately, since I did so, the Web Maps don't always update when I overwrite Web Layers from ArcGIS Pro. The visibility range is one of the elements that don't seem to update, but the symbology updates without any problem.

With that not working, I have to manually change every Web Map with the Online Assistant, which can be annoying.

Has anybody faced a similar problem? Is there an explication for this? I know that the Online Assistant wasn't developped by ESRI so I suspect some compatibility errors.

It's important to note that when you publish or overwrite a layer, what you're doing is setting the default symbology, labeling, scale range, etc. These are the settings visible in an item's Visualization tab in the Portal. Once a layer is brought into a map, however, those same settings can be overridden specific to that map.

If the map is updating to the new defaults (which I have seen happen), it's seems to be because the web map has no other settings of its own for the layer. But if I adjust any settings in the map, these take precedent over the layer's defaults, and future overwrites won't impact them anymore.

It sounds as if the web maps have a non-default visibility range stored. Thankfully, there is a simple way to deal with this. In AGO Assisstant, go to the web map's JSON and look for the minScale/maxScale items in the operational layers. 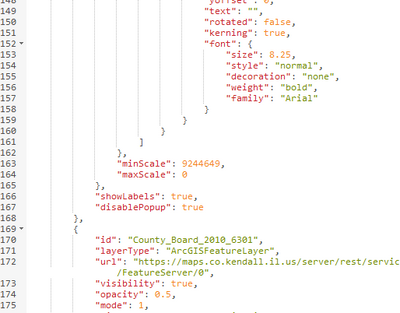 Delete those lines. That's it! Really!

Here's an example: I have a web map with a voting precincts layer in it, and I have a custom visibility scale defined (the image above). The layer itself has its own separate visibility range default. On the web map JSON, I deleted the min/max scale properties. 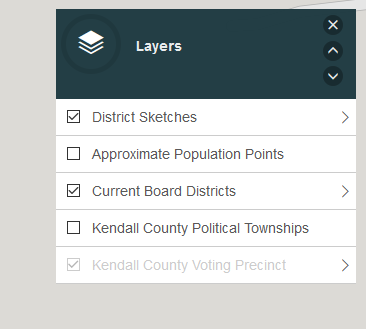