Is there any way for operation dashboard indicators to updates their display with newly entered arc collector info without having to refresh the entire webpage you are viewing the dashboard on?

I have a dashboard set up and the only thing bothering me is that once a crew updates information in the web map with collector that does not get shown correctly in the indicators until I refresh the web page being used to view the dashboard.

Set the refresh interval on the layer in the web map used in the dashboard. 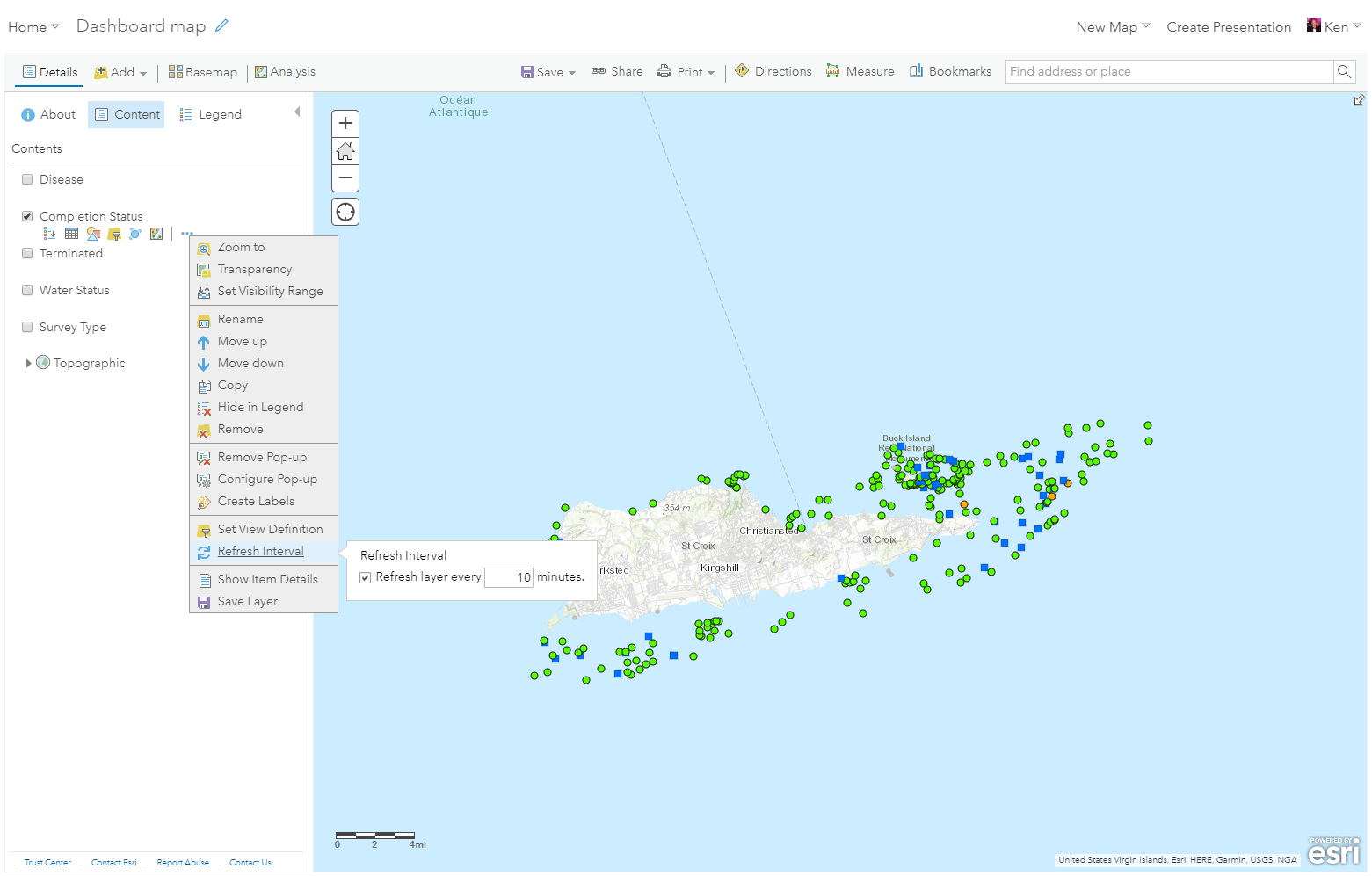 Thank you for the reply but that has already been done. The information updates fine but the actual indicator widget display # does not change on the dashboard until I refresh the whole web page whether it is Chrome or IE.

The dashboard I set up using the map above was showing the updates. These are two screen shots taken without refreshing the page. 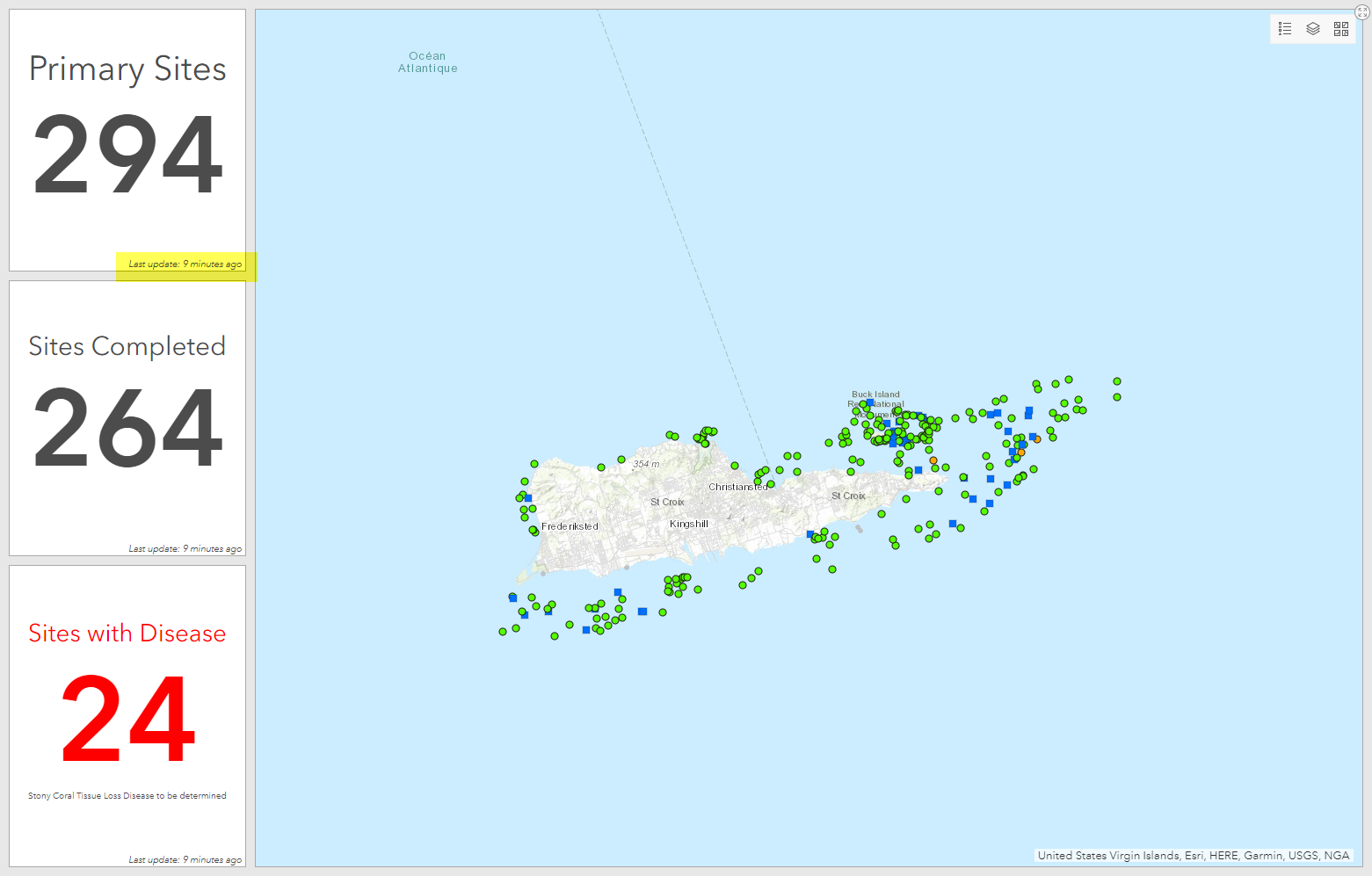 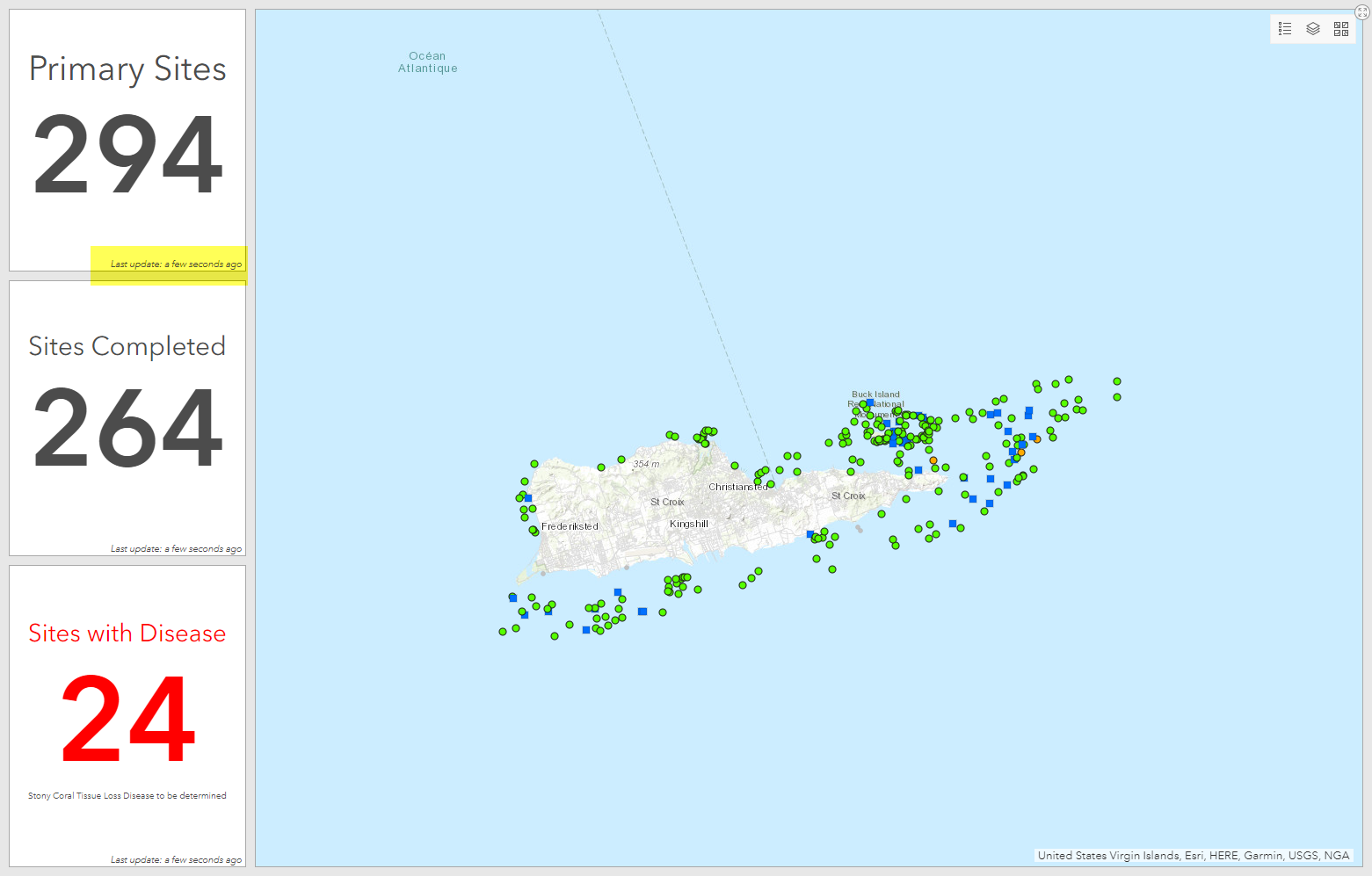 It appears the issue was the assigned layer. I was using the hosted feature layer and having these problems. I just switched the layer to the feature layer view  my symbology was drawing on and now it updates fine without doing it to the web page. Now I just want to know why that caused the problem. Was it perhaps because my feature hosted layer symbology is not set to update when the collector info is entered? I have the feature view layer set up to do that.