Since Collector 19.2 was released, my organization has been experiencing an issue with editing data in Collector while offline. When trying to Synchronize changes, the Sync fails with a generic message:

The layer that were collecting data in resides in an SQL Server Enterprise GeoDatabase along with other reference layers. The database and Feature Classes are configured appropriately (Archiving and GUIDs), and up until 19.2, everything was working fine.

Trying to simplify things to test, I scaled back to a service with one Point Feature Class that I am able to download. But when I try to Sync an Edit, it fails.

If I do an identical process in the same Web Map on an iPad that has 19.1 installed, the edit and Sync work as expected.

We are able to edit and sync AGOL Hosted Feature Layers when they are in a Web Map with other reference layers from the same database that holds the Edit Layers. And we are able to Sync all Web Maps when there have not been any local edits made.

So I feel pretty good saying that this issue was introduced (or became apparent) in version 19.2 of Collector. And that the issue relates to Syncing Edits to a Enterprise Geodatabase. I feel like I can't be the only one doing this.

Other related items which may be a kicker: In this environment I am running ArcGIS Server 10.3, and we do have some further intricacies with ArcGIS Server Security.

We have also submitted a ticket to ESRI Help Desk and are working through that.

YES! I have battled this exact same issue now for the last 24 hours and I could not figure out what is going on. I checked the Server logs and there is no traffic even coming in that produces an error message on the Server side. The only error message received is on the device. It is as if Collector is not even attempting to communicate with the service. Is there an easy way to roll the app back to 19.1.X??

The Collector Classic App is still working, so we have some users reverting to that.... 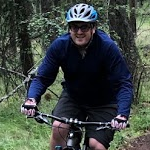 Having the same problem with syncing at Enterprise 10.7.1 with Collector 19.2 on iOS.  Collector Classic and Windows can sync against the same webmap.  This is using a hosted feature service within Datastore.

At Collector 19.2, on Profile page> Troubleshooting, turn on logging. Then try to sync. Check the log.  Can you share the log? It will record the info during sync.

Greg/Michael, what is the server security you have? Do you use ArcGIS Online webmap with proxied ArcGIS Server feature service?

Dan, what is Enterprise 10.7 security?

Security wise, we are using Windows Domain for User and Role Stores.  Using GIS Server as the Authentication Tier.    I have attached my Collector Log file from when I tried to Sync my map with just one layer in it.  Let me know if there is enough of the log file here.  There is more to it, but it seemed repetitive.  I can send it to you directly if needed.

Regarding the proxied ArcGIS Server Feature Service, yes, I believe we are...see below.

Using windows users and groups in Portal with a federated AGS.  The Portal WA has Windows authentication enabled.

I sent you the logs via email.

I work with Greg and we've been troubleshooting this.  Still no resolution, but some additional data points:

- we are using AGS v10.3 in our Test and Production environments and are seeing the issue in both

- we upgraded our Test environment to v10.3.1 and applied the ArcGIS 10.3.1 for (Desktop, Engine, Server) Feature Service Sync Performance Patch, but are still seeing the sync errors.

- we upgraded our Test environment to v10.5.1 and are still seeing the sync errors

- the latest Collector for Android seems to work find against both AGS 10.3 and AGS 10.5.1

- we can't upgrade to AGS v10.7.1 due to changes there where services will fail to publish due to feature class registration issues with some of our data warehouse feature classes (being resolved on the data side but not soon)

We are working with Esri tech support and will continue to use Collector Classic as a workaround until this is resolved.