Sync asks you to "Enter valid credentials for map layer.."

​Hi, we are trying to sync data to our ArcGIS online organisational accounts, using Collector 10.3 on iOS 8.3, but get a message saying

"Username or password invalid. Enter valid credentials for map layer <layer_name>" then prompting for a username and password.

This offline map has 4 layers, only one is editable with data that needs syncing. We put in the correct user details associated with the offline map for that device but continually get prompted for each layer (it appears to be prompting for only the non editable layers so far) it goes on and on like this and never syncs so you have to cancel the sync.

The iPads have been away with students for over a week in the field using offline maps, now returned today for syncing. The data layer is a simple point layer with several text and number fields plus quite a few attachments (photos). I did a simple test afterwards with a single feature with 1 photo attachment and get the same message, frustratingly we are sure we tested offline data collection with these maps and subsequent syncing as we've had sync issues before when we tried to use Collector in the field.

I've attached a screenshot of the message.

Anyone one come across this one?

I have just run in to this problem today. Also with the un-editable layer requiring credentials. It is very frustrating.

I found out if you remove the layers that are not editable from the hosted map the problem half resolves, you can sync all features collected but none of attachments appear to upload, and no error messages as to why. The only good thing about this is (and I have 12 student iPads full of data I wanted to upload quickly) when you remove the un-editable layers there is no need to re-download the map onto the device which would probably mean losing any already collected data. A sure thing for me would be to use ArcGISs copy runtime  gdb to fgdb tool and manually upload data to ArcGIS Online from each iPad via iTunes and the ArcGIS Desktop app but thats a long task, I'm still hoping to find a resolution to the attachments issue of not uploading and a "why" is this doing this answer. During all this I updated to 10.3.1 but I don't think that helped anything, I also tested downloading a fresh copy of my map to a device with 10.3.1 but still ran into the same issues if I left the non editable layers loaded in the hosted map.

I ran into this issue this week also.  I have the exact setup as you (1 feature layer needing updates and 3 reference layers).  We ended up, reluctantly, enabling editing and sharing to the organization on our "reference" layers on the map.  So far, we haven't had any username/password prompts pop up since.  We also noticed that wifi signal strength was an issue with syncing and found we needed a very strong connection to sync without errors.  We almost lost a day's work by our interns!

In short, you might want to enable those layers in the webmap and try to sync on a good wifi connection.  Keep us updated.

Thanks, that makes a lot of sense. I'm having this exact same problem and suspected that enabling editing on all layers was the solution. Previously, ESRI required that ALL map layers be editable in order to be synced, otherwise map download wouldn't work. I had editing enabled in the properties for all reference layers and collection layers and used the workaround of disabling editing for the reference layers in the webmap.

At some point, I realized that these editing requirements were no longer explicitly stated in the help as they had been before, although I cannot find any documentation from ESRI stating these changes. Regardless, on a hunch I disabled editing for the reference layers and the map download worked fine so I figured that the changes were legit. It would be nice to have a more concrete explanation when map and layer setting requirements are altered other than the 'what's new' blurb because this change seems to have some serious repercussions.

For now I guess I'll go back to the original way, but its problematic to have static reference layers editable, even with disabling editing in the webmap workaround. 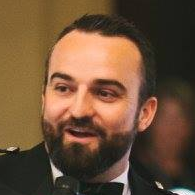 Bit late to this thread but there's not much else I could find relevant to this issue, so thought it worth a post.

We have a script that creates one map per job, on average this is 5 jobs per user at a time. Offline maps are set to create sync versions per 'user' though (i.e. multiple maps but only one sync version per user). Note: all of these maps are almost identical except for their map name, map extent and bookmarked work area.

I found that out of 6 field users, only 2 users had this error appearing. Also once this error appeared for one map, it seemed that it would then appear when syncing any one of their 5 job maps. I used the suggestion Carlos Porras and Danielle Kulas had been discussing, to re-enable editing on un-editable layers. I only went into one of the 5 maps and re-enabled editing on the one reference item we have. Then to my surprise this not only allowed this map to sync but seemed to have a roll on affect and all maps were then syncable for that user.

I also agree strongly with Carlos Porras's comment  "try to sync on a good wifi connection". We have seen a lot of evidence that proves that syncing on a weaker WiFi connection will have a far higher chance of causing syncing issues.

TL;DR: I re-enabled editing on the only un-editable layer in the webmap, then was able to sync.

OK, I shall have another look at this next week - thanks for inputs so far

I just came across this issue today. I have always had to enable sync on all layers of an offline map. Today even with sync enabled I was getting a request for credentials to load the last layer onto my phone. I deleted the offending layer from my contents and reloaded it and then it worked. I have no clue why, as I did nothing different.

Hello...I encountered this "Enter valid credentials..." issue in Collector (v17.0.1) after our organizational AGOL account was enabled to "Allow access to the organization through HTTPS only." The solution was to use the ArcGIS Online Assistant to update the URLs of both the services in a web map and those of registered apps and services by adding an 's' to URL paths as needed.

Thanks for your comment Tony. We also had the Enter valid creditentials... error message after we updated our AGOL from http to https. It appears that some map services didn't update to https and when we tried to access these services through ArcGIS Collector we would get the error. The ArcGIS Online Assistant helped find these services and allowed us to update the services manually to https.