My organization has recently been running into a consistent problem downloading Offline Map Areas in the new Collector. This may be similar to other issues users are experiencing but I have not seen anyone post this error message yet.

These errors so far have all been occuring on phones and tablets running Android operating systems, although they are happening on iOS too.

I have created a number of offline map areas for use in the field. The map begins to download alright but when the icon is almost complete the following message appears at the bottom of the screen "An error occured downloading the map area". I've managed to download several other, smaller map areas and sync them without issue, but not this one. This specific area is 228.7 MB.

When going into Server Manager Error Logs the most consistent error with every download failure is the following:

The web map itself from which the offline map areas are devised does not appear to be missing any layers, and it has been refreshed and packaged prior to a download attempt. Is it a size issue? An instance cap issue with the SyncTools? The Offline Map Areas would be a great functionality for our team but it's been unreliable so far and isn't very explicit in telling users what exactly went wrong.

Any advice or suggestions would be greatly appreciated!

One of our workers just created and downloaded a 2GB offline area yesterday.

It's like it decides to work sometimes and sometimes it just doesn't. I'm wondering (and hoping its not the case) if our server just can't handle too many packaging/syncing queries at once. We have 8 cores I think, so I may have to fiddle some more with the pooling/instance settings.

by JacobHemingway
New Contributor II
Thanks Henry,
I work with large servers, have only 2-3 field users, and our offline map areas require minimal internal storage. I agree in that sometimes is works and sometimes it doesn't, so it's a bit frustrating at the moment. I'll continue to troubleshoot, but I'm hoping for a patch or ESRI update to fix the issues.

Returning to this topic,

After some comments from some other colleagues that use Field Maps/Collector with less difficulty/challenges than I had, I did some more troubleshooting. I added in layers one by one to see if there was a specific one that was tripping up when downloading.

What also may be a contributing factor to my difficulties is that I'm not just using these offline map areas solely for guidance. I have a couple of live hosted feature services that are frequently updated present on them. The UI also recommends to "Recreate" areas if Domains have been changed or Fields added to any of the layers. Which happens occasionally for us - and forces a cascade of repackaging I have to do for all areas that use those layers.

The documentation of whether someone needs to manually "update" or "recreate" the map area still seems a little dense and not obvious - but as an admin I used the Update function on Portal for a number of map areas (additionally, I reduced the level of detail to something more sensible than I had before - I don't know why I was trying to get Room 1:100 detail for every Map Area - Buildings 1:2500 has fine detail for the package size). Downloads seemed to be more reliable - so its worth additional investigation by others.

Don't get too excited though - I still faced many failed downloads. And its frustrating that I may have to go back manually and Update Map areas after new records are added in the field - although that looks what I'll have to be doing. Theoretically, changes made in the field should sync back to the Map Area for everyone, correct? But when I downloaded Map Areas after the Hosted Feature Layers present on them had been updated offline, and changes synced back - downloads failed regularly - I could be wrong though - it's tough to tell where things are breaking exactly.

i am having the same issues with .mmpk maps i have uploaded to our online esri group.

the map is large (2.5Gb), failed on download to the Field Map app on an android device 3 times.

i then clipped the area smaller so that the file size went down to 1.8Gb, worked first time. 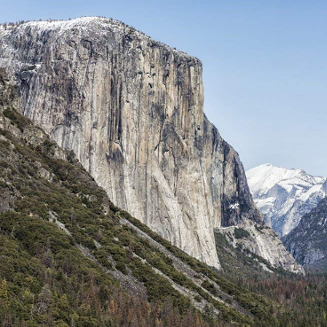 I have the same issue occurring on an Enterprise 10.8.1 setup. No offline areas download properly on my Android and the developer tools (press login 3 times) show "placeholder", nothing helpful. They make applications 70% complete and advertise as a fully functional built-in solution.

Some of my Feature Layers I intend to use on the offline maps comes from a variety of sources, several are added through GIS data provided to the public by state and federal entities that I re-publish as Hosted Feature Layers to our organization, others are published to AGO via ArcMap or ArcGIS Pro, some created from AGO directly.

I guess if there's some incongruity between data sources, projections, and schema it probably adds to the difficulties - however I need a lot of those reference layers.

I can try providing a detailed basemap as that has helped reduce download size and result in more reliable successes but most of my field users expect some degree of interactivity with the provided reference data, so I can only do that with the aerial imagery basemap.