I am trying to follow the directions to sideload via OneDrive and the Files app instead of using iTunes on a laptop that is connected to the iPad.

I got the vtpk onto my iPad via OneDrive and was able to copy it and paste it into the Basemap folder of Collector. It did not show up in my offline basemaps.

I then did the same vtpk via iTunes and noticed that it creates a folder with a guid name and puts the vtpk inside there, and that in iTunes you drop the file at the Collector level rather than in the Basemap folder. It showed correctly in my offline basemaps in Collector

However I still can't see the basemap in Collector, even though, to the eye, the result in the file structure looks like what happens from iTunes.

Not sure what to try next.

It looks like you are following the recommended steps -- in Files copying the uploaded basemap file to the Collector folder (Configure Collector > Copy a basemap > Copy the basemap tile package to the device—Collector for Arc...). And it is getting moved correctly. A couple of things to check:

Hi Kylie, thanks for the response.

2. Yes, I can see the vtpk in Pro and also when I added it to Collector via iTunes I can also see it in my offline map correctly.

(Colin Lawrence‌ have you seen this behavior?)

Definitely. It's just OpenStreetMap data that I used to create a sample vtpk for testing. It's about 350MB so let me know how I can share it with you. Could add it to AGOL and share, but if there's a different file transfer method that's probably easier.

Since you have it in OneDrive, do you want to just share a link to that? kdonia at esri dot com 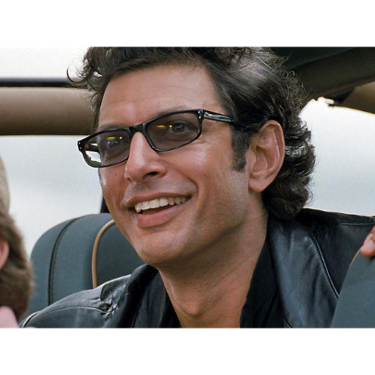 During development we saw what seemed like a one off issue of a corrupt package when transferring via OneDrive. I am not sure if that is the case here but it does make me suspicious. I would recommend using iTunes/Files app if at all possible to sideload basemaps. Once a basemap is placed at the root Collector folder, it will create the basemap folder (if necessary) and distribute the package to the correct subfolder(s). Perhaps you also had an issue with the existing Basemap folder in your first test as well?

I had the same idea about the OneDrive copy being corrupt so I made a copy of the vtpk and also transferred that via onedrive to the ipad, made sure it was available offline in onedrive on the device and then copied it via Files to the Collector folder to make sure it wasn't a one-off problem, but it still did not work.

I have 3 other tpk basemaps in the Collector Basemaps folder that work fine and when I have the vtpk in there that is copied via iTunes it works fine as well.

I think the key here is the process of transferring from the computer to the device. In the case you are having issues with, this was done via OneDrive. During this process we had also experienced an issue on our end. Unclear if this was network related or OneDrive related but it didnt seem reproducible at the time.

Moving around packages via the Files app shouldnt be the problem as this was tested more extensively. We envisioned the scenarios where an administrator may use Airdrop to distribute packages from their device to fieldworker's devices thereby sidestepping the process of connecting each device. You can then use Files to place the package in the Collector folder and Collector should handle it from there. You still need to load it to the first device by which the recommended method is Itunes.

If you want to go a bit further it could be a good idea to reinstall the app, thereby cleaning out the Basemaps folder altogether and eliminating that as the potential cause.

Uninstalling Collector and having to reload all my basemaps is not something I'll do lightly - I've got 150GB of ortho imagery on there now. But I may find time to do it in the upcoming weeks.

I did try to think about how to test if my vtpk was corrupted by Microsoft OneDrive though.  In the Files app on the ipad I copied the non-working vtpk from the Collector/Basemaps folder and added it to OneDrive on my ipad. I then synced that copy up to my PC that has OneDrive and browsed it into ArcGIS Pro. It showed up just fine. So "corrupt" seems debatable. A vtpk that was synced down to my ipad via OneDrive, moved to Collector, non-working there, copied on the ipad, and then synced back to my PC via OneDrive (two trips via OneDrive) wasn't mangled enough to be unviewable in Pro. But is Pro more forgiving of a vtpk than Collector iOS?

Moving around even a 350MB file with our enterprise VPN is slow, so I haven't been able to test everything I've wanted to.  But so far it's inconclusive OneDrive is the culprit.

In any case, our organization is really trying to lock down devices and external connections. Right now we have to have a special exception to connect any device (including an ipad) to our PCs and a special exception to run iTunes.  They haven't superglued shut the ports yet, but it's not far off. So we're looking for ways to transfer files without physical connectivity.

Looking toward the future, I really need the ability to sideload really large files (80+GB) to ipads to be used by Collector.