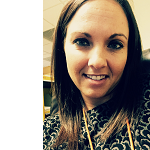 I created a web map with graduated symbology (polygons symbolized as graduated points based on acreage).  The rendering in the web map is as it should be - one point per feature.  But when viewed in Collector, the graduated points are now showing up as vertices of the polygon instead of one point per feature.  Is Collector not capable of handling this type of symbology?  Possible solutions?

I'd prefer to not have to export the polygon centroids (and symbolize by that) because then I'd have to update that feature class as the main feature class gets updated.

Esri will release a new version of Collector with based on a more modern runtime version and that may solve the problem above.

Johan Ekenstedt‌ is correct in that we will be releasing an updated version of Collector that will include support for richer symbology.  Look for beta announcements about this in the fall.

It is important to consider the symbology that is needed for mobile field data collection may differ from what you use in the office.  Thinking about bright light, screen reflection, and device size when authoring your layer symbology is essential in developing a great user experience for your field staff.

Thanks guys!  I appreciate the responses.  Hopefully the update will fix the issue or allow for a better work around.