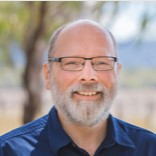 We have a number of Panasonic FZ-G1 ToughPads running the Collector app and everything has been running just fine. However, we've just had to re-install Windows 10 on some of them and now Collector isn't reading the integrated receiver properly.

I've re-installed Panasonic's GPS Viewer software, and the receiver is working as it should. However, Microsoft's Offline Maps is also no longer able to receive the integrated receiver signal to show my location.

Is anyone aware of any drivers etc. which would have originally been on the ToughPad that wouldn't have been re-installed when we re-loaded Windows 10?

Having the same issue. Have you found a resolution to this? Thanks

You are missing the sierra wireless gps drivers for your integrated reciever.