Whenever I apply a rule to a shape, nothing seems to happen. When I actually select a shape on which I applied a rule, I can see the wireframe structure of the model as shown below : 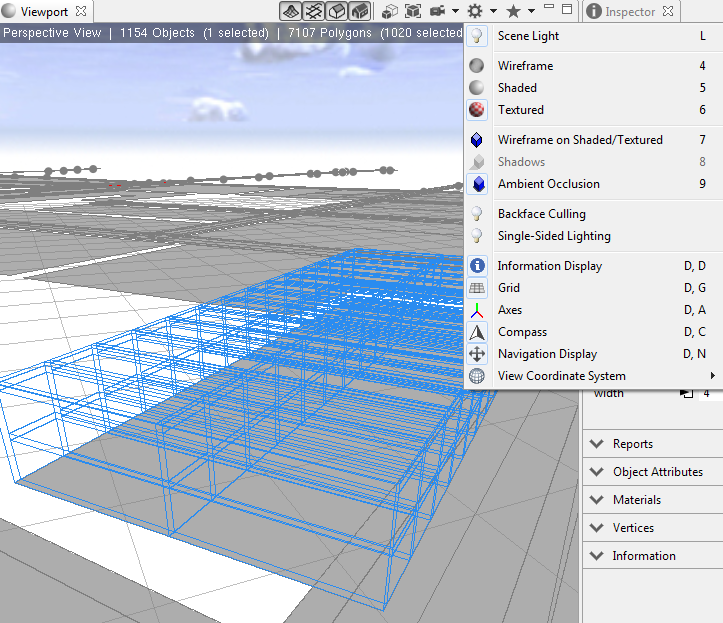 I get the same result with both Lots and Streets, with a simple rule like :

Could you please help me figure out what I have missed ?

CE does not yet support virtualization. That's on the roadmap though ..

Do you get an error messages in the Log Window ?

Does restarting CE help or is the issue consistently appearing ?

Your graphics card is AMD's right, before also encountered the same problem

did you update the graphics drivers ?

I found the cause of problem but not the solution.

CityEngine like some other software won't work on a virtual machine using vmware player. I have a nvidia graphic card and even if I enable 3D acceleration in the VM settings, the VMware SVGA 3D doesn't seems to be recognised as the nvidia card.

For example, I can't install nvidia's drivers to the host operating system (win7). It doesn't seems to affect some software, and some won't even start. When CityEngine starts, there isn't any error message saying the graphic card is not supported or recognized.

Any idea on how to use CE on a virtual environment ?

CE does not yet support virtualization. That's on the roadmap though ..