I have inserted two 3D objects from outside CityEngine using the i() operation.  When I apply a texture to these objects, they become really dark (although still textured).  The first series of objects I tested this on work correctly...and still work correctly when I re-generate, but every other instance of the same operation results in the darker objects.  I have tried set(material.colormap,x) as well as texture(x).  See attached. 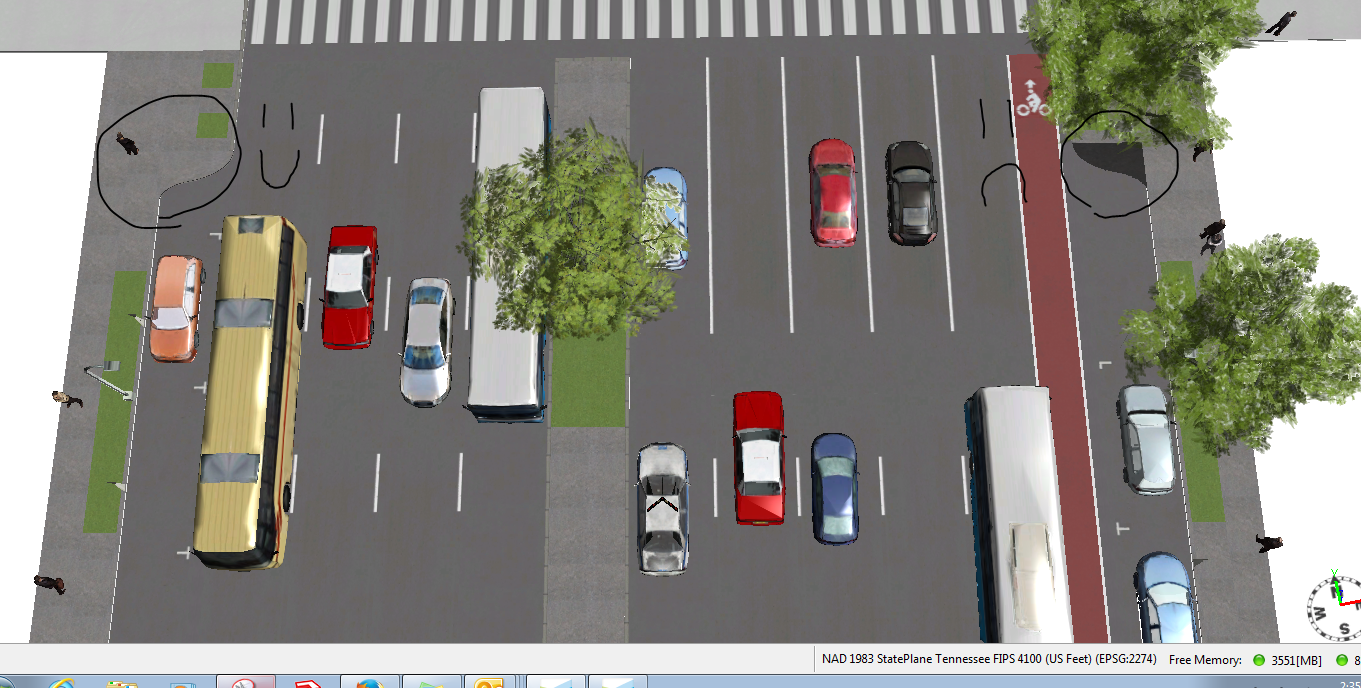 This is actually a great question because it gets to an important aspect of customization of the Complete Street Rule which is key functions that are pervasive through out the rule and its general function.


Specifically, the thematics for the rule tie into a color functions that is located at the semi-top level of ever mode's area of influence (generally). Some rules have them embedded in them directly (Bikelane is a good example because it is called on the sidewalk too.

The Attribute "Display_Thematics" drives this functionality in the rule. For example if you choose impervious surface area, the "_Mode Classifier" functions will make all vegetation blue, and all other street objects white. If you choose "Bicycle Highlight", all bike infrastructure is emphasized by the chosen color in the rule.

In order to have edits use this functionality you need to use the color functions similar to the example here.

Other areas that require modification might include reporting aspects of the rule like cut and fill, paint area,  usage, preference (depending on intention), and other reports.

That said, the textured object you insert would need to have the same texture source I think to match, but I have not tried to get inserted objects to match exactly in the rule so tell me if this helps. The fact that it is matching on one and not the other though suggests this might be a normals issue, or perhaps an orientation issue. It might be that one side needs a different copy of the OBJ with a different orientation. I have ran into this problem before I believe too at some point...