Can you configure popups in the scene viewer using a scene layer package similar to what was available with the old web scenes (.3ws)?  Scene Viewer 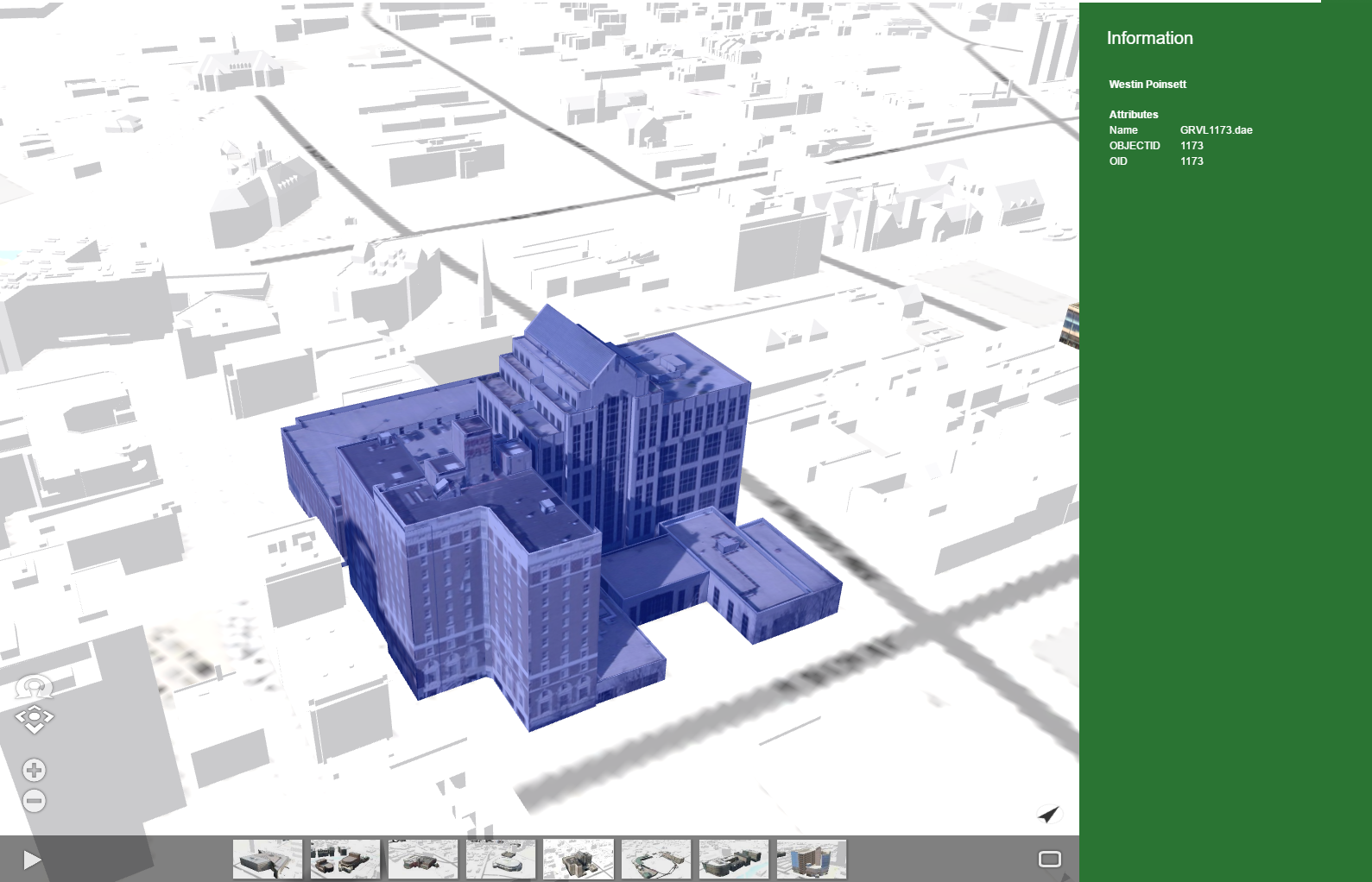 Object attributes on shapes in CityEngine, exported to a scene layer package, show up as popups in the scene viewer.

I was wondering the same thing.

I was able to upload a separate 2D polygon dataset to the same location as my 3D buildings (same scene), extrude them within the scene viewer, make them transparent, and use them as the trigger for the popup.  However, this seems to cover up the shading of the 3D buildings.  Is it possible now or in the future to use the 3D objects attributes for the popup in a scene by uploading a scene layer package? 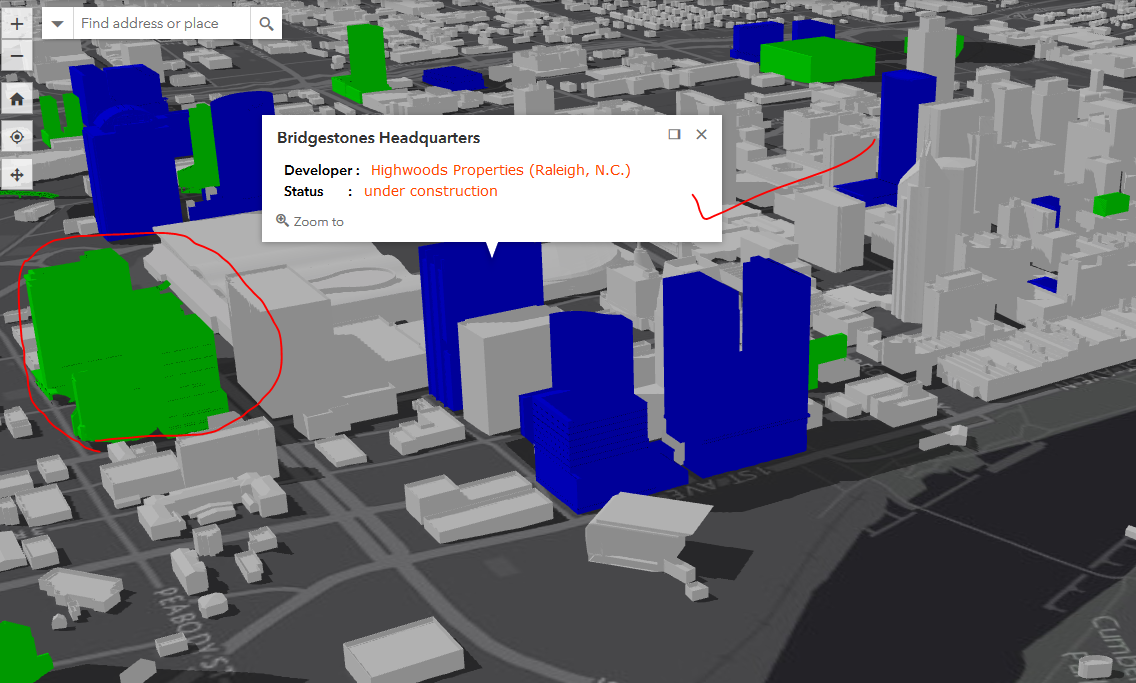 without invisible polygons (better image but no popups 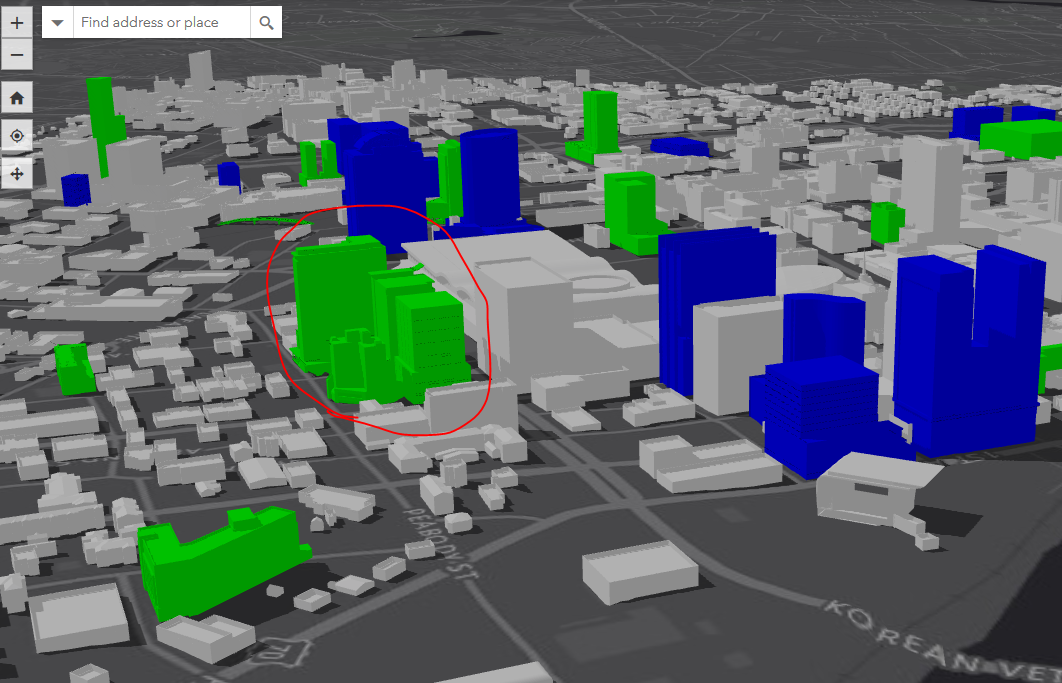 Sorry, the last post was incorrect.  In CityEngine 2016.0, the object attributes are not exported.  We are currently working on exporting reports for 2016.1 which will allow you to put object attribute information in popups.