I have been struggling with poor rendering quality in the Scene Viewer on our Portal. Colored faces appear patchy or as if there is face conflict. The white patchiness is dynamic and shifts as models are rotated in the scene viewer. The models render as solid color surfaces in CityEngine prior to exporting as a scene layer packages. Any tips on ways to have these colors stay solid when rendering in the SceneViewer? Attached are screenshots of this issue where colored faces are not rendering consistently. 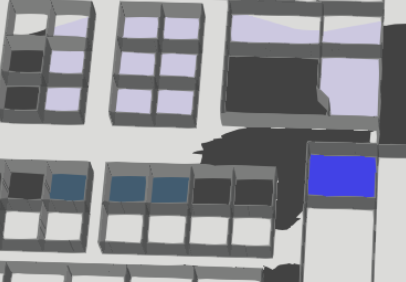 Are you generating double faces in your CityEngine models, such as two faces that are exactly on top of each other so that they fight to be rendered on the screen (z-fighting)?

This can happen for example if you create a floor plane for the floor but also do some reporting on the floor in a different rule.  The geometry generated by the reporting rule can be eliminated by terminating the rule with NIL.

Or, there might be a bug at certain zoom levels.  If you zoom out, do you still get this problem?  If you zoom in to the closest zoom level, do you see the problem?  Do you get different colors if you re-export the slpk and create a new scene viewer scene?  If the problem is not fixed by the comment in the first paragraph (z-fighting), then would you mind posting your code and your CityEngine scene (.cej) file?

Thanks again for your help Cheryl. I do get the problem regardless of zoom level, though the flickering appears to change with zoom level. The polygon floor colors do render correctly as solid color surfaces in CE prior to exporting as scene layer packages. Adding the NIL after the attribute reporting did not appear to solve the issue.

Unfortunately, I will not be able to pass along the polygon feature data these models are generated from, but attached is the rule file that is being used. The rule file was originally written in CE 2015.

Are the colors incorrect?  For example, if one floor is supposed to be blue, is the flickering color blue, or is it a completely different color?  (I would like to know if the colors are incorrect because this would be an indication of a bug.)

Note:  In your rule, there are still places where you could theoretically get z-fighting.  The AddOutline rule ends up creating the floor with the desired color.  However, for the rules Lot, Elevator, and StairMaster, it is possible to terminate with some shapes that are not NIL-ed.  But, this is not the problem.  If you have z-fighting due to the rule, you would see it in CityEngine too.  It would also flicker in CityEngine when you move the camera around.

Working with the Model Hierarchy Explorer

The Model Heirarchy Explorer is awesome!

I have also browsed over the additional links you attached, and they are definitely helpful. I will keep digging. 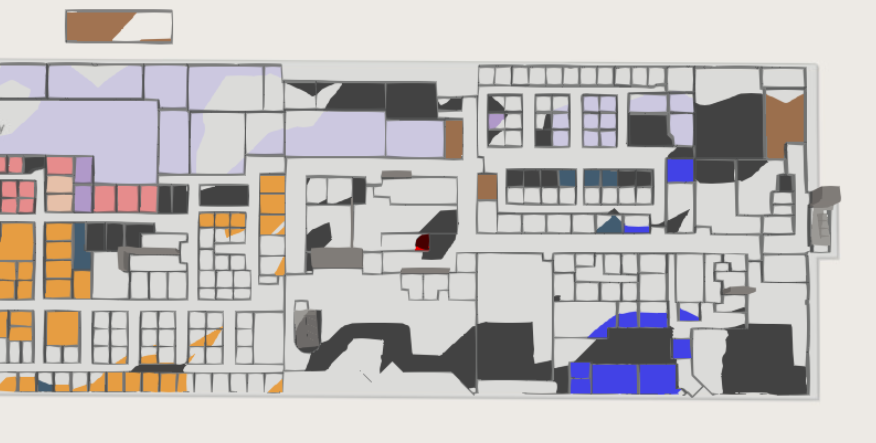 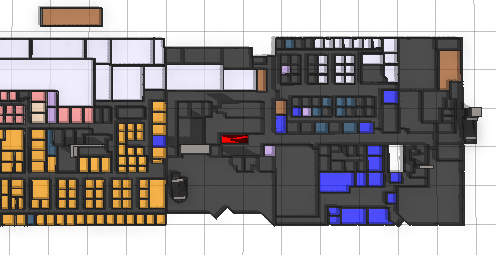 Oh, I thought the light gray background was another building that you had created yourself.  Ok, in this case, it seems like it is just the background, or base map.  (Note:  In the Scene Viewer, you can switch the base map using the controls on the right side.)  It also looks like your CityEngine scene is located at y=0, where the grid is visible.  In the scene viewer, there is z-fighting between the base map and your models.  To fix this, you should add a small elevation to your models in CityEngine before you export.  One way to do this is to select all your models and use the move tool to either manually move them by pulling on the green axis handle or type in the amount you want to move the models in the edit box in the tool bar.  For example, you could try to type in:  0 0.1 0.  This will move your models 0.1m in the y direction.

Here are screenshots of the same floor plan with an offset of 0.01 meters with the street maps and imagery base maps:

There still appears to be some sort of face conflict (apparently with the ground surface) for the ground level floors in the web scene, even after a 0.1 m vertical offset. Also, as it would be nice to have these floors snapped to the ground, any options on how I might work around this conflict?

Maybe the z-fighting with the ground is not the problem.  0.1m might still be small.  What happens if you raise it a very large amount?  Does the problem ever go away (when increasing the elevation by some large enough amount)?

Instead of raising the shapes by a certain offset, you could also try extruding the ground shapes to give them a certain volume.  Then, they can be on the ground, and they'll have a thickness, similar to real life.

Thank you so much. You have been super helpful. By removing the transparency and adding an extrusion to the fill color shapes on the first floor models, I was able to resolve most of the flickering. I am using a 10 meter DEM as a terrain surface in CityEngine,  though I have not been exporting the terrain to our Portal. In web scenes, it appears to load to the 3D basemap correctly. I think the main issue with the flickering for my models is directly related to the uneven terrain. I am not sure of ways to navigate this. For the building in the screen shot below, I have extruded the floors by 1.3 m and am still receiving some z-conflict flickering due to the gentle hills of the terrain (e.g. the left side of the building shown). The colors are solid with no flickering in CityEngine, regardless of elevation offset or extrude height. The issue only seems to appear in the web scene. 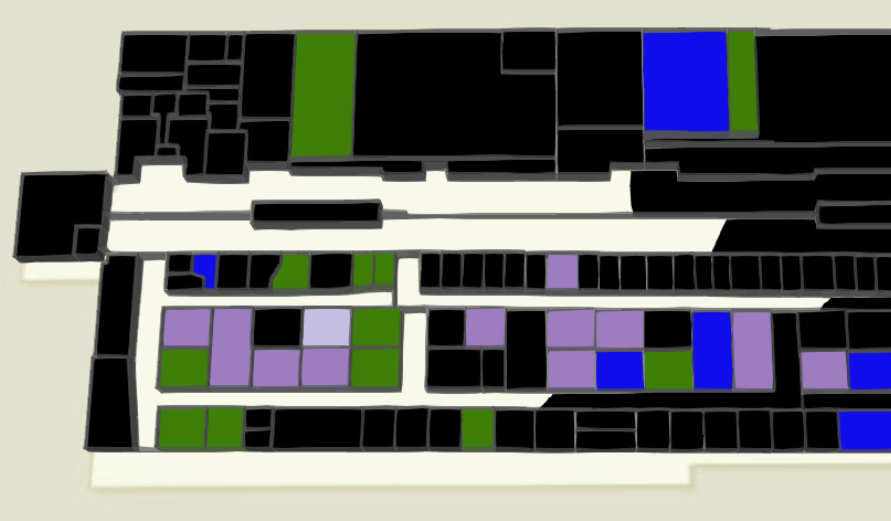 I did change some of the colors around and it looks like the rendering remains consistent in the web scene. The colors are accurate and the z-conflict still appears to be in the same location. I will keep an eye out for any issues with color that may look buggy, though I haven't noticed any as of yet. I'll keep you posted if I run into anything. 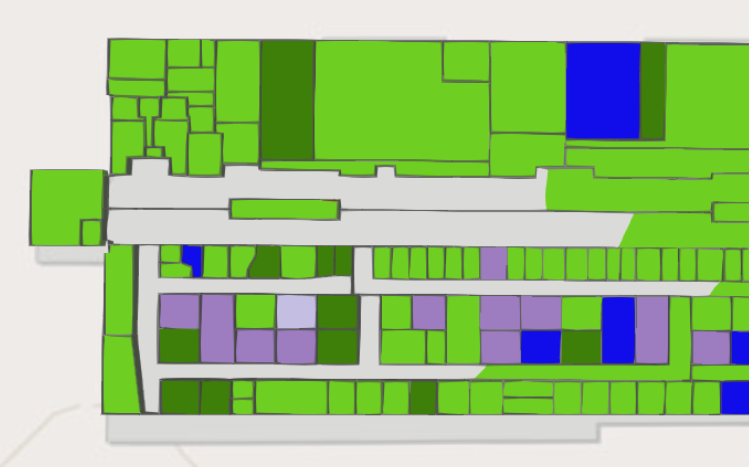 Turns out, I did find some color conflict. It appears in both CityEngine and the web scene.