in_memory\ for geoprocessing in ArcGis Pro?

In Arc Pro 2.6, the message ERROR 000210: Cannot create output memory\example is returned after I run my geoprocessing script.  The script is using Python 3.6.

I understand that Arc PRO is different from ArcMap in that it is 64-bit and does not block the application while a tool is running.  I read, however, that the mulithreaded approach writes on-disk in PRO when using "in_memory\\example " and not to memory as I prefer.   Using "memory\example", seemed to be the solution, but then it results in the error mentioned above.

Can you please help me in identifying a way to write to memory as I did in ArcMap with the goal of publishing? Below is a bit of the code that I used.  Any help is appreciated. 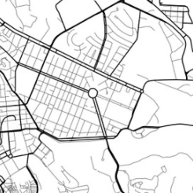 Just for testing- can you simplify your script?  Can the issue be with your query layer?  The arcpy.CopyFeatures_management() command to a memory feature works just fine for me.  I am using ArcGIS Pro 2.4.2 by the way.

Thank you for your reply.  I think the difference is using the interactive mode in PRO vs. standalone (arcpy from PyScripter).  For some reason, 'memory\' stores data in .gdb and not on-disk.

In Pro 2.4.x and newer (possibly 2.3.x too), "memory" should store data sets in-memory when using the interactive Python window in Pro while "in_memory" will store data sets on disk.

Looking over the code provided, I am guessing the problem is that you are prefixing your layer name with "memory."  Query layers, feature layers, table views, etc... are stored in-memory by design, so having a layer name as r"memory\LPRMQ" carries a high risk of causing issues.

Sharing with Python‌ because this is an ArcPy question and not an ArcGIS API for Python question.

Thank you for your reply.  I followed the example provided here in writing to memory.  It looks similar to in_memory and I thought that it would provide the expected results. I was wrong.  I believe that the example was using an interactive Python window.

Thank you also for sharing my question with the Python group.

Your use of "memory" with Copy Features is correct because that tool outputs a feature class.  Make Feature Layer makes a feature layer within the application memory space, it doesn't output a data set.

What results do you get if you change the following line:

Thank you Joshua for your response.  Unfortunately, I had to abandon this project in Arcgis Pro due to time constraints.  (It worked fine in ArcMap.)  I will use your suggestion when I revisit in_memory in ArcPro and include my results.

Has this issue been resolved? I'm running to the same issue using ArcGIS Pro 2.5

I just switched back to 2.4 which fixed it. But this could be a bigger problem though.

Could someone try to replicate the issue by running the following script using ArcGIS Pro 2.5?

I haven't used community.esri.com this much (to ask questions) until I switched from ArcMap to ArcGIS Pro. It makes me wonder if there are enough advanced ArcGIS users who actually upgrade to the recent versions of the software.