I am face with a situation where I have to change field value defining symbology. Initially I used Op Codes as the field value 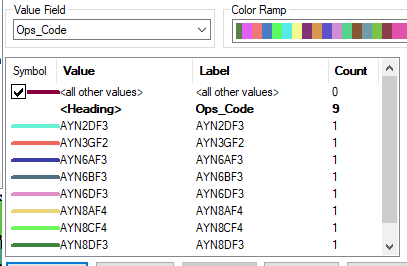 There have been changes in user needs and I know have to concatenate area and the Op Codes.  I have added an extra field Ops_Code_to_Legend 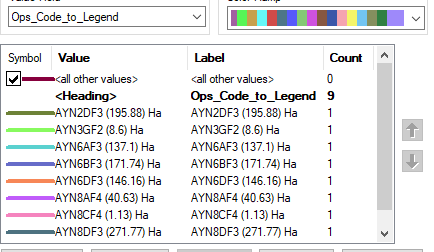 I need to maintain the same symbology. I have tried to import the symbology and that does not quite work. I have a code which changes the value field and applies symbology. It works ok but the symbology is different everytime (code below).

These are hundreds of maps.  Is there a way I can set the label in Pic 1 to Ops_Code_to_Legend or import symbology in a way that it detects the code in the concatenation and maintains  the  colour initially assigned to the code?