Arcgis API for Python: How to change Webmap popup/legend title

While trying to display some data, I encountered this issue where the tittle of the popups and the legend displayed are a bunch of random numbers.  I've been scouring the documentation trying to find out how to change the name displayed there but so far I've had no success.

I think the main issue is that the data that I'm passing comes from a dataframe and not from a named Layer or Feature. So either the name is generated randomly or it's some reference to some object id or something.

That results in the random numbers shown on the map: 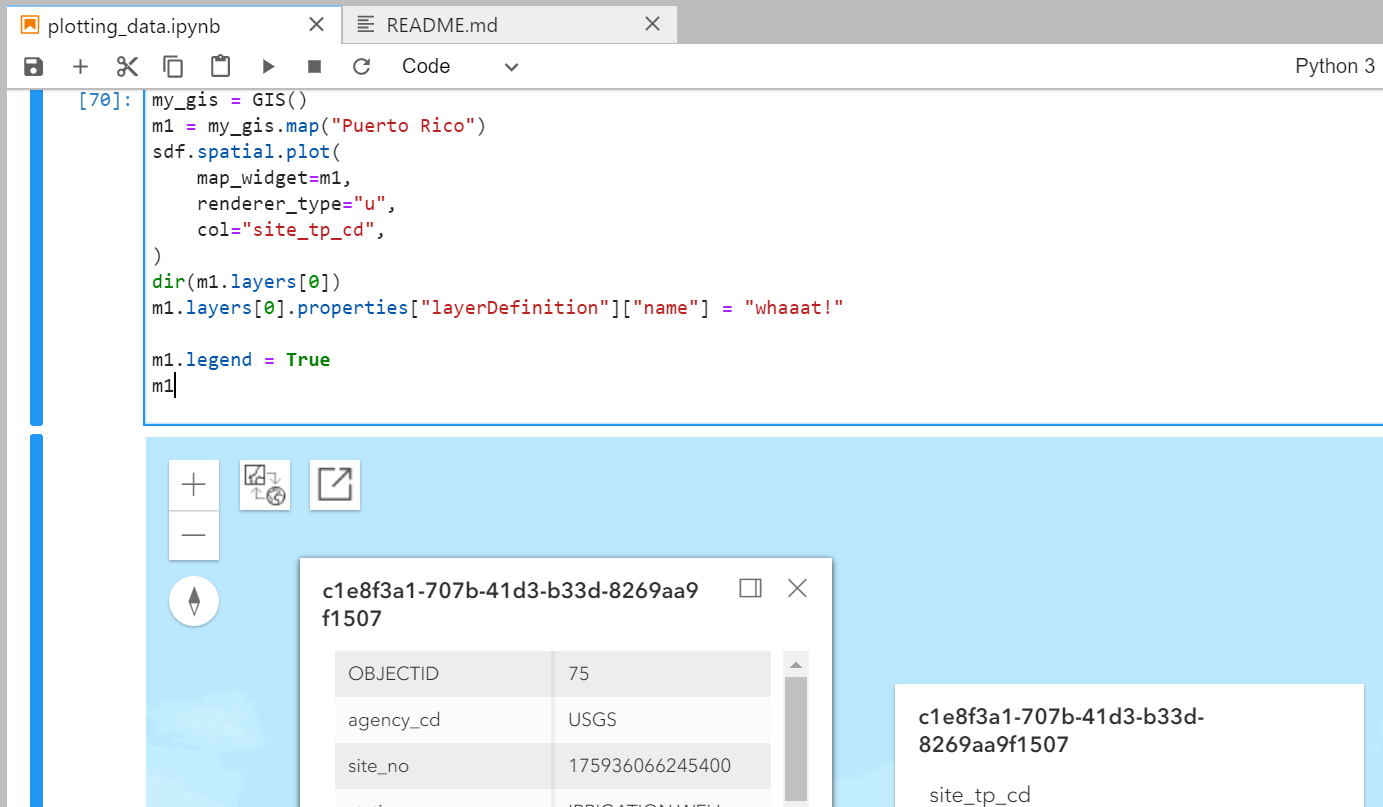 Is there a way to change the title displayed there without having to export the in-memory dataframe into some other kind of feature?