At the 2018 Esri DevSummit in Palm Springs, Omar Maher demonstrated how to predict accident probability using artificial intelligence (AI). The Applications Prototype Lab (APL) has built an iOS application allowing drivers to route around accident prone areas, suggesting the safest route available. The safest route has the lowest probability of an accident occurring on it.

Imagine that you could drive to your destination on a route that is the fastest, shortest and safest path available, knowing that the path will be clear of potential accidents, knowing that you will not become part of an accident study that month.

Parents could choose the safest route for their teen drivers, to avoid common issues and spots on the road network that are potentially dangerous.

In the future, the prediction will use real time inputs in its probability prediction.

Compare the screenshots below with 2 different probability inputs. The first image shows the routing information for a chosen accident probability of about 38%. 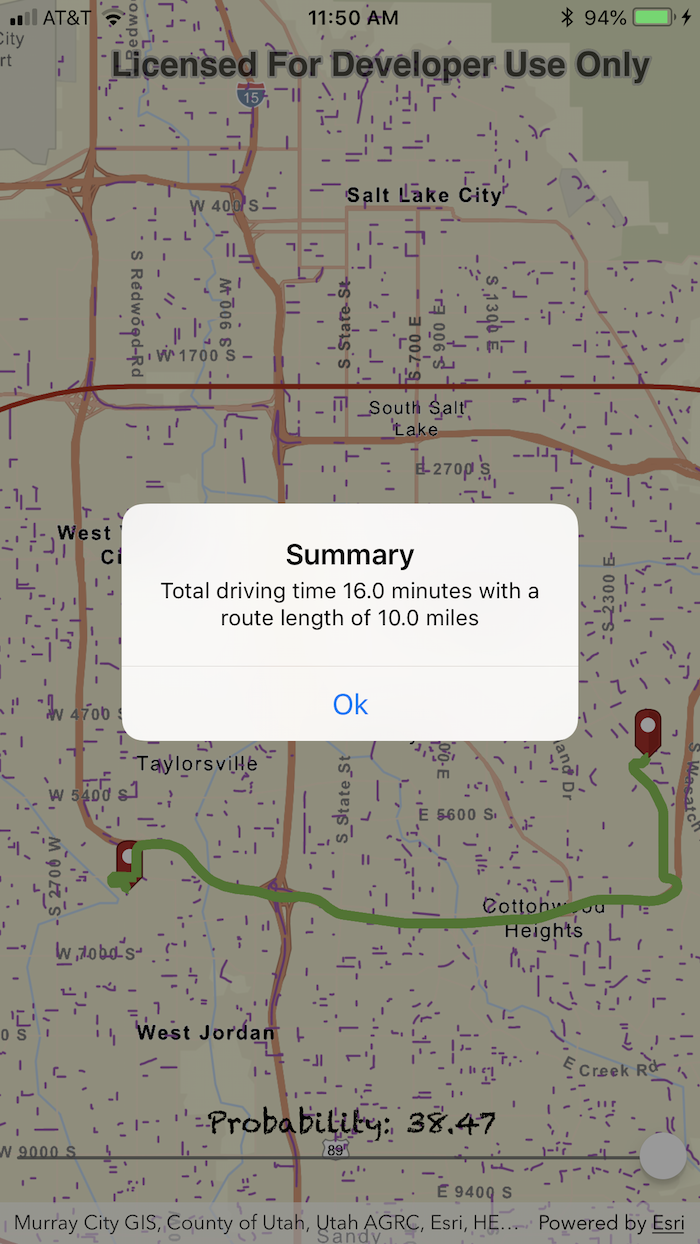 Reducing the chances of an accident to about 23% will cause the route to be longer in time and length. 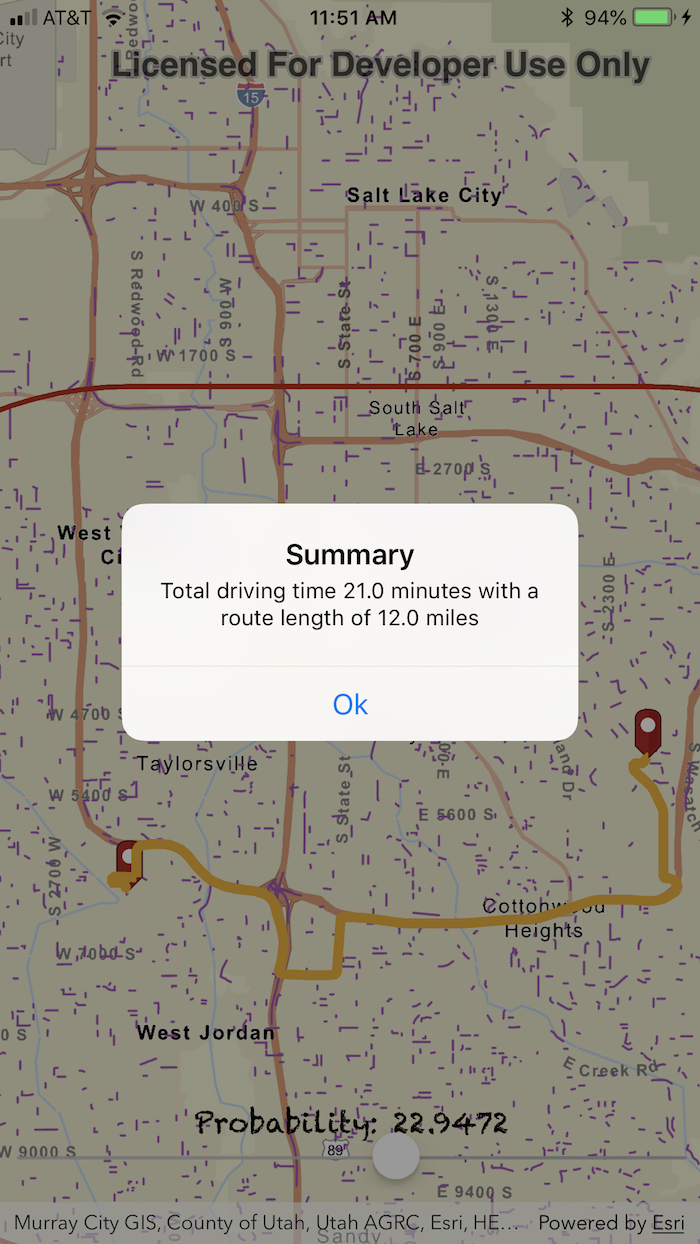 Here is a video showing how decreasing the probability of accidents will return a safer route:

The application uses the ArcGIS Runtime SDK for iOS routing engine `AGSRouteTask` that considers different barriers in the form of lines and polygons. Using the generated probability lines as barriers, the routing task will generate a route around the areas of the specified acceptable accident probability. All code is available upon request, but the feature service and credentials are private at this time.

In summary, we have shown the impact of accident probability on routing computations. Using the prediction models trained by artificial intelligence using historical and current road conditions we hope that in the near future accident probabilities will become an additional input for all routing engines.

About the Author
App Developer at Esri